Whether the world's first 'complete penis transplant surgery' was successful, erection and orgasm of the transplanted penis confirmed 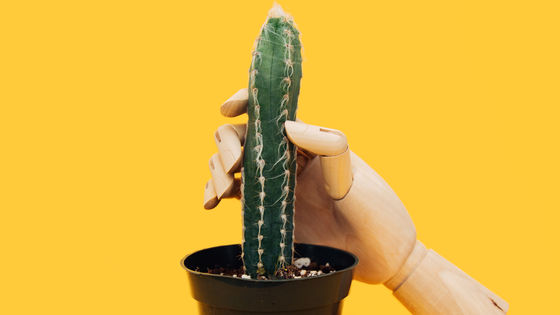 In 2018, a male soldier who lost most of his lower body due to a war injury underwent a major surgery in the world to transplant a penis, penis, and abdominal wall. One year after the operation, ' the new male penis was able to have a normal erection and recovered by the time he had orgasm, ' the medical team who performed the surgery reports.

World's First Penis And Scrotum Transplant Is Fully Functional Over One Year On
https://www.sciencealert.com/world-s-first-penis-and-scrotum-transplant-is-a-total-success-one-year-on

The man who underwent surgery was a male soldier injured in 2010 by a Taliban handmade bomb in Afghanistan. The male soldier survived, but lost his legs, genitals, and part of his abdomen. Therefore, the medical team at Johns Hopkins Hospital in the United States recommended male soldiers to undergo male genital transplant surgery. In South Africa, there have been two successful cases of surgery performed on patients who lost their penis due to an infection caused by circumcision. In the United States, one case of surgery in which a penis was partially resected due to penile cancer and then transplanted was reported, but all the reported cases of surgery were partial or only transplanted penile parts. On the other hand, it wasn't just the penis that male soldiers lost. It was expected that the scale of the surgery would be unprecedentedly large, including the abdominal wall and the inferior epigastric wall.

With the consent of the male soldiers to the surgery and the acquisition of organs from the donor, the world's first whole genital transplant surgery, including the penis, was performed in 2018. The total weight of the transplanted organ is about 5 pounds (about 2.26 kg), and the range to be transplanted is 10 inches (about 25 cm) x 11 inches (about 28 cm). However, due to ethical issues, the testicles were not transplanted. 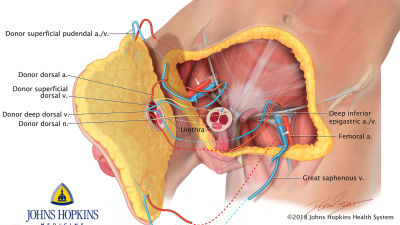 And a year after the successful surgery, case reports from the medical team show that male soldiers were able to erection almost normally and recovered by the time they had orgasm. The medical team said, 'Male soldiers have normal sensations on the axis and tip of the transplanted penis and can localize the tactile sensation. The patient has no swelling or frequent urination and urinates while standing. It can be excreted with a strong force. '' If the testes were also transplanted, it would have been possible to ejaculate the semen containing the donor's DNA. '

Patients are usually prescribed immune-suppressing drugs because organ transplant surgery is expected to cause rejection. However, male soldiers were able to dramatically reduce the amount of immunosuppressive agents by injecting donor bone marrow. At the time of writing the article, no complications or rejections were seen in the male soldiers, and the medical team hopes that 'the drug administration itself will be unnecessary within the next 5 to 10 years.' increase.

One year has passed since the surgery, and the male soldier lives independently with the help of his prosthesis and goes to college full-time. The male soldier said, 'I couldn't even consider myself a man for a long time. I don't regret having surgery. Agreeing to surgery was one of the best decisions I've ever made. '.