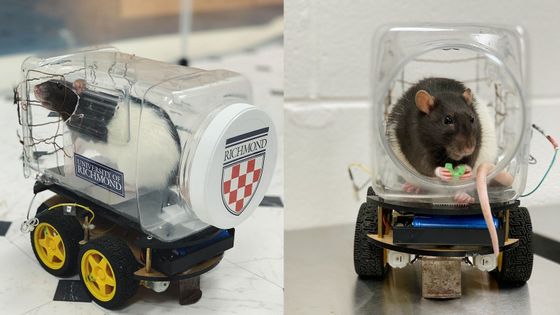 An experiment was conducted to let rats learn to drive a small car. As a result of the experiment, the rat mastered the driving of the car brilliantly, and the wild rat was better learned than the laboratory rat, and learning that driving the car reduced stress Did.

The experiment was conducted by a research team led by Kelly Lambert, who belongs to the University of Richmond in the United States. Mr. Lambert was interested in the “ neural plasticity ” of how the brain changes through experience and challenges. 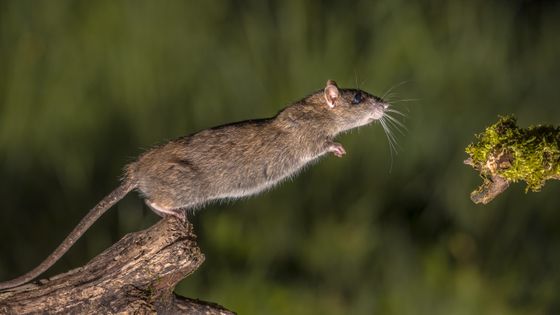 The challenge given to rats this time was 'driving a car'. Rats were given a special car with wheels in a transparent plastic container. This rat car is equipped with three aluminum pedals on the bottom, and each pedal can be used to turn straight, turn right, or turn left. The side of the car is transparent, so the rat can freely look out while driving. 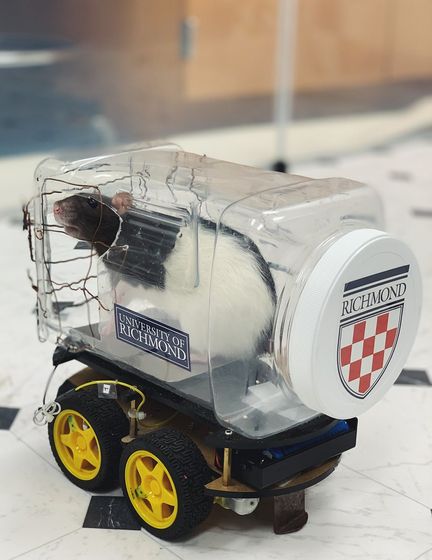 To get motivated to learn, when you drive a car and get to the goal set in the space, the rat is given a cereal called

Kellogg's fruit loop as a reward.

A movie observing how a rat trains driving a car can be seen from the following.

Video: Rats learn how to drive tiny cars in order to collect food-YouTube


In the initial experiment, the space that can be moved by car is rather narrow. The goal is the black and white block check wall on the back of the screen. The car starts moving when the rat in the car at the starting point steps on the pedal. The car goes straight while wobbling left and right ... 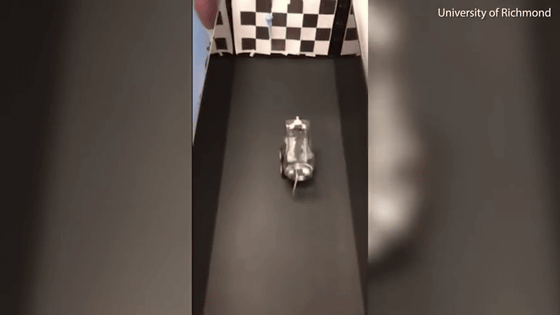 I stopped in front of the cereal hung on the wall at the goal. In this way, rats learn to drive a car for cereal. 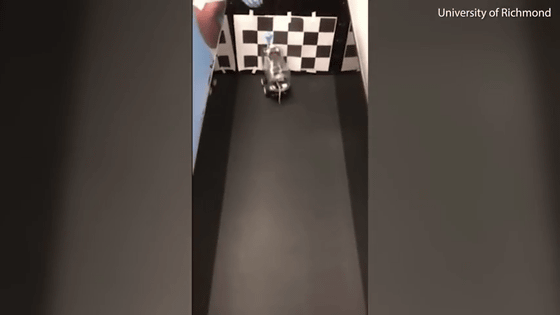 We will expand the driving space according to the driving skill of rats. Even if it is a 4 square meter space and the direction of the car at the start is 90 degrees to the goal ... The rat turned the car at the starting point to turn the car towards the goal. 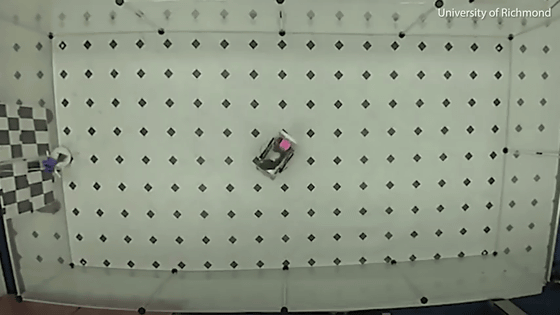 However, the car will hit a wall that is slightly off the goal. The rat visually checks the cereal and turns the car toward the cereal ... I got a nice cereal. Since then, the same experiment has been repeated. Some rats were able to turn on the spot from the start with their back to the goal and go straight to the goal without turning back. 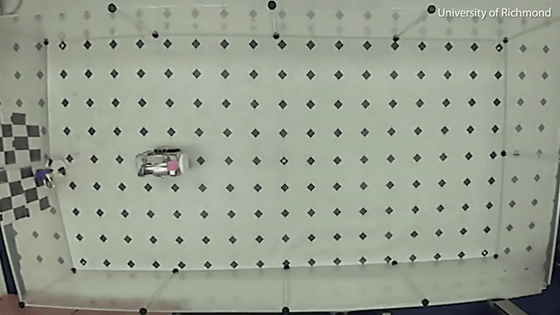 In addition, when investigating whether the rat continues to drive even after removing the reward serial, it was found that even if the reward disappears, the rat prefers to continue driving. Examination of the rat excrement used in the experiment revealed that the rat excretion after driving contained a lot of

dehydroepiandrosterone, which acts to suppress stress.

As a control experiment , the research team conducted an experiment that `` humans move the car on which the rat rides to serial by remote control '' and examined the excrement of the rat, the level of dehydroepiandrosterone is higher than after the rat himself drove It was also low. Mr. Lambert says, “When you drive yourself, rats may feel satisfied, like the self-efficacy that humans feel when mastering new skills, and stress may be reduced,” says Lambert. 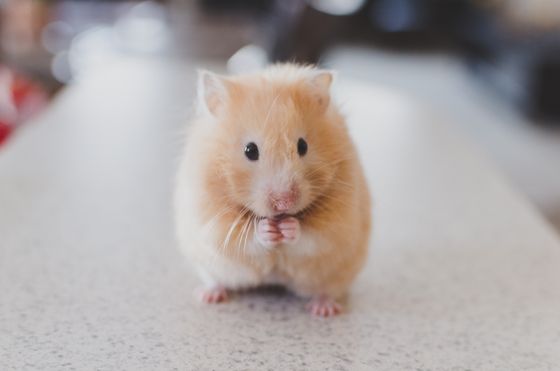 Mr. Lambert responded that rats mastered the car's driving brilliantly: “Rats are smarter than humans think, and experiments using rats may turn into more complex ones.” Said. In addition, he says to the results of this experiment, 'It shows that work also has the effect of reducing the mental burden.'