As a result of conducting a “ marshmallow experiment ” on crows that measures children's self-control and planning, a research team by Rachel Miller and others, a psychology researcher at Cambridge University, found that crows' self-control is equivalent to children It became clear.

Experiments on crows were done with apples and meat, not marshmallows. The experiment was performed 20 times, and in the first 10 times, an apple was placed in front of the rotating table and meat was placed in the back. Cover the turntable with a transparent case so that only the one that comes to the front can be removed. If you leave it for a while without taking an apple, the stand will rotate and you will be able to remove the meat after about 15 seconds, but if you take the apple before the meat appears, the stand will stop and the meat will I will not be able to take it. The research team observed whether crows passed through the less satisfied apples and waited for the more satisfying meat to come to the front. In the last 10 sessions, we placed a meat in the foreground and an apple in the back to test whether to take the meat immediately. 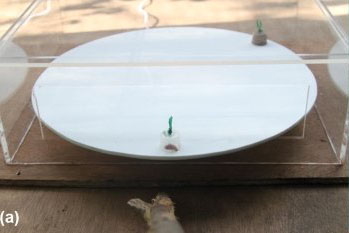 The procedure cannot be explained to the crow, so before the experiment, put the crow and the turntable in the henhouse and place food only in front of or behind the turntable to see how the turntable rotates. I was able to figure out what to do. Crows that did not respond to the food on the carousel were excluded, and the experiment was conducted with nine crows. A similar experiment was conducted on children to compare with crows, and results similar to those of crows were obtained, indicating that crow's self-control was not significantly different from human children. In the experiment on children, `` apple and meat '' is replaced with `` white sticker and glitter sticker '', `` small amount of meat and large amount of meat '' is replaced with `` one sticker and four stickers '' It was.

Miller said, “Children can guess from memory and determine which part of the turntable has a better sticker, but crows may have a weak ability to guess from past memory. The study may need to investigate the impact of memory and guessing on the success rate of the experiment. ' 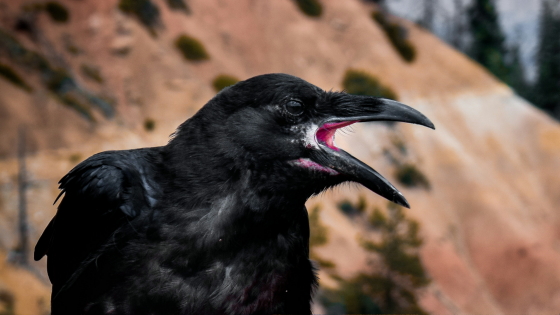