Research reveals that goldfish can accurately drive a 'fish driver' For animals, 'navigation' is an important survival ability, such as collecting food, searching for friends, and finding a refuge. Shachar Givon and colleagues at Negev Ben-Glion University in Israel and colleagues have a self-propelled water tank called 'Fish Driving Vehicle' to investigate whether navigation capabilities are environmentally or ecosystem-dependent or universal. (Fish Operated Vehicle: FOV) ”was made and goldfish were put in, and research was conducted to train the ability to drive toward the target. 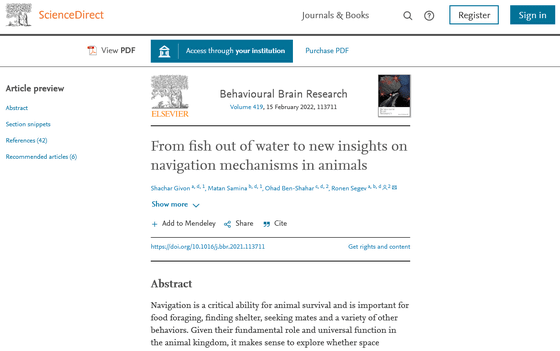 The research team created a FOV with wheels attached to a 40 cm x 40 cm x 19 cm aquarium. The FOV has a camera mounted overlooking the aquarium so that when the goldfish approaches a particular wall and faces outwards, it will move in that direction. The goldfish that participated in the experiment were 6 goldfish with a body length of 15 cm to 18 cm and a weight of 80 g to 120 g.

The FOV was placed in the center of a 3m x 4m room. The walls of the room are white on three sides, one with windows and the other with white curtains. Depending on the task, colored 60 cm x 40 cm corrugated sheets were placed on the wall as a moving target.

The experiment was conducted to see if the goldfish could see the target from the aquarium and 'drive' the FOV in that direction. Once the FOV reached the target, the goldfish were given 0.002 g of bait pellets.

As a result, the goldfish succeeded in 'driving' the FOV toward the target point.