Researchers announced that a huge explosion occurred in the center of the galaxy about 3.5 million years ago 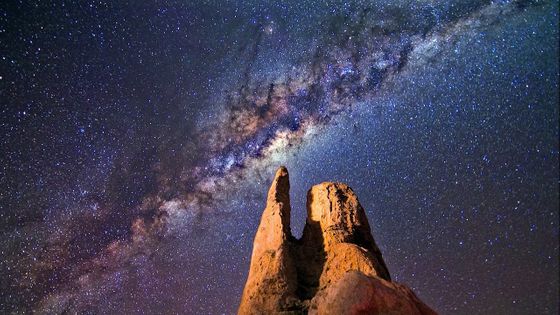 THE LARGE-SCALE IONIZATION CONES IN THE GALAXY
(PDF file) http://www.physics.usyd.edu.au/~jbh/share/Papers/JBH-Ionization-Cones-Oct19.pdf

Not long ago, the center of the Milky Way exploded
https://phys.org/news/2019-10-center-milky.html 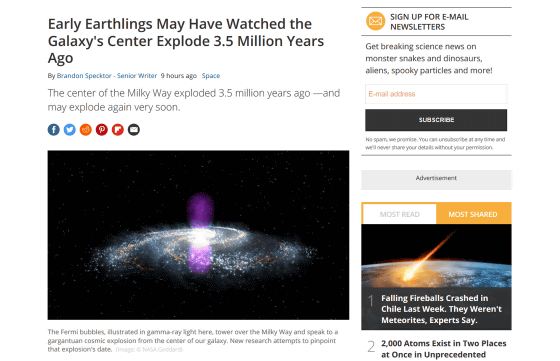 The age of Fermi Bubble is estimated to be several million years old, and it can be said that it is a relatively young person from an astronomical point of view. On the other hand, it remains uncertain how Fermi bubbles were formed, and researchers have investigated the causes of Fermi bubbles. 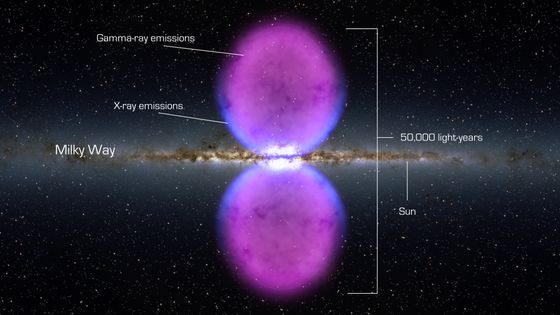 Research teams such as Jos Brand Hawthorne , director of the Astronomy Institute at the University of Sydney , observed and investigated a gas called the “ Mazeranic Stream ” with the Hubble Space Telescope . The Magellanic Stream is a gas band left on the trajectory of another galaxy that is called the Magellanic Cloud near the galaxy, and is known to spread over a very long distance.

The Magellanic Stream is located about 200,000 light years from the center of the galaxy. This seems to be a very long distance, but the research team thought that if a large amount of heat was released from the galaxy, there would be traces of intense heat in the Magellanic stream.

As a result of actual observations with the Hubble Space Telescope, it was found that most of the hydrogen gas composing the Magellanic Stream is very cold, but at least three locations are very hot. These locations are said to coincide with the north and south poles of the galaxy, and Mr. Hawthorn claims that the location where this hydrogen gas is heated is a trace of super-strong energy radiation from the center of the galaxy doing. The research team uses mathematical models to analyze how powerful energy radiation from the center of the galaxy affects the Magellanic stream. As a result of reverse calculation from the point where hydrogen gas was observed to be hot, it was found that the explosion occurred 2.5 to 4.5 million years ago. The explosion seems to have continued for about 300,000 years, and about the scene at the time when cone energy was emitted in two directions from the center of the galaxy, `` It should be similar to the lighthouse light, '' Mr. Hawthorn It was.

Since Australopithecus , the ancestor of humanity, is believed to have been born about 4 million years ago, early humans may have seen the explosion at that time. Hawthorne said, “When a human who lived in a cave walked on the ground, he could see a huge ball of heated gas if he looked at the center of the galaxy.” Since the earth is protected by the atmosphere, it is unlikely that humans were affected by energy radiation.

The findings suggest that the center of the galaxy was much more active than previously thought. Magda Guglielmo , co-author of the paper, said, “This result will dramatically change our understanding of the galaxy.” “We have considered the galaxy to be inactive. 'The result opened up the possibility of reinterpretation.' The research team said that there is a source of energy radiation and that the seat A * is considered promising, but further research is needed in the future. 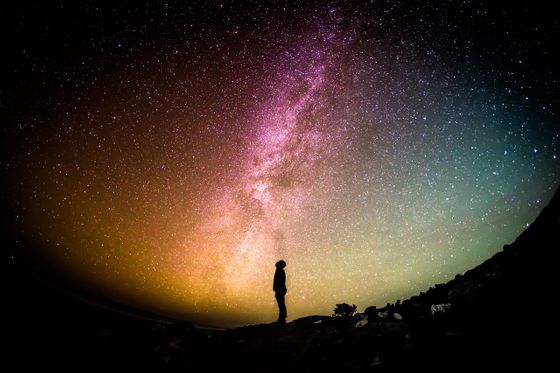