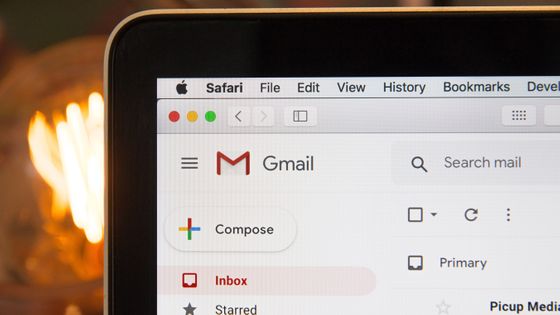 Richard Stallman was known as a free software activist and had a strong presence, including representing the Free Software Foundation . However, the content of the email regarding the Epstein incident personally sent by Stallman was seen as a problem, and many positions were resigned. Experts warn the situation as 'a dangerous move at the expense of future development.'

Stallman has been active as a hacker culture bearer since the 1970s, and is known as a proponent of free software and open source software, including the establishment of the Free Software Foundation in 1985. In addition to the representative of the Free Software Foundation, Mr. Stallman had many positions such as serving as a visiting scientist at the Massachusetts Institute of Technology Artificial Intelligence Laboratory (MIT CSAIL), but in September 2019 he held many positions I was forced to resign.

Stallman's dismissal from many positions was a single email about the Epstein incident, a scandal centered around Jeffrey Epstein , an American businessman. In this case, the names of many famous people, including the president and the British royal family, were lined up in the notebook of Epstein, who had been engaged in large-scale child prostitution. It was a big uproar because the expert said that “a suicide caused by suicide is a very rare suicide”. In response to this, exposed to criticism even MIT, which has received funding from Epstein, of the MIT Media Lab director Joi Ito has also been forced to resign Mr. Epstein has a wide range of friendships from politicians to academia, and was familiar with former US President Bill Clinton and President Donald Trump, as well as Steven Hawking and several Nobel laureates I have visited Little St. James Island , owned by Epstein. In response, Mr. Stallman sent an e-mail to defend the Mr. Minsky to people on the mailing list. In the email, the term sexual assault is ambiguous in that it is alleged that Minsky has performed 'sexual assault'.

Stallman pointed out that there is no objection to the facts that have been reported, and even if the sex between teenage women and Mr. Minsky is true, it is not appropriate to use the term “assault”. He said in an email that whatever content he wants to criticize should be explained in terms that avoid moral ambiguity.

However, Selam Jie Gano, an engineer who forwarded this email from a friend, disclosed the content of the email and developed an activity called “ Remove Richard Stallman ”. This case was not attracting attention in the initial digital media world, but it attracted attention by activists fighting against gender bias in the software industry, and criticism of Mr. Stallman gathered It's FOSS Says.

Mr. Stallman was forced to resign because these news were taken up by other media. It's FOSS admits that 'Stallman was not a saint, and there was a lack of consideration including this remark', but 'dangerous priority' is about to be formed I pointed out that. “It took only 5 days before Stallman was removed from an organization that had been working for over 30 years, and Stallman himself was not involved in the Epstein scandal at all,” It's FOSS. Sees this case as dangerous. 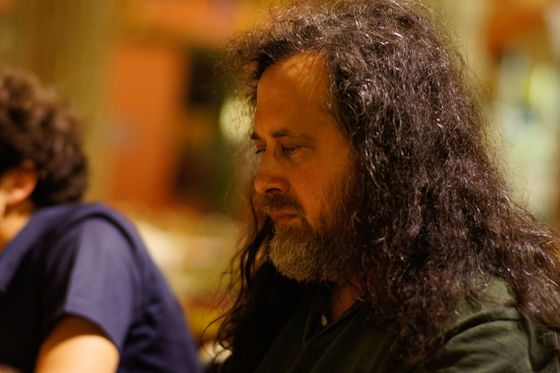 Computer engineer Geoff Greer denounces his blog that Gano's accusations are clearly twisted. In the email, Stallman focuses on the use of terms. As for the attitude of the women involved in the incident, “A lot of scenarios are possible, but the most reasonable scenario was that she was pretending that she was acting on her own. Epstein told her Assuming he was forcing his behavior, Epstein has a good reason to require women to hide their involvement. '

However, Mr. Gano summed up Stallman's remarks for some reason: “Stallman said,“ Somehow, he was totally pleased with the slaved child ”. This is not exactly what Stallman wrote in the email, but Greer points out that this false content has been diverted and spread to media such as Daily Beast and Vice. 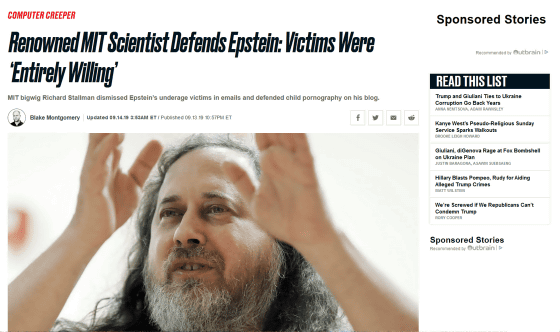 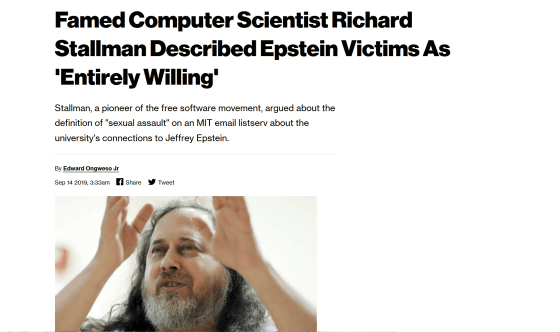 Greer commented on Gano ’s remarks: “There are two possibilities. The contributors of the“ Remove Richard Stallman ”activity did not read Stallman ’s text correctly, and the truth “In other words, she is either idiot or malicious. The same applies to Daily Beast and Vice reporters. Explaining that they acted as a journalist It ’s an insult. ”

Another point of concern is that Greer mentions that some of Greer's acquaintances and friends support the criticism of Stallman. When Mr. Greer pointed out that `` the contents are wrong '' to those who initially received Mr. Gano's remarks at the face value and criticized it, this time searching for other critical reasons, stalled again Mr. Mann started to insist that it was a person to be removed. Greer wrote that people who criticized Mr. Stallman by mentioning events several decades ago, and even those who claimed that Mr. Stallman should be removed because it is socially ignorant Asperger's syndrome It is.

Stallman, who has played a major role in the free software community for many years, has never received much criticism. Greer pointed out that no one in the world can be in the safe zone anymore once it is judged that a single apocalypse, failure of humor, and misunderstanding are enough to lose all careers.

Greer argues that many more people have overlooked that today's software environment came from Stallman's vigorous free software activities. People around the world can use free software on a daily basis because of Mr. Stallman's contribution, and Stallman has devoted his life to realize equal access to software even for those who are not wealthy I insist.

Greer warns that a social structure that thoroughly pursues a failed person, such as one of Stallman's cases, could greatly hinder future social development. “We are sacrificing the future to satisfy today's mob, which is a real risk,” Greer said. 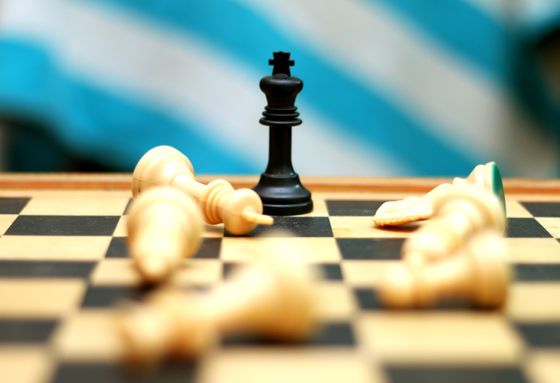