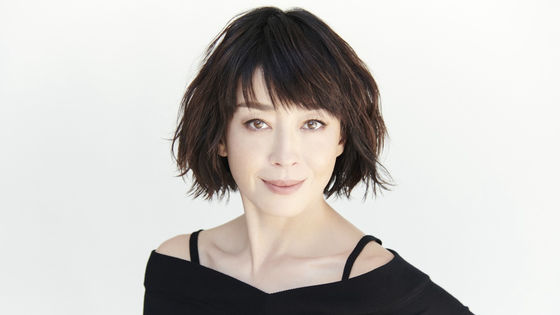 The Sotari's novel to the animated film 'Bokurano 7 days war' was an original, live-action movie of the public in 1988, '

seven days war of us and Mr. Rie actress Miyazawa, who served as first starred in' the same work I understood that it was appointed as the same role as Hitomi Nakayama.

The special video released in June 2019 was like this.

Movie `` Bokura no 7-day war '' special video release, a new battle about 30 years after the `` 7-day war '' where boys and girls fought in an abandoned factory-GIGAZINE Hitomi Nakayama, to be played by Rie Miyazawa, is a heroine position in the original novel. When the movie was made in 1988, the story was slightly changed, and Hitomi was placed in the main character's position as Miyazawa's first starring movie.

Comments by Rie Miyazawa are as follows.

Although it was a modest appearance, I participated as Hitomi Nakayama.
As we have engraved in the memory of those who watched my debut movie “Our Seven Days War”, everyone also enjoyed the animation “Our Seven Days War” that was breathtaking over time. I can shake my heart.
Please enjoy it on the big screen of the movie theater.

The reason for this appointment is directed by Yuta Murano as follows.

In both the original and the movie, adults were not just intent.
There was a wonderful woman who reflected the conscience of the adult side, always standing on the side of the child.
Will Rie Miyazawa, who played Hitomi Nakayama in a previous movie, return to the “7-Day War” with such a role… that was the most important thing from the script stage.
Miyazawa-san, who gave me consent, goes back to the screen as Hitomi Nakayama, transcending the boundaries of live-action and animation.
Even if the times change and the environment surrounding the children changes, there must be something that will not change-Hitomi Nakayama, an eternal girl who never fades, is more convincing than anyone else Will tell you.
And that is what I think is the greatest respect for the “7-day war” to the “7-day war”.