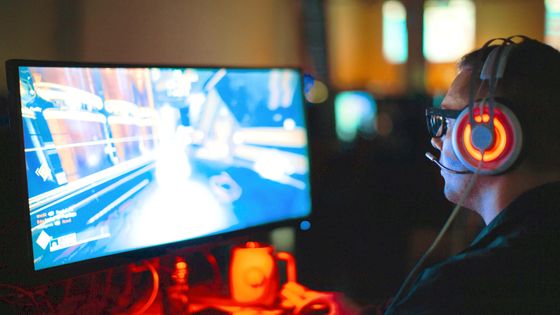 In the online game ' Dota 2 ', the player who has been cheating has become a hot topic after being banned online until 2038, about 20 years later.

Matchmaking Update for the Next Ranked Season | Dota 2
http://blog.dota2.com/2019/09/matchmaking-update-for-the-next-ranked-season/

Dota 2 is a multiplayer online battle arena (MOBA) format real-time strategy game developed by Valve, known for running the game distribution platform Steam . The game that adopted the MOBA format where multiple players are divided into two teams and fighting to destroy the base of the enemy team is named after MOD `` Defense of the Ancients (DotA) '' of `` Warcraft III '' It is also called “DotA series” or “DotA clone”, and Dota 2 is a sequel to “ DotA-Allstars ”.

On September 17, 2019, Dota 2's management team announced in the official blog that the game content was updated and `` Recently, Smurfs
I have confirmed that my account is rampant, ”he said.

'Smurfs' or 'smurfs' are fraudulent acts that falsely participate in games . Since the initial smurf act was performed using the name of a fictional tribe appearing in the Belgian cartoon 'Smurf', it has come to be called by that name.

When you smurf with Dota 2 that can play online, even if you are not actually a novice player, you can pretend to be a novice player and participate in a battle between novices, so the battle will be very advantageous is.

In response to this rampant smurf action, Dota 2 ’s management team has strengthened crackdowns on smurfing accounts by taking measures such as detecting “unusually low scores for ranking” players and exploits . . Dota 2 also introduces a system that sends points to the players who played well with each other, and reports the players who performed inappropriate acts to the management. By using these, it was decided that about 20 years of competition bans would be imposed on the players who were subject to numerous fraud reports.

The following image is a screenshot of the battle screen of the player who was actually disposed of. The message that matching is invalidated due to reports of extreme acts, etc., states “January 19, 2038” as the deadline until the prohibition period is canceled. 'About 19 years until January 19, 2038' is not a particularly meaningful period, it is the longest date that can be expressed on the system. Therefore, the official Twitter account of the dedicated forum “

r / DotA2 ” that deals with the topic of Dota 2 on the online bulletin board Reddit tweeted “Notice: Prohibition is not actually 19 years”, and it is actually indefinite I showed how to see.

As part of the smurf countermeasure, a bug that allows matching even with accounts that do not have a phone number registered has been fixed, so that a player who has been disposed of cannot create a new account and play again. As a result, the Dota 2 community was flooded with the grief of the banned player. Hey guys. It's finally 2038, ” a thread that creates a real escape has been created. 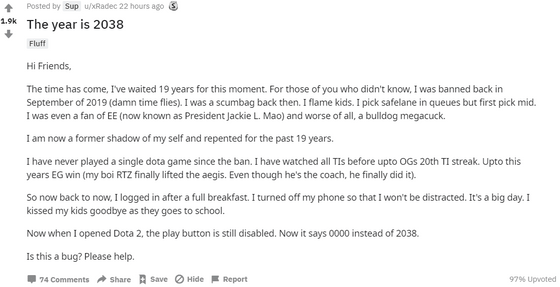 On the other hand, a person who writes “ Christmas seems to have come early ” along with screenshots of the writing of the player who received the disposal ... Some people write 'I 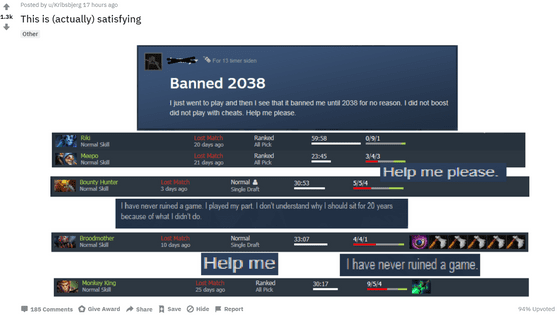 The reaction of the players who were disposed of is proof that Valve has made the right decision. They seem to be really intelligent and fun people, ” the ironic writing says that the majority of players are fraudulent. Seemed to welcome that it was wiped out.