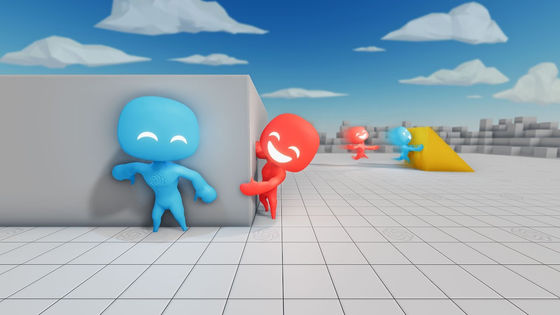 We are observing how

OpenAI gradually evolves to use complex tools by letting machine learning agents play simple hide and seek. AI played hide-and-seek repeatedly and developed six different strategies and countermeasures by self-study, saying, `` It is more complicated and intellectual It suggests that there is a possibility of producing a new movement. '

Clever hide-and-seek AIs learn to use tools and break the rules | TechCrunch
https://techcrunch.com/2019/09/17/clever-hide-and-seek-ais-learn-to-use-tools-and-break-the-rules/


The space where the agent plays hide and seek is like this. Walls and yellow objects that can be moved are placed, and the role (blue) and demon role (red) that hide inside move around. Hidden roles and demon roles can measure the distance from surrounding objects. 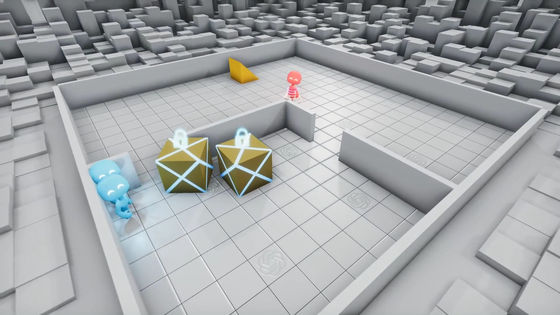 If you find a role that hides the demon role, the line of sight appears as a beam. 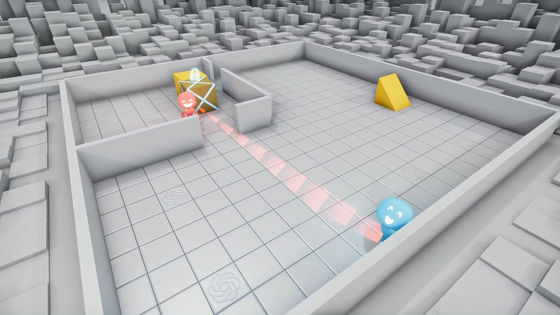 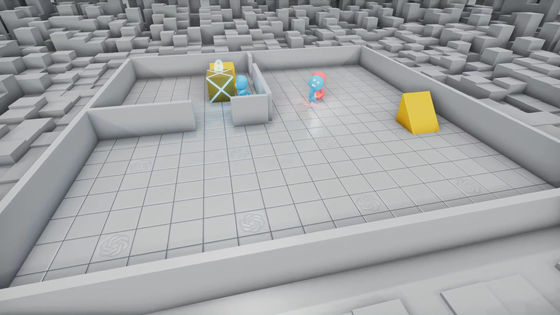 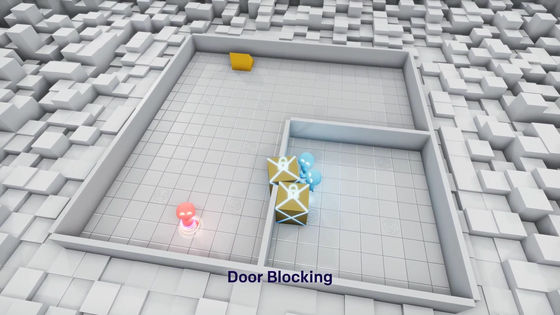 It is also possible to place objects at multiple entrances. 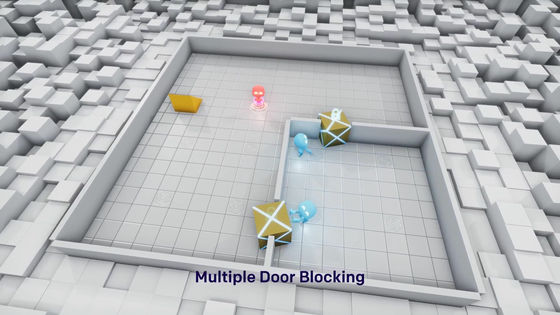 If you fix an object at the entrance, the demon role will not be able to find the hidden role. However, in the hide-and-seek from 8.26 million times to 14.5 million times, the demon moves a triangular prism-shaped object ... Placed near the wall and used as a slope. It seems that it is now possible to discover hidden roles hidden in the room. On the other hand, between 14.5 million and 43.4 million times, we learn to hide the slope in the room where they hide so that the hidden role is not used by the demon role. In an environment where there are only a few walls, you will learn to chase the role where the demon role is hidden by 22 million times. 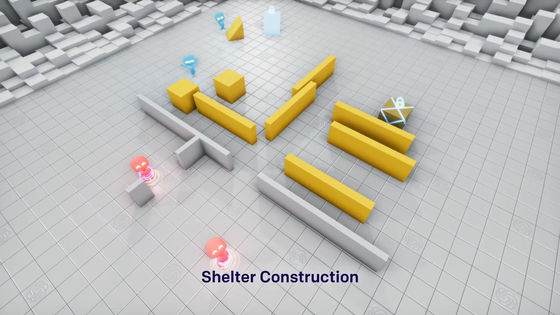 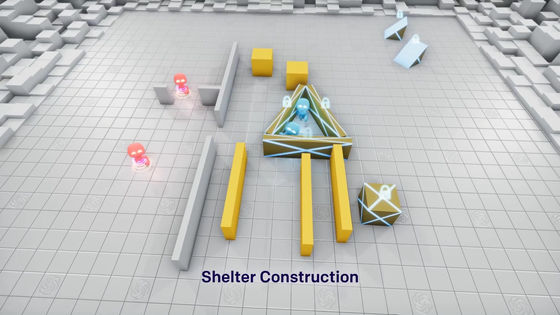 I thought that the slope was fixed and it was desperate, then the demon moves the cube ... 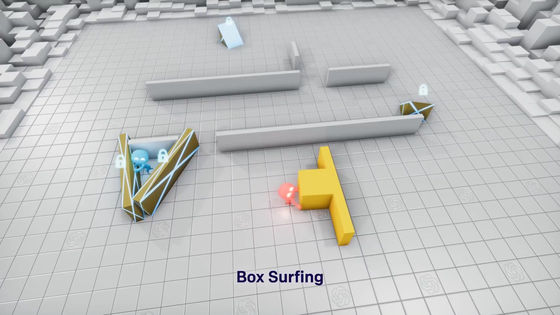 Move to the side of the slope. 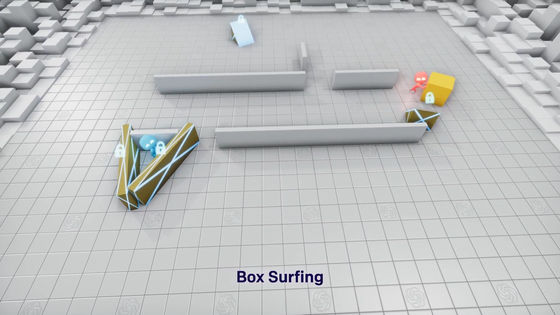 Then get on the cube from the slope. 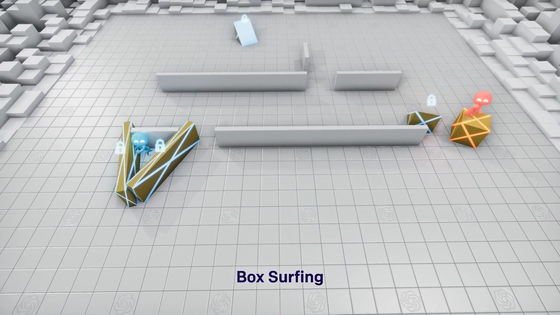 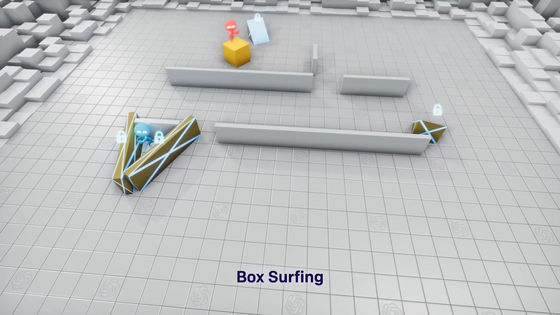 Discover the hidden role in the shelter. It seems that this method of surfing on a cube was born between 388 million to 458 million times of hide and seek. 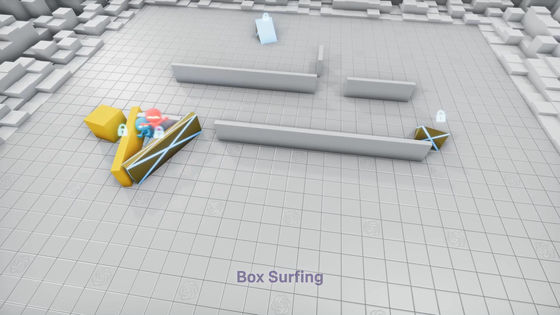 In addition, with the enforcement from 458 million times to 481 million times, the hidden role fixes all objects ... 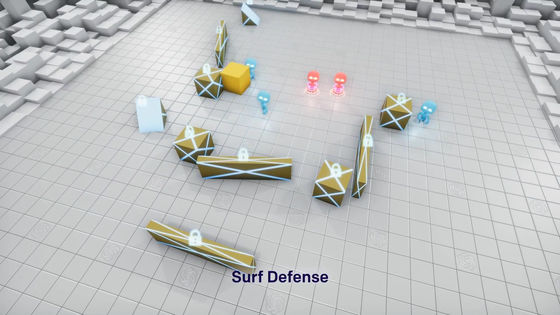 Form a shelter. If a role that hides in this way creates a new method, a demon role creates a strategy for it and repeats this repeatedly to create a more advanced hide-and-seek. 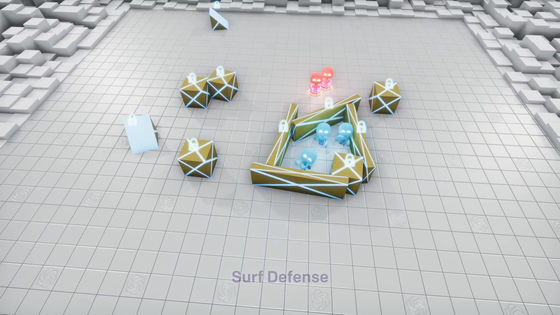 For tasks such as navigating complex environments, it is very difficult for agents to create sophisticated movements even when humans design AI behavior because there are too many conditions to set. However, as shown in the experiment, it is clear that AI can create useful skills on its own by sharing different roles while learning AI models with 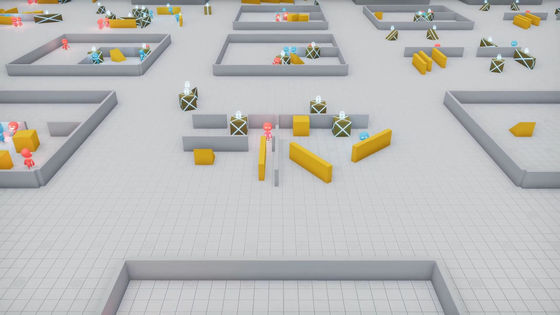 OpenAI notes, “This result gives us confidence that in a more free and diverse environment, using multiple agents can lead to very complex and human-related behaviors.”