I tried the imagination in the drawing game `` Quick, Draw! '' Where Google's artificial intelligence applies the identity of your graffiti 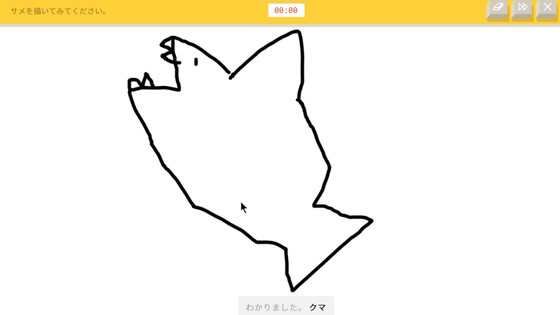 The game `` Quick, Draw! '' , Where Google's artificial intelligence (AI) hits `` what you drew '' one after another when you doodle on the browser, recognizes and learns the picture drawn by the player It is possible to improve the ability to predict more correctly. I tried to play with it because I can feel the evolution of neural networks through games.

You can check how the artificial intelligence of Google is working hard and applying the identity of graffiti from the following. 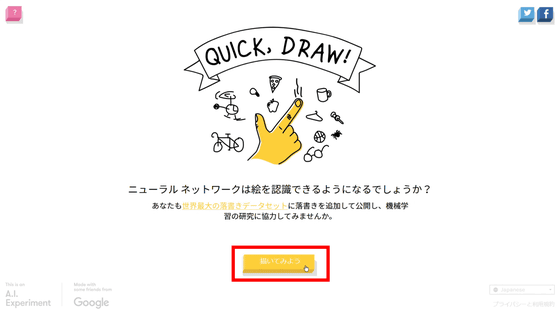 Since the theme is given, start painting with 'OK'. The theme is a keyboard. 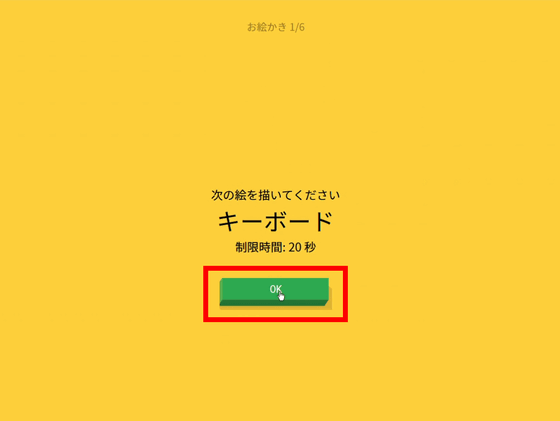 Answers expected by artificial intelligence are read aloud and displayed at the bottom of the screen ... but they are still starting to draw, so they expect a 'nose' that does not rub against the keyboard. 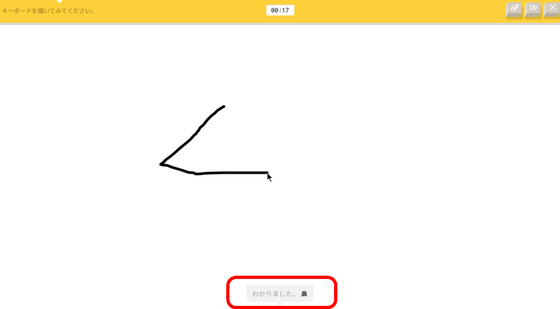 If you couldn't draw a keyboard in 20 seconds, you had a mysterious object. If 20 seconds have passed without the AI being given a picture ... 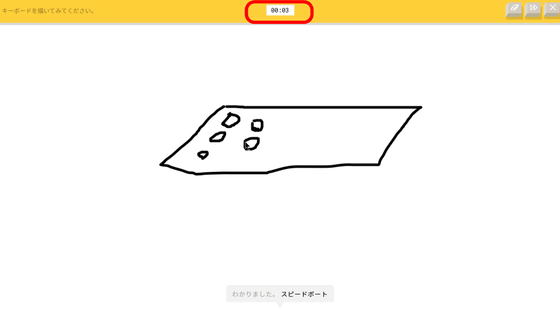 'I'm sorry. I didn't know what the picture was.' This completes the first question. 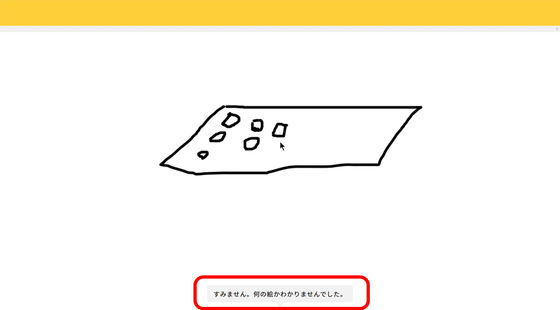 The screen will change immediately and the next theme will be displayed. A simple “outlet” is a little safe. 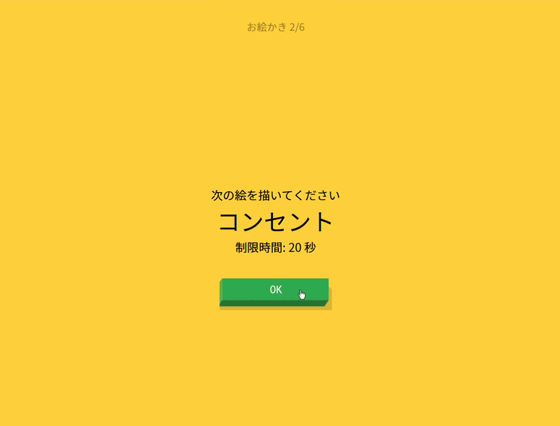 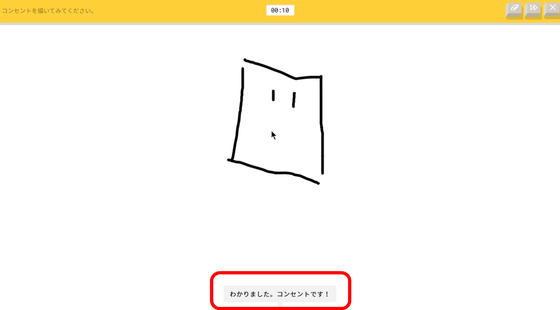 Some of the themes went on and the next was “Birthday Cake”. It is difficult to make a birthday cake instead of a cake. 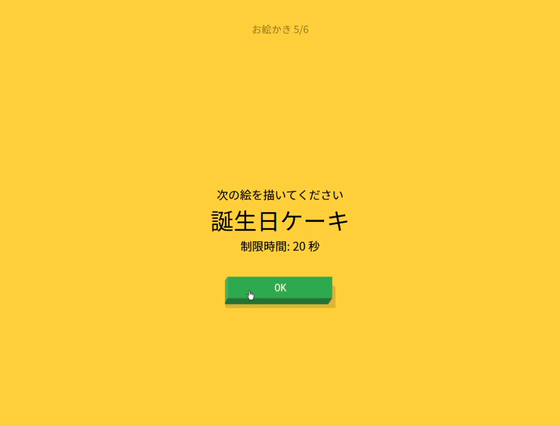 If I thought that ... I couldn't even imagine that the person I drew was a cake, artificial intelligence has identified it as a birthday cake. 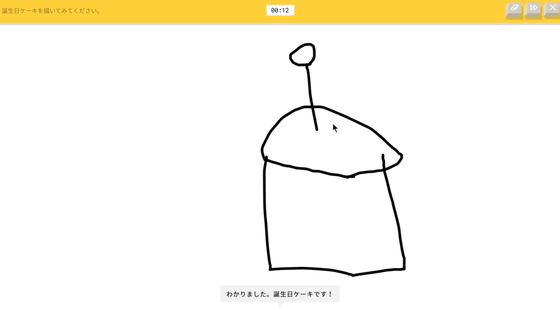 When I was happy with the drawing of the birthday cake, I thought that the following “Pizza” theme would be “I can draw a circle properly” ... 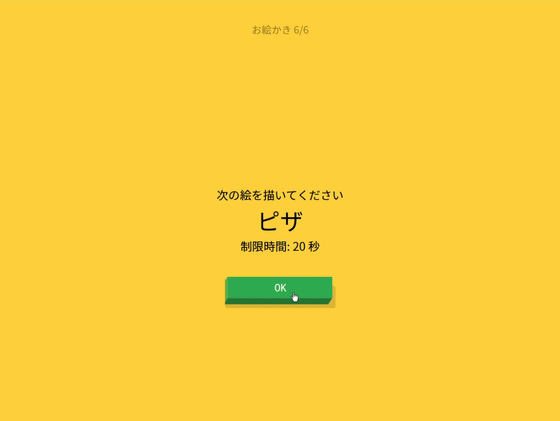 It's a perception that it is recognized as a bracelet or an alarm clock. It was not recognized at all. 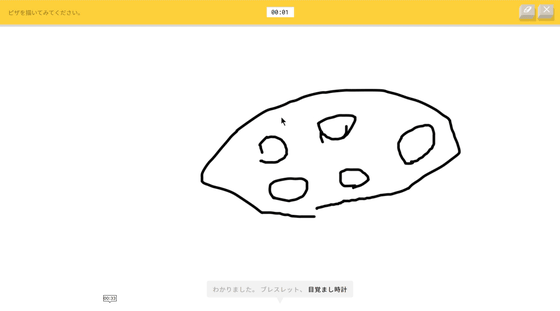 The theme is 6 questions in total, and the results will be displayed when all are completed. 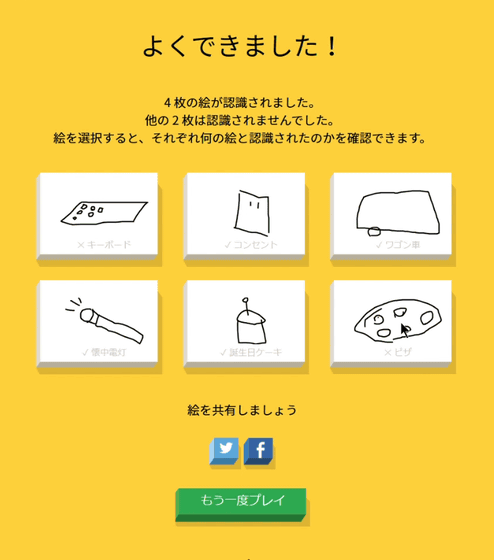 Click on the picture you drew to see what Artificial Intelligence recognized the picture. 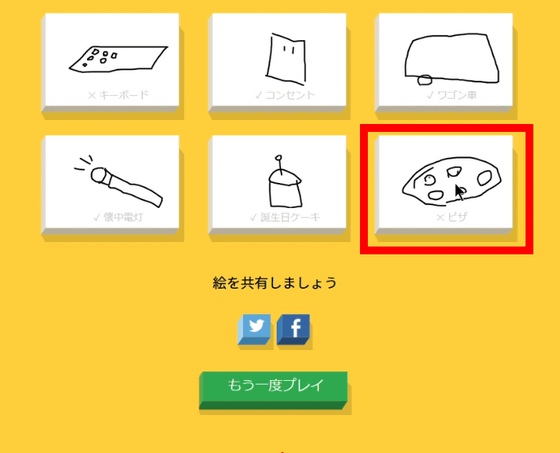 The picture of pizza seems to have been thought of as peas and cookies. 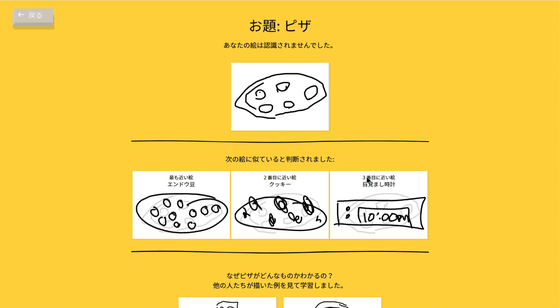 Then, what kind of picture I should have drawn is that if you scroll down the screen you can see the picture of the pizza drawn by other people, so you can understand at a glance what was missing in your picture . 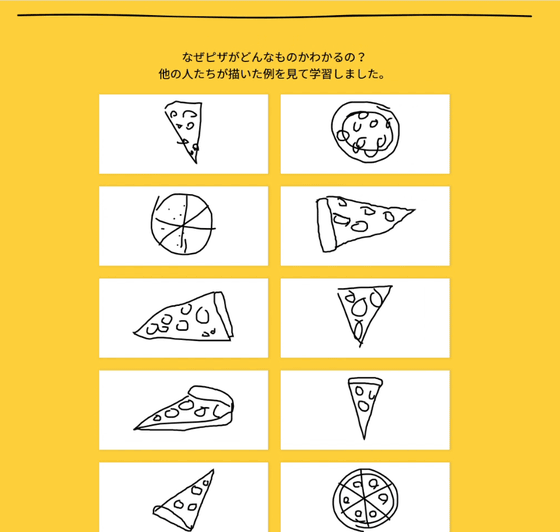 Many of the titles are difficult to draw, such as “shark”, “elephant” and “dragon”, and there is a time limit of 20 seconds, which doubles the difficulty.

Looking at the sharks drawn by other people, I was impressed with the many pictures that captured the feature even though it was only 20 seconds. 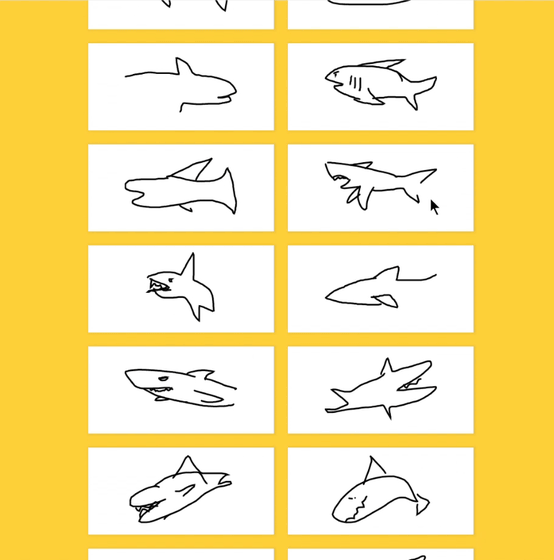 Sometimes artificial intelligence can give you the right answer even if you have little to draw. Whether the feature is extracted from how to draw a curve, the following title 'Trombone' was judged as a trombone at a stage where even human beings do not know what the picture is. 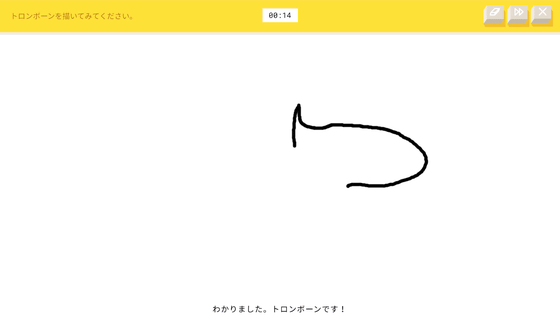 The following skateboards and roller skates clearly understand subtle differences such as stroke order, curves, and corner positions. Although it looks almost the same picture in the human eye, artificial intelligence used to distinguish what was being drawn. 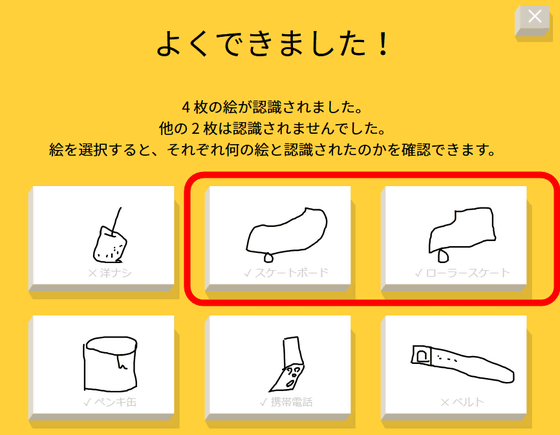