What did you know as a result of reading the brain wave of a racing driver who will test your momentary judgment? 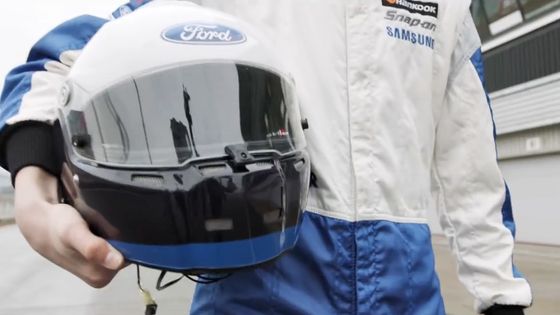 Ford Motor ’s racing division “ Ford Performance ” is a team that has participated in the Le Mans 24 Hours , World Rally Championship , Formula One and more. Ford Performance has developed a helmet-type device that analyzes the brain waves of racing drivers that have been polished in the dangerous environment of racing, and has been studying what happens during driving in the racing driver's brain. The

Ford Performance collaborated with researchers at King's College London to develop a helmet that can scan the brain waves of the driver, and to compare the brain waves of the racing driver with those of the general public. You can understand the state of the experiment and the results by watching the following movie.

“Driver concentration” is very important in racing competitions where momentary judgment is a matter of victory or defeat and sometimes life.

However, there are not so many people in their daily lives who are consciously evaluating whether or not they are “concentrated” or making an effort to concentrate on something.

Sebastian Ogier, who won the World Rally Championship (WRC) from 2013 to 2018, commented that he was doing his best in a difficult and pressureful situation.

Also, racing driver Andy Priol said that professional racing drivers have the experience of “just thinking, not thinking” during the race.

Elias Mitchirianitis , a neuroscience researcher at King's College London, and racing drivers are highly focused during the competition. I think.

Ford Performance doesn't just need the fastest car to win the racing competition, but understands that the driver's skill and concentration will greatly influence the results.

Research teams such as neuroscientist

Yates Buckley have developed a high-quality EEG scanner that can be worn on the head like a helmet to measure the concentration of a racing driver.

We asked the VR racing simulator to be driven by both professional racing drivers and the general public, and analyzed how their brain waves differed.

Then, it turned out that professional racing drivers have a very high ability to concentrate on the task they are engaged in compared to ordinary people.

It is possible to switch the brain so that it always exerts the maximum concentration in the important scenes of the race ...

Compared to the average person, the performance during a fast-moving race was 40% higher.

In addition, the research team also experimented with the general public to try out methods that focus their minds, such as breathing, meditation, and visualizing the tracks they drive with keywords before playing the simulator.

As a result, the performance of ordinary people has increased significantly.

Ford Performance is also developing a “helmet that can measure a driver ’s brain waves in real time during an actual race”.