Insulation with a thickness of only 10 atoms will be developed, which may be useful for downsizing electronic devices Heat is a major enemy for electronic devices such as smartphones and PCs, and if the device is exposed to direct sunlight or the device itself generates heat, the device may be forcibly terminated. For this reason, many devices have a built-in cooling mechanism, but the device becomes larger by that amount. So researchers at Stanford University have developed ultra-thin insulation that is only 10 atoms thick. 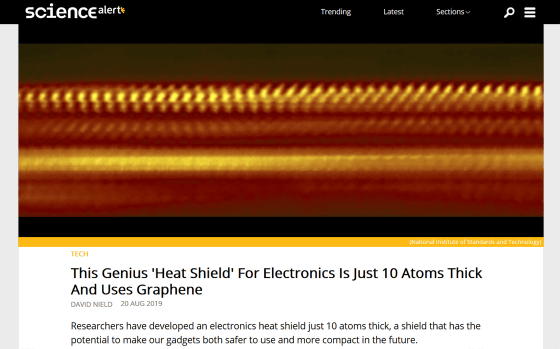 It is very important to protect the device from heat, and glass, plastic, air layers, etc. are used as insulation for electronic devices. If insulation doesn't work, it can cause malfunction, and in the worst case, the battery can explode. However, if the insulation can be made thinner, the device itself will be reduced in size, so many researchers have challenged the development of thin insulation, including

Pop et al.'S research team published a paper on Science Advances on August 16, 2019, `` Insulation with a thickness of only 10 atoms '' is the same as a glass layer 100 times thicker It was reported that the insulation effect was demonstrated. In developing new insulation, Mr. Pop commented, “We take the heat inside electronic equipment from a completely new perspective.” The research team said that heat was considered to be similar to 'sound' and that an ultra-thin insulation was developed.

When electrons move due to the flow of electricity, they collide with various atoms, and vibrations that hit a large number of electrons and atoms are transmitted as heat. However, it seems that this heat can be regarded as an ultra-high frequency sound that humans cannot hear. In principle, heat and sound can be considered similar. For example, the booth of Radio DJ is separated from the surroundings by thick glass, keeping a quiet environment, but it can also be used for heat insulation of electronic equipment. 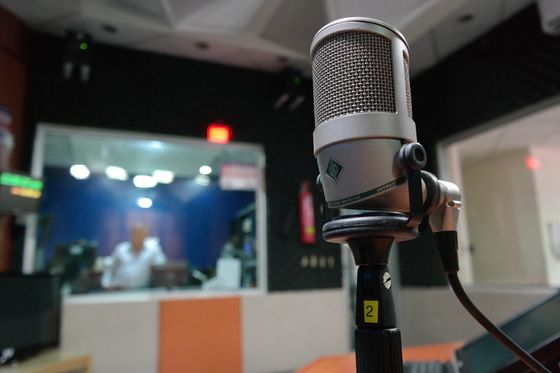 If you just want to insulate, you can just make a thick glass insulation similar to the thick glass in the DJ booth, but it is desirable that the insulation for electronic equipment is as thin as possible. The research team decided to develop a thermal insulation with thin layers, inspired by the idea of blocking sound and heat with multiple glass windows.

“We used the idea of making insulation by stacking several layers of atomically thin material instead of thick glass,” said Sam Baziri, a research team. In recent years, with the development of science, atomically thin materials have been discovered, and graphene , which is only one carbon atom thick, has attracted attention as a new material that can be used in many fields.

Based on this idea, graphene and three other types of atomically thin sheet materials were stacked, and the research team succeeded in developing a four-layer insulation with a total thickness of only 10 atoms. . Because the movement of electrons that vibrate atoms is attenuated as it passes through each layer, the new insulation is very effective despite its thinness, and it has a thermal insulation equivalent to 100 times the thickness of glass. It will be demonstrated.