From the excavation site in Pompeii, a wooden box filled with items with magical implications such as crystals, amber, amethyst,

phallus amulet , glass beads, dolls and miniature skulls was discovered. This is believed to have been the “lucky charm” of the victims of the famous Vesuvius eruption.

THE LUCK AND THE PROTECTION AGAINST THE BAD FATE IN THE JEWELERY OF REGIO V-Pompeii Sites
http://pompeiisites.org/en/press-releases/the-luck-and-the-protection-against-the-bad-fate-in-the-jewelery-of-regio-v/

The item found in the wooden box looks like this. The unearthed glass beads and ... 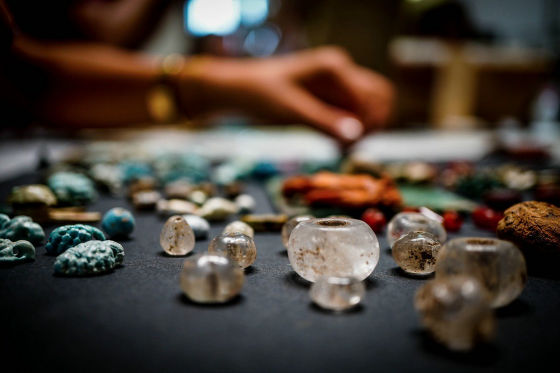 Everything, such as glass with a person carved, is in very good condition. 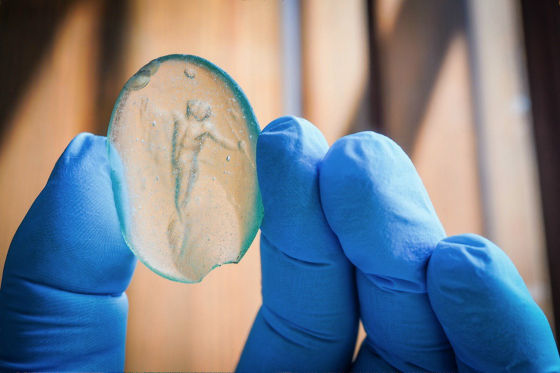 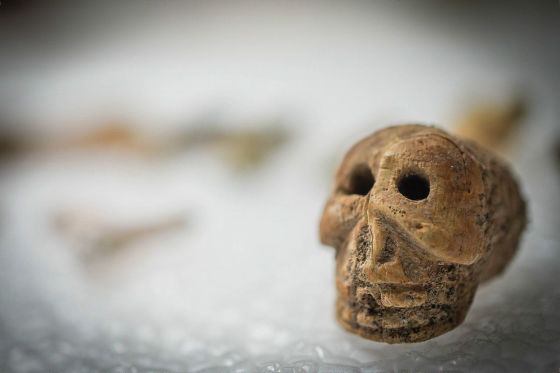 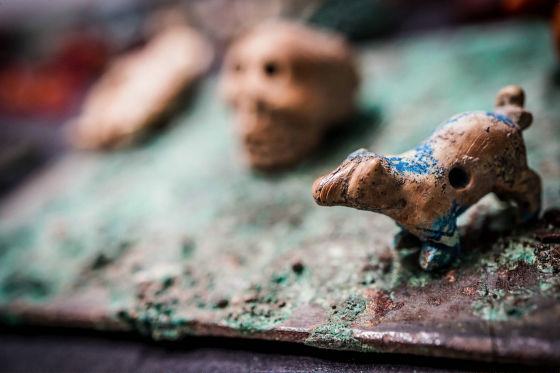 The eruption of Mount Vesuvius, which destroyed the city in 79 AD, is said to have destroyed some of the city and killed thousands of people. This eruption is believed to have released 100,000 times more thermal energy than atomic bombs dropped on Hiroshima and Nagasaki.

The state of the eruption is

described in a letter addressed to Historian Tacitus , a small Plinius friend, `` The road of flame continued from Mount Vesuvius and ashes covered the city like snow. '' Plinius also wrote that 'the thick clouds that stretched like pine trees from the volcano covered the world.'

People living in Pompeii and Ercolano are said to have died from suffocation due to inhalation of toxic gases and ashes, and some people had their brains boiled due to the direct impact of lava on their heads and the skulls burst.

The wooden box discovered this time was in a building buried in volcanic ejecta, and there were 10 victims including women and children in the room next to the wooden box. According to Mr. Massimo Osanna who excavated, many items are related to protection from richness, good luck, bad luck, the pendant of the phallus and the bone of the bird are items to drive away `` evil eyes '' . From this, it seems that the owner of the amulet item was a woman. Mr. Osanna sees that the owner was either a servant or a slave because the amulet item was not used as one of the high-ranking items at the time. To the news that talisman of good luck is found in very good condition from next to the victim, some comment that 'amulet I do not work', 'amulet, for he kept the charm itself,' that attracted the comments It was done .