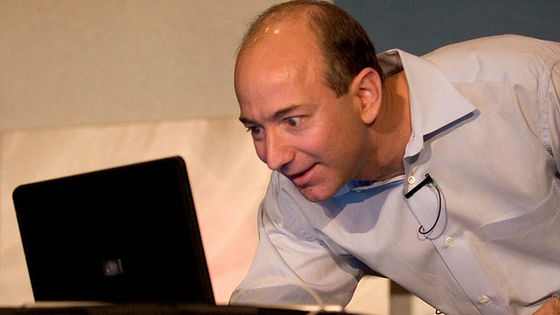 It turns out that Amazon's CEO Jeff Bezos has sold $ 1.8 billion worth of Amazon shares he owns. Mr Bezos has sold $ 1.8 billion worth of Amazon shares in his three days from July 29, 2019, according to documents submitted to the US Securities and Exchange Commission (SEC) . The Amazon shares sold by Bezos are 950,000, equivalent to 0.2% of the issued shares of Amazon, and will be worth about $ 1.8 billion when calculated at the closing price on July 31 (about $ 1,900 per share). Bezos still owns 58.1 million shares of Amazon.

Bezos sold his Amazon shares for the first time since October 2018. News Media's CNBC reports that 'the only time in the history of Amazon has such a large number of shares sold in such a short period of time'.

'We plan to sell about $ 1 billion (about 110 billion yen) of Amazon shares each year' to fund the space development company ' Blue Origin ' that we operate, Mr. Bezos told reporters in 2017 I told you. Therefore, the purpose of the sale of shares is considered to be funding for Blue Origin.