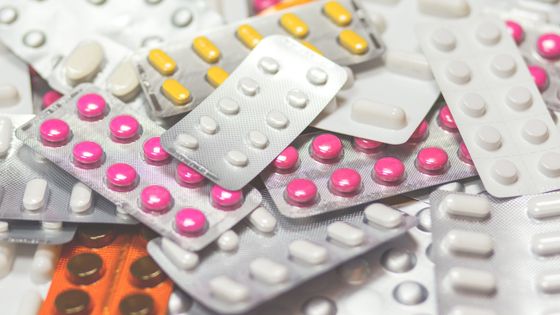 Human immunodeficiency virus (HIV) is a dangerous virus that infects and destroys human immune cells and eventually causes acquired immunodeficiency syndrome (AIDS) . In recent years, the life expectancy of people infected with the HIV virus has increased due to the development of anti-HIV drugs, but the World Health Organization (WHO) has stated that 'the increase in viruses resistant to anti-HIV drugs has reached dangerous levels' And warning bells.

The following image shows the results of the survey in 18 countries. The horizontal axis shows the proportion of infected people who are resistant to common anti-HIV drugs such as nevirapine or efavirenz . The red dot shows male and the green dot shows female, and the black dot shows the average of all subjects. Of the 12 countries surveyed, it is clear that more than 10% of newly started adults have drug resistant viruses. Overall, 12% of women surveyed and 8% of men were infected with anti-HIV resistant virus. 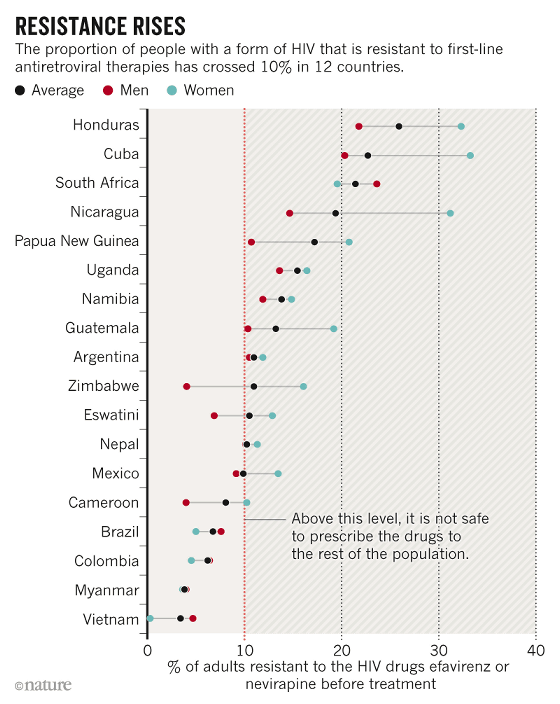 Also, in sub-Saharan Africa, there is an increasing number of HIV-infected infants have high levels of anti-HIV drug resistance. Of the infants diagnosed as having HIV in this area between 2012 and 2018, it seems that half of them have a virus that is resistant to one or both of nevirapine and efavirenz. Sylvia Bertagnorio , a WHO infectious disease doctor, pointed out that the cause of the virus's drug resistance is unclear . On the other hand, Bertagnolio argues that stopping the treatment with anti-HIV drugs may have led to an increase in viruses that are resistant to anti-HIV drugs.

For example, a woman who has been treated to prevent HIV from becoming infected with her baby during pregnancy may stop taking anti-HIV drugs after delivery. Among women who had suspended treatment, the prevalence of viruses resistant to nevirapine or efavirenz was as high as 21%, and the prevalence of resistant virus among those who continued to take anti-HIV drugs (8 It is much higher than%).

As a reason for stopping taking anti-HIV drugs in the middle of treatment, it may be a big factor that shameful awareness that 'I do not want people to know that I'm taking anti-HIV drugs' may be a major factor, Mr. Is pointing out. In addition to this, it is possible that there is a physical cause of 'lack of medicine in the clinic'.

Given the growing number of people with anti-HIV drug-resistant viruses, WHO recommends the use of dolutegravir , which is more effective than other treatments and less likely to achieve drug resistance. In that case, he also argued that it is necessary to continue taking the medicine without stopping treatment on the way, Bertagnolio said. 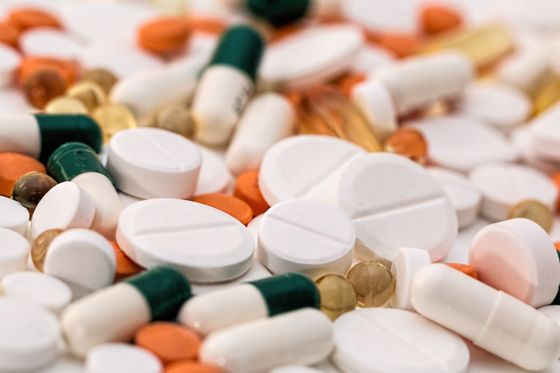