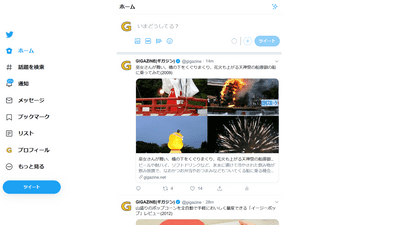 From July 2019, the UI of Twitter is changing to a new design. While there are many people who can't get used to the UI that they have been used to, an extension called '

GoodTwitter ' has been introduced, which forces Twitter to return to the UI of the old design. An extension ' Minimal Twitter ' that allows you to change the Twitter UI to a very simple design UI just by installing it has appeared. 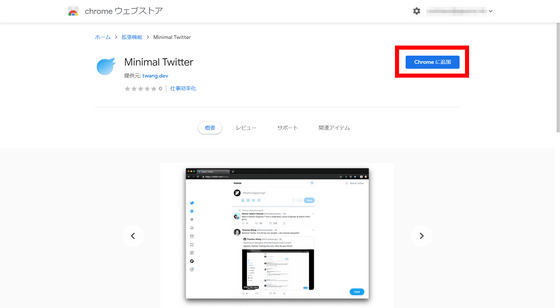 The installation is successful when the message 'Minimal Twitter has been added to Chrome' is displayed along with the blue icon of Minimal Twitter in the upper right. 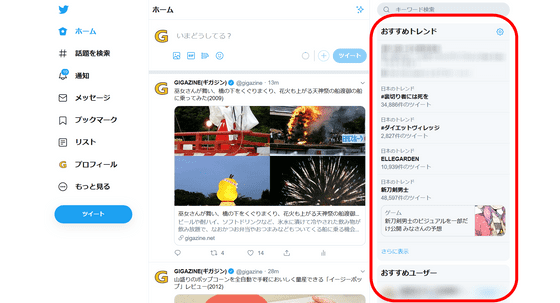 And when you activate Minimal Twitter and display Twitter, it looks like this. The recommended trends and recommended users in the right column are no longer displayed, and the timeline is displayed in the center of the screen, making the design quite simple. You can also see that the menu in the left column is also closer to the left edge of the screen. 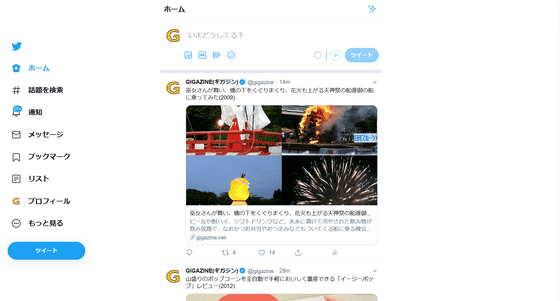 While there is an opinion that the old UI that you are familiar with is easier to use, the new UI has the advantage that you can access features such as bookmarks and lists directly from the menu. If you use Minimal Twitter, you can use the timeline displayed in the center of the screen like the old UI and the menu of the new UI that has high accessibility to each function of Twitter, which is useful. However, you can only change the UI with Minimal Twitter, and promotion tweets displayed on the timeline and tweets liked by others will not disappear, so be careful.