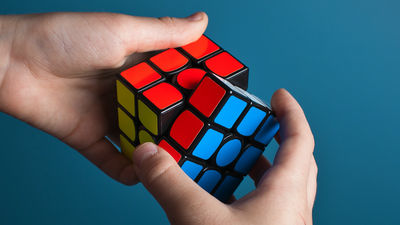 The AI Go 'AlphaGo', which won over the top Go player, has been surpassed in just 30 hours from its birth by the 'AlphaGo Zero', which was born as an evolution of itself. The difference between AlphaGo and AlphaGo Zero was that AlphaGo Zero did not refer to the human transcriptions, but was trained by its own reinforcement learning. Similarly, DeepCube A, a deep reinforcement learning algorithm created by the University of California at Irvine (UCI), is able to solve Rubik's cube in a matter of seconds without human assistance. A hexahedral three-dimensional puzzle Rubik cube consisting of nine panels of six colors can be solved with about 50 hands as it gets used, and it is possible to cut as many as 20 hands at the shortest.

UCI's Professor Pierre Baldi and his colleagues attacked this Rubik's cube with a deep reinforcement learning algorithm called 'DeepCube A.' As a result of self-learning which took 2 days over 2 days without giving a solution beforehand or helping human beings, I succeeded in obtaining the shortest solution with 100% solution rate and 60.3% cases among them. The time it takes to solve is just a moment.

According to Valdi, 'DeepCube A' has a solution strategy different from that of human solution, and it is thought that the inference form is different in the first place. The ultimate goal of the project is to build a next-generation AI system. 'This is a step towards a big goal,' says Vardi.

In addition, this example is one of the points that 'the solution was reached by self-learning'. 'Rubik's cube fast solver' using a computer has already reached a considerable speed, and in 2018, Ben Katz and Jared di Carlo of Massachusetts Institute of Technology succeeded in capture in only 0.38 seconds. You are

The world's fastest 0.38 seconds machine solves the Rubik's cube, and a movie showing how to drastically change the world record is now available in GIGAZINE 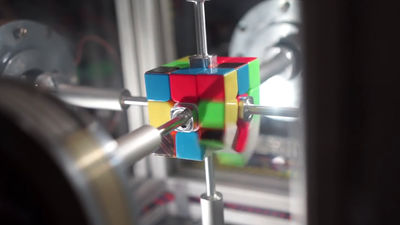