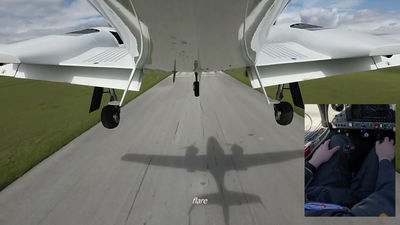 With the advent of self-driving cars, there may be many people who think that even the autopilot system installed on an airplane can easily operate operations such as landing, but in fact they are installed on large passenger aircraft at the time of article creation. The automatic landing system is not the kind of fully automatic operation only with the system. 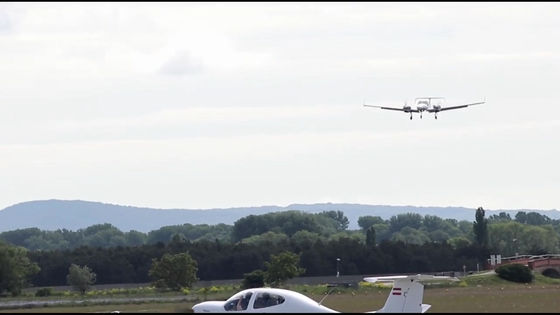 On the other hand, researchers at Munich Technical University are developing a system like ILS that allows an aircraft to make an automatic landing independently without relying on ground facilities. The research team has conducted a demonstration experiment of this system called 'C2Land', and has successfully succeeded in automatically landing the plane safely without the pilot touching the control stick. The state of the demonstration experiment can be confirmed from the following movie.


When the switch in the instrument is pressed in the middle of flight ... 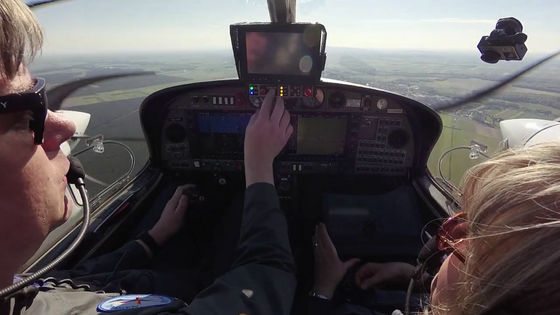 The voice 'Autopilot' rang and the autopilot system was turned on. 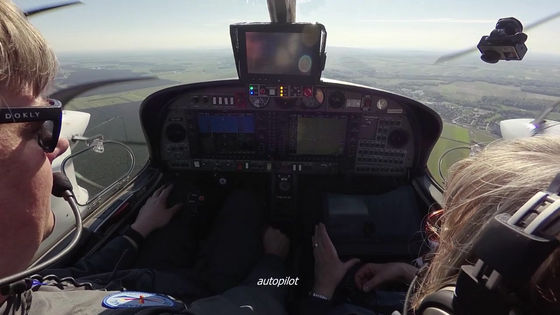 The autopilot continues for a while, and the system announces that 'automatic landing will be performed' when coming near the landing site. The location surrounded by the green lines in the image below is the position that C2Land judged from the image of the infrared camera to be the runway. 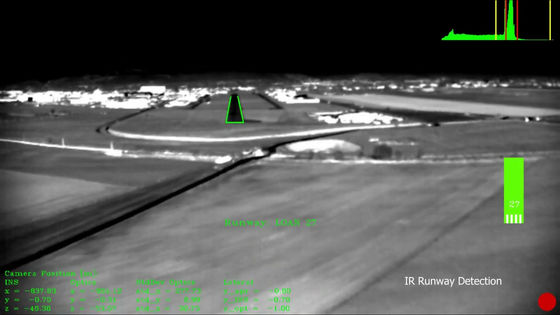 Similarly, the location surrounded by the green lines in the image below is the position that C2Land judged from the image of the RGB camera as the runway. 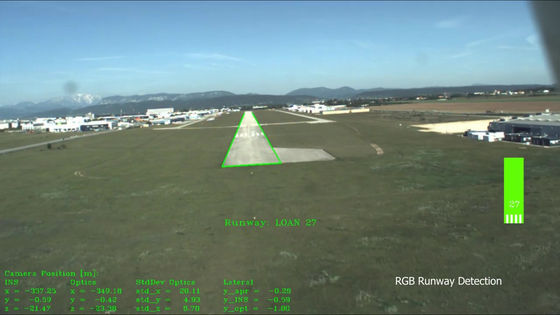 The pilot is putting his hand on the knee without holding the control stick. 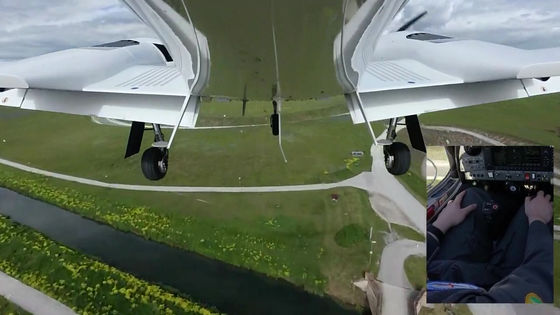 The pilot kept his hand on the knee even at the ground position. 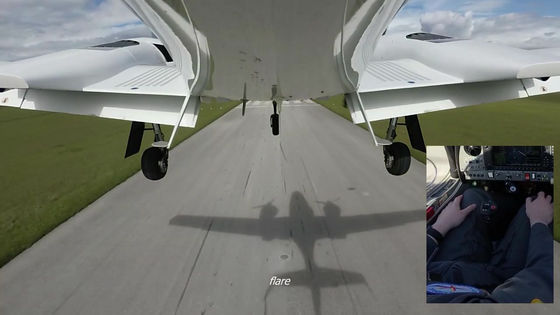 It succeeded in landing safely as it is. 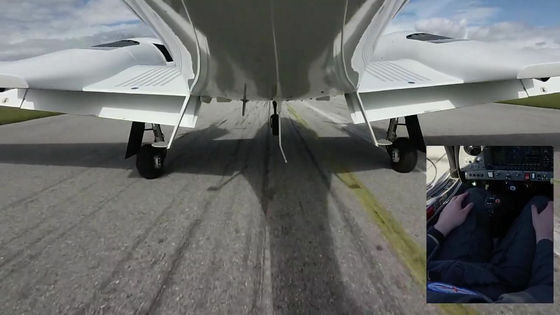 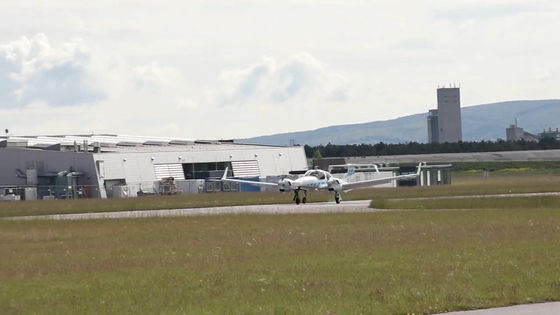 The small airplane used in the C2 Land demonstration test is the Diamond DA42 ' Diamond DA42 '. The combination of a custom-made automatic control system and a computer vision processor is called 'C2Land' automatic landing system.

Thomas Wimmer, who was the test pilot for the experiment, said, “The camera has correctly identified a runway that is already far from the airport. This system will fully automatically guide the aircraft to the landing approach position and slide it You can land exactly on the centerline of the road, 'commenting on C2Land's automatic landing.

Since the existing automatic landing system needs to prepare a large-scale facility on the ground, the existence of a system that enables accurate automatic landing only with an on-plane system such as C2Land is an example of a plane autopilot system. TechCrunch points out that this is a milestone milestone.

C2Land is a system that is still in the experimental stage, and it is necessary to obtain various levels of testing and approval from the aviation authorities for practical use. Still, the safety benefits are obvious and are welcome as a backup or alternative to the existing infrequently used automatic landing systems, TechCrunch notes.