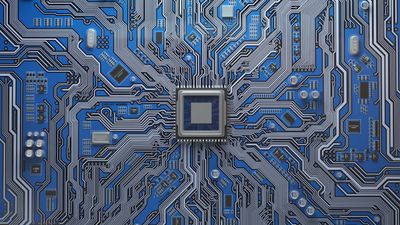 While checking the performance of your smartphone, you should have seen many items such as memory and built-in storage. Article creation Currently, the majority of smartphones handle data with two types of semiconductor memory, 'RAM memory' and 'flash memory storage', but recent research shows that dream memory, which plays both roles, its name It became clear that the technology that led to the realization of ' universal memory ' was discovered.

Discovery of a “Holy Grail” with the invention of universal computer memory | Lancaster University
https://www.lancaster.ac.uk/news/-discovery-of-a-holy-grail-with-the-invention-of-universal-computer-memory

The universal memory, 'there if the stored contents is fast, but although power supply disappears RAM and', 'memory contents are not lost even turn off the slow but power than RAM flash memory semiconductor memory that combines the advantages of both.' is.

This universal memory has long been described as a dream of engineers, and even though various types of semiconductor memory have been developed, they have not come into widespread use due to limitations such as storage capacity and manufacturing cost.

Under these circumstances, research groups such as Professor Manus Hayne at Lancaster University have developed new technologies that lead to the realization of universal memory. The research group has been unable to achieve a combination of “nonvolatile” that can hold data without power supply and “low voltage switching” that can read and write with high speed and low power consumption by applying quantum mechanics It has been possible to establish the theory of compound semiconductor memory cells that also have the functions that are said to be.

The left side of the image below shows the structure of the compound semiconductor memory cell. The right side is a diagram showing the formation of layers of aluminum antimonide and indium arsenide, which are only about 1.2 nm thick at the thinnest part.

This new compound semiconductor memory cell is extremely fast and readable and does not need to be continuously supplied with power to hold data. It is also possible to develop a PC that goes into sleep mode.

According to one theory, by 2025, communication equipment will consume one-fifth of the electric energy generated worldwide, and it is urgent to respond to this situation called ' data tsunami '. I was disappointed.

When devices incorporating new compound semiconductor memory cells are introduced to data centers, peak power consumption can be reduced to one fifth. The research group believes that universal memory will replace existing DRAM and flash memory in the future, and the impact on the semiconductor market is estimated to be as large as $ 100 billion (approximately 11 trillion yen) or more. You are

The research group has already obtained a patent for this new technology and has been contacted by multiple technology companies. 'Our technology combines one-hundredth the power consumption of current memory with a data storage period that is compatible with the coming space age,' said Hayne, and the new technology is simply a solution to environmental problems. I was confident that I was looking at the distant future.