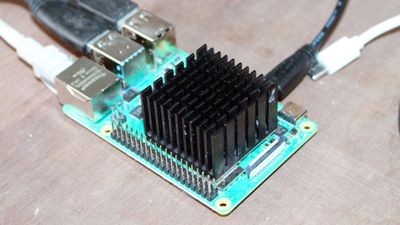 Raspberry Pi 4 ', which appeared on June 24, 2019, pointed out in the review that its performance has been degraded due to heat. However, the Raspberry Pi Foundation seems to have been aware of this problem, and it is reported by the blog and CNX Software that publishes the review information of single board computer that the problem is solved by introducing new firmware. .

Open Letter from the OpenID Foundation to Apple Regarding Sign In with Apple | OpenID
https://openid.net/2019/06/27/open-letter-from-the-openid-foundation-to-apple-regarding-sign-in-with-apple/

The 'Raspberry Pi 4 Model B' is the latest model of Raspberry Pi that supports 4 fps of 60 fps, and it is a single board computer that is attractive for the price of $ 35 (approximately 3750 yen) with the cheapest 1 GB model. 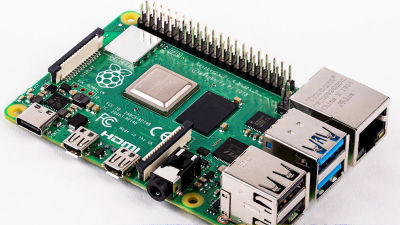 Jean-Luc Out Frank bloggers got such a Raspberry Pi 4 is, at once the benchmark test was performed where tried, found that there is a case in which CPU performance becomes lower than the Raspberry Pi 3 model B Did. 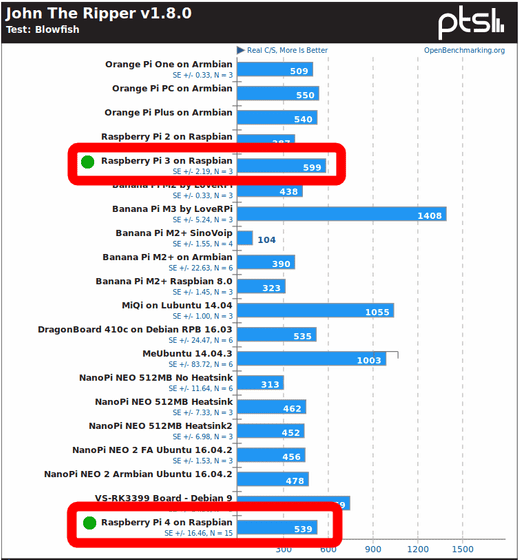 Seeing that this was due to

throttling due to heat generation and a decrease in the number of clocks, Aufranck installed a heat sink on the Raspberry Pi 4 and performed another benchmark test. 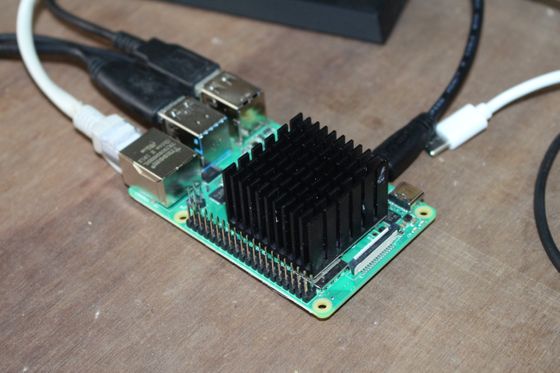 This is the result of the test with the heat sink attached. From left to right, the benchmark results for memcpy, memset and

7-zip are shown, and the blue bar on the left among the test results shows 'Raspberry Pi 4 only' and the right shows the results 'with Raspberry Pi 4 heat sink' You are Looking at the results of the rightmost 7-zip benchmark, you can see that CPU performance has improved by about 20%. 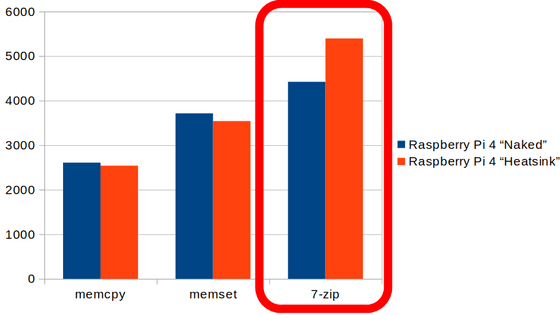 In the memcpy · memset test, the score of 'with Raspberry Pi 4 heat sink' is slightly lower is 'a mere error'.

The result of this review by Aufrank seems to have caught the eye of the Raspberry Pi Foundation, and it is said that Aufrank received a direct email from the Foundation's representative, Even Upton. The email includes a message that 'The new firmware for Raspberry Pi 4 contains improvements to optimize heat generation,' along with a test version of the pre-release firmware, afrank said. Introduced and retested.

After that, when I introduced the latest firmware, the effect came out immediately. As a result of the firmware being introduced at the timing indicated by the green line, it can be seen that the temperature at idle has dropped from around 65 degrees to around 60 degrees.

And this is the result of another benchmark run. As in the last time, the temperature of the CPU has risen sharply, but even at high temperatures, it can be seen that the problem of heat generation has been slightly solved up to 82 degrees. 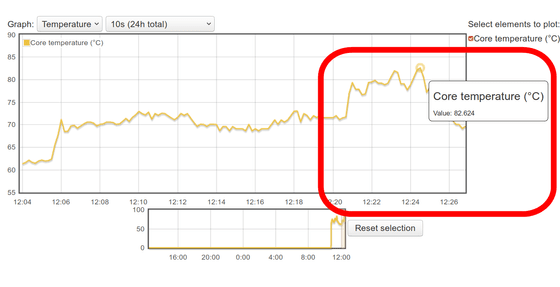 The new firmware is about the 'VIA VL805 PCIe USB 3.0 controller' that controls the USB 3.0 interface of the Raspberry Pi 4. According to Alfrok, the article is being created as early as several days or as soon as several weeks at the latest. Is expected to be released to