The first official app 'EVA-EXTRA' appeared that can list the latest news of Eva, past work information and video etc. 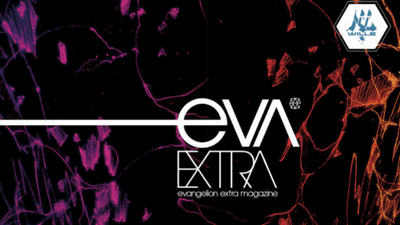 There are iOS version and Android version of the app.

The app needs to choose which one to belong to, 'NERV (Nelph)' or 'WILLE (Villet)' at the first launch.

Select the team you belong to and tap 'Yes'. You can not change it later. At the time of writing, there was no difference other than the icon.

This is the home screen. The logo icon of the selected team is displayed in the upper right. '

Evangelion official site ' ' Eva information ' ' color company ' icons are lined up in the center, and tap it to open 'news' page of each site.

It is Evangelion's official site, '

Operation 0706: Continue in Sapporo, Tokyo, 2 locations, Nagoya, Osaka, Hakata 5 venues in 5 cities in Japan! Sinji in the Buddha stage, Megumi Ogata will be on stage! Live relay to Japan! ' The news was coming to the top.

Menu icons are arranged at the bottom of the screen. The left end is an icon to return to the home screen, and the second from the left is 'news'. This displays the news page of EVA-EXTRA.

The lower center of the screen is 'HISTORY'. You can see the information and images of each piece.

In the case of Neon Genesis Evangelion, you can see the TV series, the information page of the theatrical version, and

the music video (HD version) of 'The Cruel Angel Thesis' which is also available on YouTube.

The second from the right is 'EVA-EXTRA BACK NUMBER'. We can read booklet distributed for free with 'Evangelion new Movie version: Break' publication from April, 2009 with the same name as application.

0706 Operation ” announced on June 24, 2019 will be held in a total of six venues in Japan: two in Tokyo, Sapporo, Nagoya, Osaka and Hakata. Nagoya is a live Sasashima , Hakata has been announced that it will be performed in Canal City Hakata , but for other reasons such as security, it is announced that day.

Information on the site of the 0706 operation will be announced separately on the Twitter “Eva 0706 Operation Official” account (@ operation0706) , so those who are planning to attend will pay attention to the tweets on this account on July 6 (Saturday) please.

・ Continuing
State of the day of 0706 operation was such a feeling.