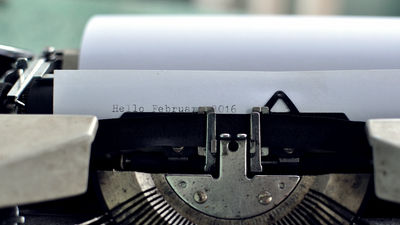 Open AI, an AI research organization, has developed a text generator that can create human-like natural sentences automatically using artificial intelligence (AI). If and that such a text generator using the AI is prevalent, everyone is the fact that easy to become to be able to create a fake news, Allen Artificial Intelligence Laboratory is generated using the 'neural network We are working on an attempt to reliably detect “ fake news ”. 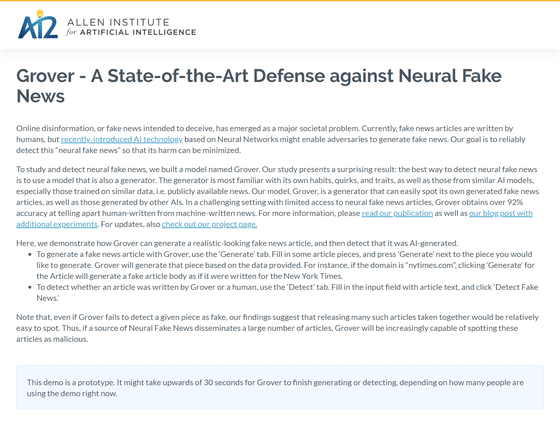 OpenAI has developed a new text generation AI model called 'GPT2' using AI. GPT2 is an AI model that can automatically generate news and fiction, and it is an astonishing tool that AI can automatically output sentences based on one sentence input manually. The fact that they could generate text with such a high degree of accuracy when they appeared that it was enough for developers to postpone publication of the dissertation as 'too dangerous.' 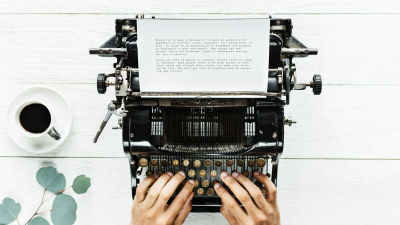 If fake news is created using a tool such as GPT2, it will be difficult for humans to discern the truth, so the Allen Institute of Artificial Intelligence says, 'Fake news generated using neural networks.' Developed an AI model called 'Grover' to detect The research team notes, 'Our research shows surprising results. The best way to detect neural fake news is to use this AI model (Grover), which is also a text generator,' Apparently, the text generator using AI is also most effective for detecting fake news generated using AI as well.

A text generator using AI is familiar with its own habits, habits, features, and what kind of AI model it uses, and 'What kind of data has it trained?' Such as publicly available news. doing. By using this property, Grover will be able to identify fake news generated by other AIs. Even if the identification accuracy is very high and access to fake news created using neural networks is limited, that is, even if there are few fake news samples by AI, Grover says, It is possible to distinguish between 'news' and 'fake news written by AI' with an accuracy of 92% or more. 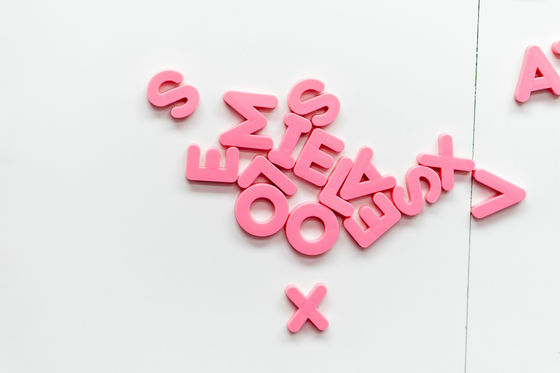 At the bottom of the page below, a generator that can actually generate fake news automatically using Grover is embedded. There are five items that can be entered: 'Domain', 'Date', 'Authors', 'Headline', and 'Article', and they are placed next to each item. If you click Generate, Grover will automatically set the applicable information for each item. By clicking on 'Generate' next to the text, you can generate fake news that matches the headline many times. For example, when I opened the page, I saw the fake news generated by Grover under the heading 'Why bitcoin is a great investment'. From the beginning of the article: 'As most readers know, I am an optimist. This conviction is consistent in my life and applies to various investments. I'm intrigued by the success of cryptocurrencies like Etherialm. ”It's a fluent statement that doesn't seem like it was generated automatically by AI.

In addition, Grover can generate fake news based on the information if domain, headline, author name, etc. are specified without writing the article text. In other words, if you enter ' thenextweb.com ' in the domain and enter ' Tristan Greene ' in the author, it will automatically generate fake news like an article written by The Next Web reporter Tristan Greene. pattern.

For example, enter the information of a specific article in the input field as follows, and click 'Generate' beside the text. 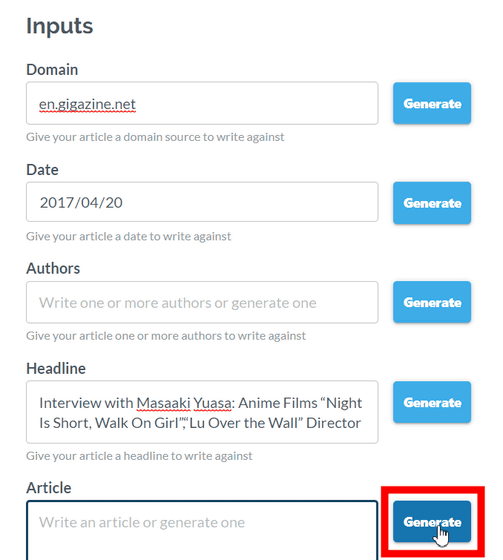 Then, Grover will generate fake news in about 30 seconds. Then copy this auto-generated fake news and click 'Detect'. 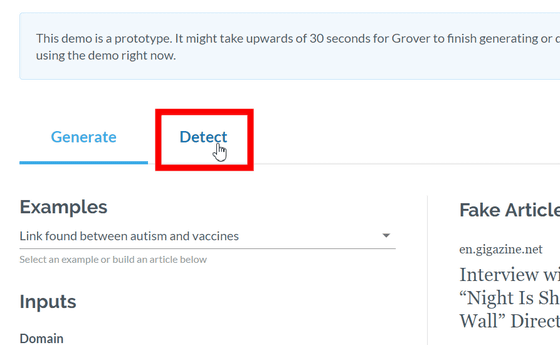 Paste the copied fake news into the text box in the red box and click 'Detect Fake News'. 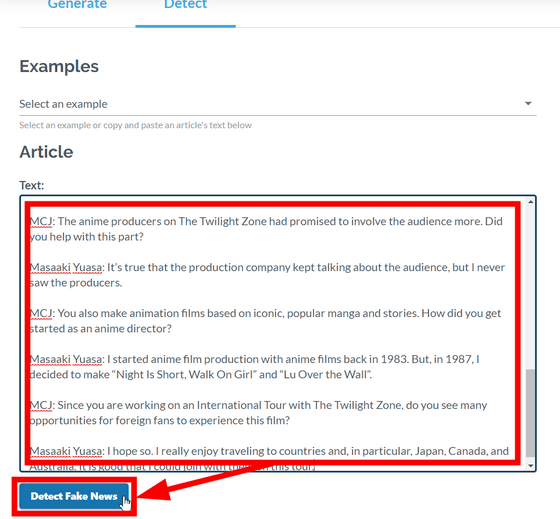 Greene, a reporter for The Next Web who actually used Grover, said, 'It is very disturbing to see my personal text nuances output on the screen by a mindless machine.' I write frank impressions.