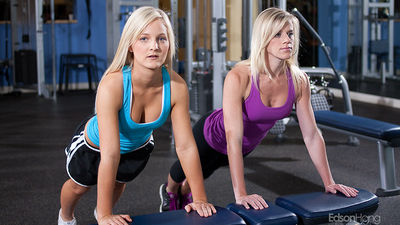 Instead of the upper body waking up, “Plank” will be introduced with the same width as the waist and keep the posture with hand in place, and the Marine Corps Recruit Training Center after January 1, 2020 (Wednesday) Will be carried out from the tests of the recruits sent to

Did lower back injuries drive the commandant's decision on planks?

According to MarineCorpsTimes, which deals with Marine Corps related news, the trigger for the change was the General Marine Corps commander General Robert Nelar visited the 3D Radar Battalion training facility in Camp Lejeune, North Carolina in May 2018. It is supposed to be a thing.

At this time, General Nellar was shown by evidence from Emily Schmidt, a physiotherapist of the Battalion, that the upper body was responsible for the back pain occurring throughout the Camp Lejeune, and the physical fitness test He was advised to introduce Planck instead.

MarineCorpsTimes has received a white paper that was sent to General Nellar after this meeting. The white paper points out that uplifting exercises do not contribute to proper core muscle development and that the ability to generate arm and foot strength is reduced when the spine is in a bent state. It has been written that 'It is not only helpful to measurement of physical fitness, but it may contribute to a high incidence of low back pain'. In fact, 91% of the members of Camp Lejeune have a perfect score for the upper body, while only 13% of them in the Plank have achieved a full score, and the upper body is accurate in the strength of the core muscle. The white paper concludes that it could not be measured.

Although it has not been officially determined whether this effect has occurred, it is true that the upset has been omitted from the subjects of the physical fitness test. If you are training your body and tend to have back pain, you may want to switch to Plank instead of raising your body.