The story of an elderly couple who earns more than 2.8 billion yen by puncturing a lottery rule 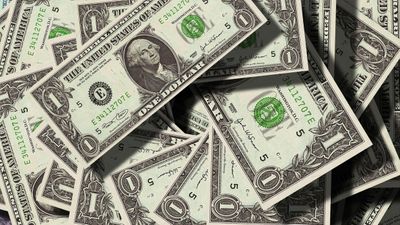 It turns out that an old couple who ran a convenience store in the countryside in the state of Michigan, USA, received a prize of $ 26 million (about 2,822 million yen) with the hole of the rule established in the public lottery The It is said that the story of making a film in Hollywood has been raised to the origin of this rapidly becoming famous couple.

The total amount of state lottery tickets purchased by Americans in 2018 totals $ 80 billion (about 8.68 trillion yen), which is the cost of concerts and sports events purchased by Americans in a year, tickets for movie theaters More than the sum of Because of this, more than 25 states out of the 50 states in the United States earn more money than corporate tax from the lottery, and it is sometimes said that 'the lottery is a tax imposed on fools '. . On the other hand, it seems that it was also a good investment destination for those who have a background in mathematics. Jerry Shelby, who was running a convenience store in Evert , a small town with a population of 1900 in Michigan, then found out one morning at a storefront of his convenience store, a state-run lottery brochure called 'Winfall' . This Winfall had a rule called 'roll down'.

This is the rule that 'if the first prize reaches $ 5 million (approximately 540 million yen due to the carryover, but the first winner does not appear, that prize will be distributed to the lower winners)' .

She was called 'Mathematical Head' by Mrs. Marge, who is one year old, and she actually had a bachelor's degree at West Michigan University, and calculated an expected value that immediately added this roll down. The odds of first place winners are quite low, so rollovers occur quite often if carryovers exceed $ 5 million. As a result, it was found that if $ 1100 (approximately 120,000 yen) was purchased when rolling down was likely to occur, then $ 1900 (approximately 200,000 yen) would be returned, so actually $ 3,600 (approximately 390,000 yen) He bought a ticket and was able to get a prize of $ 6,300 (approximately 680,000 yen). Shelby, who was convinced that this would become a business, sold a convenience store that had been operating for 17 years, gathered his wife and friends, and established a company called 'GS Investment Strategies'. It was a smasher until Michigan ended Winfall in 2005 due to a 'lack of sales'.

The story of Shelby and his wife does not end here. Immediately after Michigan ended Winfall, this time the state of Massachusetts started the 'Cash Winfall' lottery. Shelby and his wife also heard that there was a 'rolldown' at Cash Winfall as well, and for the next six years, each time a rolldown occurred, they drove 14 hours from their home in Michigan to rush to Massachusetts, and several convenience stores Continued to spend hundreds of thousands of tickets at.

Shelby and his wife are interviewed by CBS News. 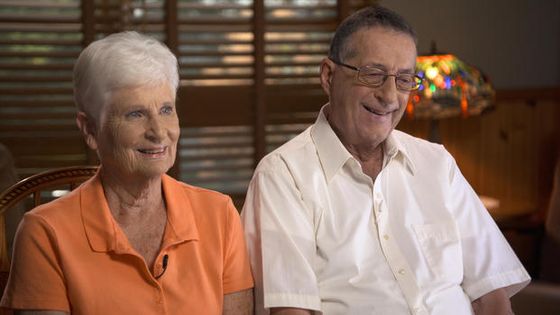 After that, the newspaper headquartered in Boston, MA The Boston Globe paper Shelby and his wife in July 2011 that it is a killing Cash Winfall have found since, Massachusetts to terminate the Cash Winfall in January 2012 Yes.

In the nine years before the end of Cash Winfall, the Shelby and his company earn as much as $ 26 million in prize money and earn as much as $ 8 million in pretax income. That he gave up. Shelby and Mrs. Shelby have been living in Ebert as of 2019, and the prize money has been spent on home renovations and educational expenses for six children, fourteen grandchildren, and ten great grandchildren. It is said that the story of filmization from Hollywood is also in the source of such two people.