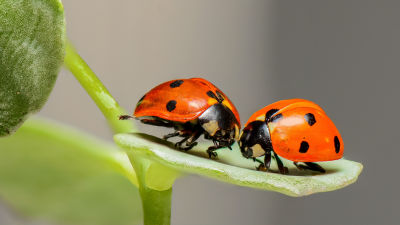 It turned out that the “big mystery shadow” caught by the weather radar was actually a large group of ladybirds. The shadow that meteorologists insisted 'it is not a cloud' seems to have a tremendous size of 128km square. Ladybugs on radar: Swarm of ladybugs so large it registers on National Weather Service radar in San Diego-CBS News
https://www.cbsnews.com/news/ladybugs-swarm-registers-national-weather-service-radar-san-diego-today-2019-06-05/

The National Weather Service, located in San Diego, USA, captured a huge cloud-like shadow on the night of June 4, 2019. Subsequent research has revealed that this shadow was not a cloud but a ladybird.

You can see how a large group of ladybugs move on the radar from the following GIF animation.

The large echo showing up on SoCal radar this evening is not a precaution, but actually a cloud of lady bugs termed a 'bloom' #CAwx pic.twitter.com/1C0rt0in6z

Having confirmed the shadow of the mystery in the radar, Dandrea instincted that 'it's not a shadow of a cloud' and asked the observer of the place where the mysterious object was generated, 'Can't you see something?' And what the observer said was that the answer 'I saw something like a small point flew away' was obtained.

According to the IPM program of the University of California, there are approximately 200 types of ladybirds in California, but it is unclear at the time of writing which type of ladybird caused this phenomenon.