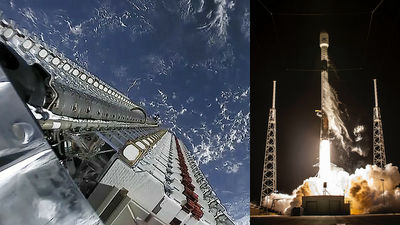 Promoted by SpaceX, a private space development company established by electric car maker Tesla and also by Eron Musk, launched more than 4,000 small satellites on the earth's orbit, creating a huge broadband communication network Is the ' Starlink ' project. The 'first 60' satellites, the key to this project, were successfully launched.

By constructing a broadband communication network using satellites on the earth's orbit, it is possible to provide equally high-speed Internet access to people living in remote areas that can not be covered by the existing Internet network. SpaceX's Starlink project aims to create a broadband communication network using such space, and it was revealed that it was approved by the Federal Communications Commission in March 2018.

Authorities sign up for SpaceX's 'Starlink' program, which provides nets worldwide with more than 4000 satellites-GIGAZINE 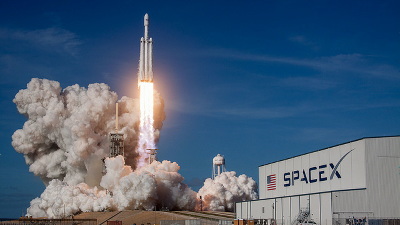 Then, on May 23, 2019 local time, 60 satellites used in the Starlink project were launched into orbit around the Earth from the Space Rocket Launch Base in Cape Canaveral, Florida, USA. The launch was made using the SpaceX rocket ' Falcon 9 '.

Moment of launch of Falcon 9 loaded with satellites for Starlink 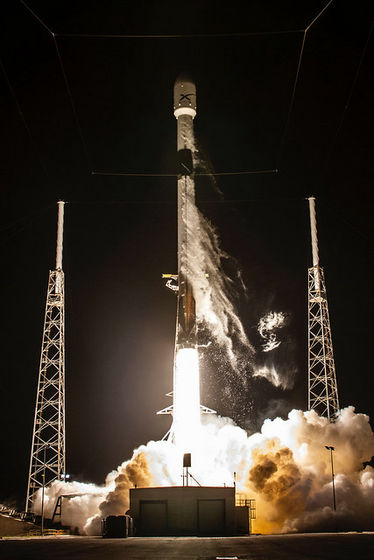 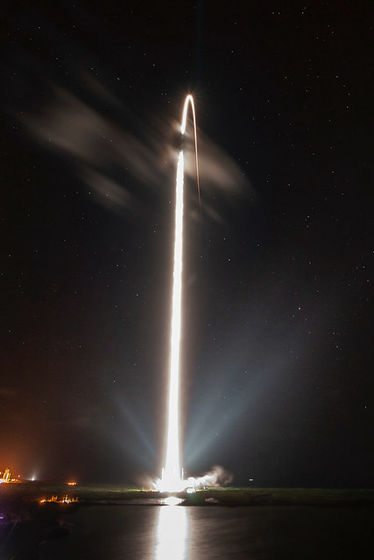 Launched on the Falcon 9, the Starlink satellites have a flat panel design that allows them to carry a large number of panels simultaneously at one time. Each unit weighs approximately 227 kg and is equipped with four high-throughput phased array antennas and a solar array for solar power generation. Also, according to SpaceX, the Starlink satellite is 'the first satellite equipped with a krypton fuel ion thruster (a propulsion system used for positioning in space)'. In addition, it has a function to automatically avoid collision with space debris. '(The Starlink satellites launched) have terabit-class connectivity, and a total of 420 early satellites will be launched in the first seven (launchings),' said Mask. In addition, satellites for Starlink support three frequency bands: Ku band , Ka band and V band . According to Musk, they plan to launch 1000 to 2000 Starlink satellites a year, aiming to launch services in 2020.

Although the coverage of the Internet will be smaller as the number of satellites for Starlink is small, it is stated that 'we will cover all in 24 launches,' and if about 1440 are launched into the Earth's orbit, the Earth will A broadband communication network covering the whole country will be completed. However, to provide high-speed Internet communication services, it is necessary to increase the number of satellites for Starlink.

SpaceX is planning to launch up to 6 degrees in 2019, and accelerate its pace in 2020, and put about 720 satellites in orbit, to create the most populated area on earth. We plan to be able to continuously cover it, 'said on Twitter.

Falcon 9 launches 60 Starlink satellites to orbit – targeting up to 6 Starlink launches this year and will accelerate our cadence next year to put ~ 720 satellites in orbit for continuous coverage of most of the coverage areas on Earth pic.twitter.com /

'The Starlink project is one of the hardest engineering projects I have ever seen, and it has been implemented very well,' said Mr. Mask. It is possible that some may not work, or even as a very small possibility, not all satellites will work, which is not desirable at all, but Starlink satellites were developed with great design So, we did our best to maximize the chance of success. '

The fact that Falcon 9 carries 60 Starlink satellites has been confirmed from the ground, and the movie of the glowing spots in a row and flowing through the sky is taken.

The 'Galactic Railway' that travels through the starry sky.
A train of Starlink satellites launched by Space X.
As a result of shooting with different cameras, a figure of several dozen satellites aligned and lined up was captured. pic.twitter.com/WQupl73g48

A tweet that tells you that you have successfully deployed the satellite at a given location after launch.

After successfully launching the Starlink satellite, SpaceX has opened a new website for Starlink. According to the official site, SpaceX will launch broadband services in the northern United States and latitudes of Canada after six launches in 2019. 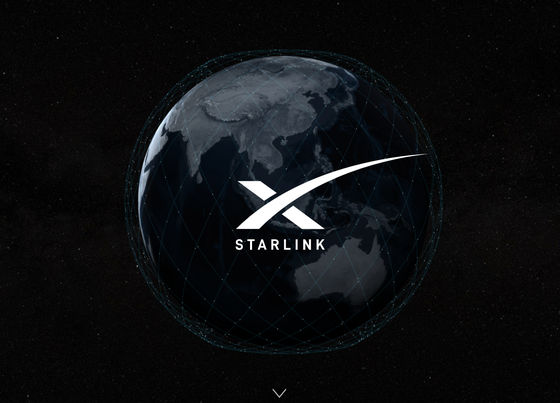