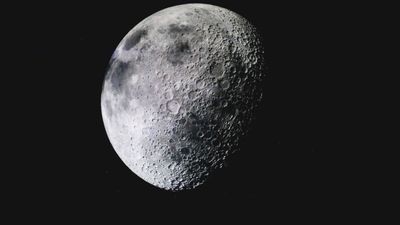 The United States Air and Space Administration (NASA) has announced the ' Artemis plan ' to send humanity to the moon again by 2024, and is applying for additional budget to Congress. Such NASA's lunar orbit 'on the lunar orbit platform gateway is planning the construction of', the development of space technology Maxar Technologies today announced that it has signed a purchase order contract of the module responsible for power and propulsion and orbital platform gateway .

'The next time we go into space, it means staying on the moon,' said NASA Secretary Jim Breidstein, May 23, 2019. The Moon orbit platform gateway balances the gravity of the earth and the moon, and operates as a reusable orbit base. The deal announced on Thursday is expected to total up to $ 375 million (approximately 41 billion yen). Maxar Technologies is concerned with the aerospace startup Blue Origin , which was founded by Amazon founder Jeff Bezos, and the Charles Stark Draper Research Institute in design, construction and spacecraft operations.

The fact that Maxar Technologies has also partnered with Blue Origin suggests that the component of the Orbital Platform Gateway may be transported into space by the New Glenn vertical landing rocket developed by Blue Origin. In a phone interview with the media, Maxar Technologies has stated that it will select a commercial rocket that will launch parts in the next 12 to 18 months, the leading candidate being seen as New Glenn.

On the other hand, development delays often occur in large-scale space development, so New Glenn may not be developed by 2022 when NASA plans to launch parts. As a result, Maxar Technologies will continue to consider alternatives.