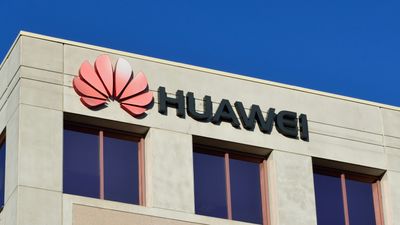 As President of the United States of America Trump signed a presidential decree that 'prohibits the trade of foreign products with risk in information communication', Google provides OS · Android to Huawei smartphones and parts such as chipsets for smartphones The manufacture of Intel and Qualcomm announces the suspension of transactions with Huawei one after another. And, it was discovered that Microsoft had also removed Huawei products from their online store.

In response to President Trump's signing the presidential decree that 'prohibits the trade of foreign products with risk in information communication,' the Bureau of Industry and Security (BIS) can be said to be a blacklist of business partners. Announced that Huawei has been added to the Entity List . This made it virtually impossible for American companies to trade with Huawei without obtaining permission from the Department of Commerce. The entity list (PDF file) can be viewed from here .

Not only Huawei's headquarters in China, but also its branch offices and 68 locally incorporated subsidiaries around the world are listed in the entity list announced by the Ministry of Commerce, including Huawei Japan Co., Ltd. , a Japanese subsidiary. You Against this background, Microsoft has deleted the page of Huawei's latest laptop computer '

Matebook X Pro ', which was sold at its online store, manufactured by Windows 10. You can view the Matebook X Pro product page on the

However, when I accessed the

URL of the product page directly, it was displayed that the page did not exist.

Also, if you enter ' Surface ' on a tablet PC developed by Microsoft in the search field, it will hit with a single shot ...... Searching for 'Matebook' in Huawei's Tablet PC in the 'Hardware' category will not hit anything. 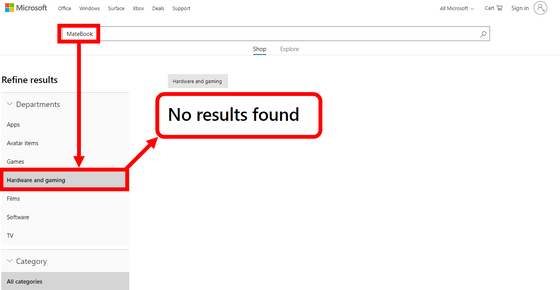 Searching for 'Huawei' resulted in the same result. From this, we can see that the Huawei product is completely 'not' in the Microsoft Store. 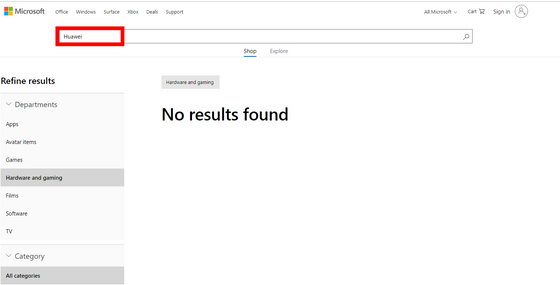 Since it just disappeared from the Microsoft Store, for example, Amazon.co.jp etc. can be purchased at the time of article creation, but even if it is purchased, whether it will be possible to obtain Windows 10 updates and other Microsoft support continuously Not obvious.

Google announced and discontinue support of Android and Google Play for the future of Huawei products, 'the support of the existing Huawei products continue to' the announcement but we are, the range of 'services that can be from a consideration of the Presidential Decree And the contents are under scrutiny.

Microsoft has not made any official announcements or comments at the time of writing about the handling or support of Huawei products, but it is expected that it will keep up with the movement toward Huawei exclusion.