“IT / It THE END“ If you see it, it ’s over. ”The trailer will be released all over the world at the same time. 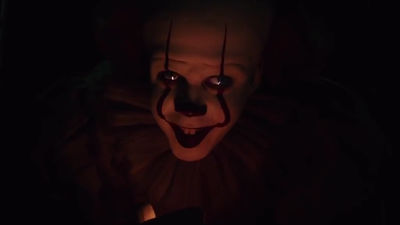 
Beverly (acted by Jessica Chastain), who visited the room where she once lived, is welcomed by Mrs. Kirsh, the current resident.

Beverly looking for a place in the room with the words 'I'll boil hot water, watch it as you like' discovered a letter that started from 'Your hair is a winter fire' sent from the building.

I smile unintentionally. However, there is an eerie figure in the back of the hallway.

Mrs. Kirsh plays music and begins tea with Beverly. It seemed like they were talking to the public saying 'I'm sorry, it's so hot' ...

'I know what you are saying about Delhi? 'No one really died here.''

And I went to the kitchen saying 'The cookies were baked.' Hand-held Musha Bebery talks with Mrs. Kirsh while looking at the photos in the room. The photo shows Mrs. Kirsh's family and his wife's father came to Delhi with only $ 14 in his pocket ...

The face of Mrs. Kirsh's father, 'I joined the circus in town,' looks exactly like the Pennywise who once attacked Beverly.

A spooky shadow crosses behind Bevery ...

A young hand that comes out of the drain.

And before the loser club ...

Again, a clown with that red balloon appears.

What has changed in the relationship between Bill and Beverly?

A pair of gloves that captured the light

A girl goes back unintentionally.

It was Pennywise that his glove disappeared in the dark and showed his face. Say hello and smile.

The stage is 27 years after the previous work. The story of a complaining message of “COME HOME COME HOME (come back ...)” arrives at the “Lost Dog Club” that once confronted “It”…

The first ban visual of the work was an impressive red balloon floating in the dark. This balloon suggests that the fear of “it” still continues. 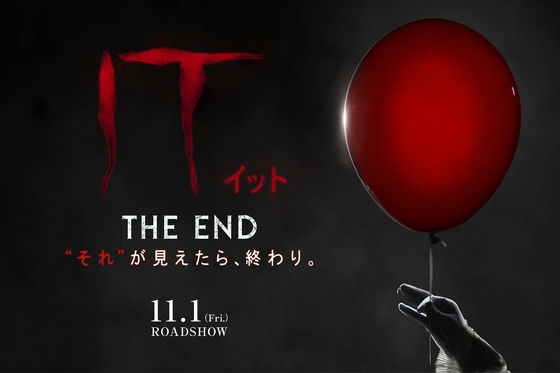 Red balloons have also appeared under the casts. James McAvoy posted “It's coming.” With a balloon message on Instagram.

Balloons are behind the fountain where Jessica Chastain sits.

Chaplin and I weren't on speaking terms when this photo was taken.He tried to roll in a pile of garbage, and I strongly advised against it.He's a total ????

Isaiah Mustafa, who plays the role of Mike, has a balloon behind the phone that makes him want to teach 'Back!'

When the dungeon master catches you outside on the phone during a D & D game. # Brb #busted

Stanley Andy Bean seems to be facing a red balloon floating outside the kitchen.

Zen and the art of morning dishes

And behind director Andy Muskieti ...

From the original author, Steven King, a message using “I saw it but it was amazing” and “I'm floating” and an impressive line from the previous work “You'll float too.”

Looking forward to IT CHAPTER 2? You should be.I've seen it, and it's terrific.The trailer is coming Thursday, at noon.You'll float.