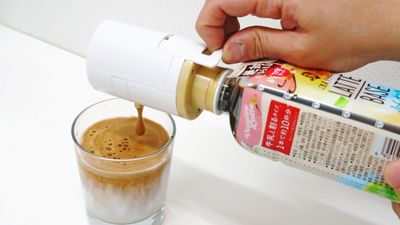 From the “ Boss latte base ” series of the concept “you can easily make a cafe latte like milk and a store with a luxurious flavor” from Suntory's “ Boss latte base Fluffy vanilla latte ” that blends the rich aroma of vanilla. It has appeared for a limited time from April 23, 2012. Also, from the same day, a campaign has been launched to ensure that you can get a ' Boss Original Waku Foam Server ' where you can create the bubbles of a latte like a shop by collecting six application tickets attached to the Boss Latte Base. This time, I used Waku Foam Server and drank the boss latte base and soft vanilla latte.

Boss latte base The soft vanilla latte package is based on cream and pale water. 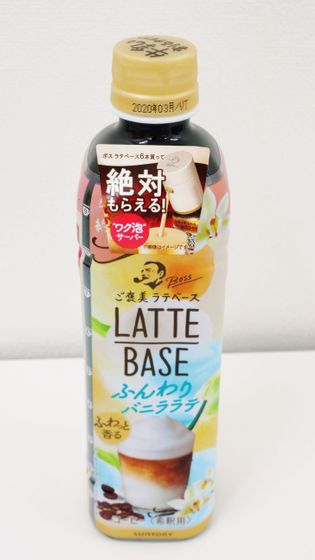 On the front of the package is an image of a creamy latte in a milk-rich latte. 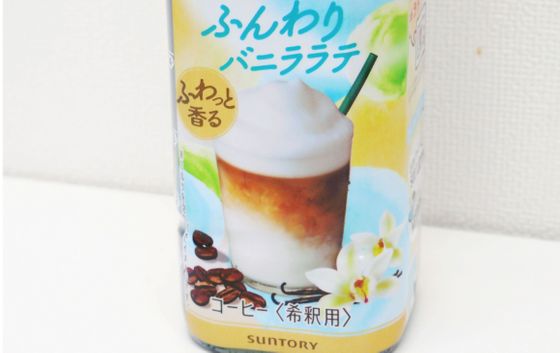 On the side of the plastic bottle, a sticker was attached to emphasize the campaign that 'Waku Foam Server' which will bubble the boss latte base finely is absolutely received. We will use Waku Foam Server later this time. 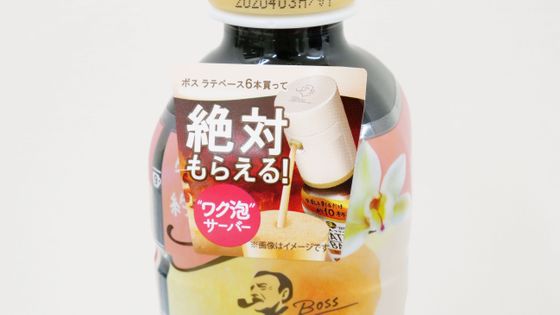 At the bottom of the label, there is an application ticket to be used for the Waku Foam Server campaign. 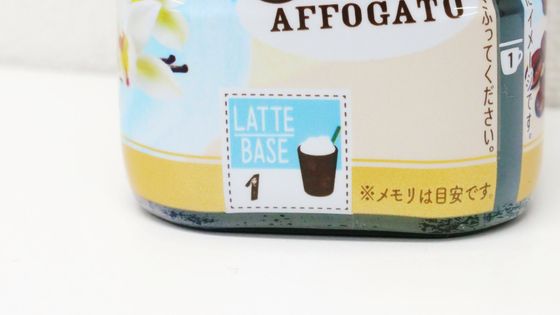 If you divide it with milk, you can make about 10 cups of vanilla latte with one boss latte base. 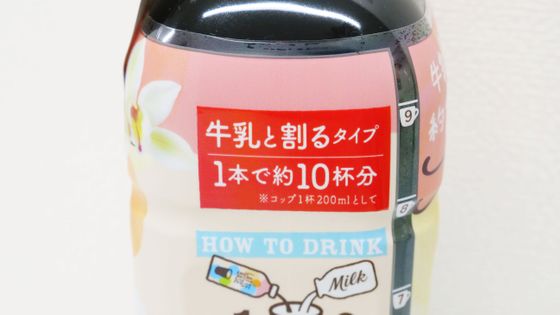 Bos Latte Base The soft vanilla latte is made from coffee, sugar / flavor, and sweetener (Acesulfam K). 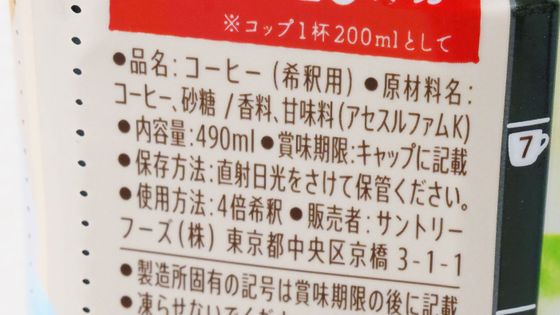 The calorie is 57 kcal per 100 ml. Since 49ml of undiluted solution is used for one vanilla latte, the energy for one cup is about 28kcal. In addition, 100 calories of milk is about 67 kcal, so if you combine it with 150 ml of milk, one calorie of vanilla latte will be about 129 kcal. 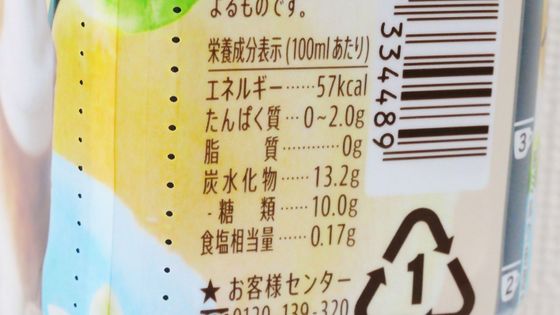 The latte-based plastic bottle has a scale that serves as a guide for a cup, and you can use it as a guide to see how much it pours. 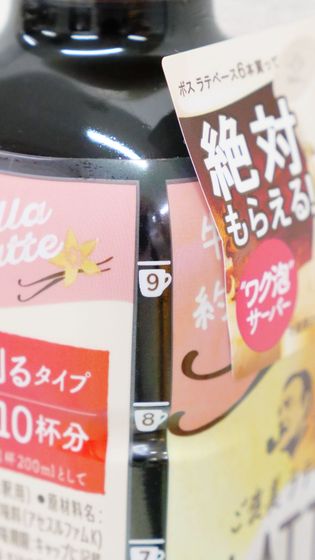 I will actually drink it. Boss Latte Base Fluffy vanilla latte can be made simply by pouring latte base and milk in a 1: 3 volume into a cup. The recommended volume is 49 ml of latte base, and milk is about 150 ml of that three times, so measure 150 ml of milk first. 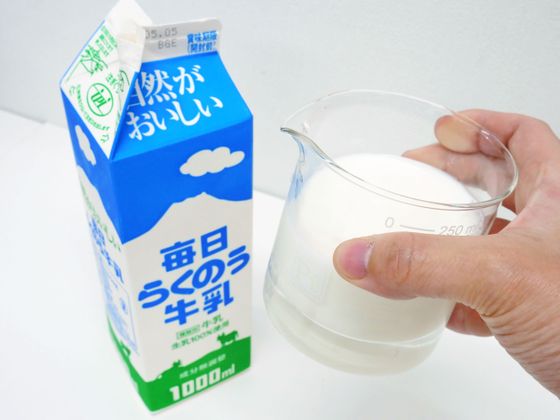 Boss Latte Base Fluffy vanilla latte is 'Please shake well before opening', so sprinkle plastic bottles up and down. 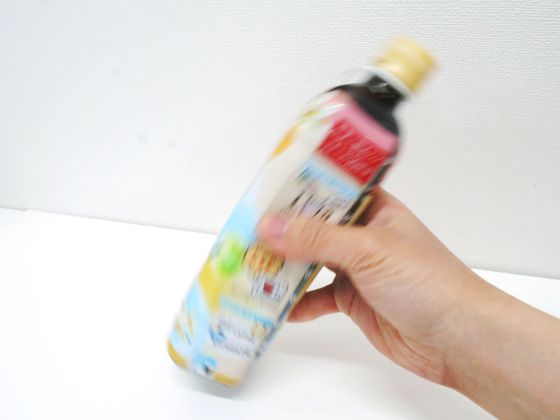 Pour one cup of latte base into the cup while looking at the scale on the side of the bottle, and pour about 150 ml of the milk you measured above to complete the boss latte base and the fluffy vanilla latte. 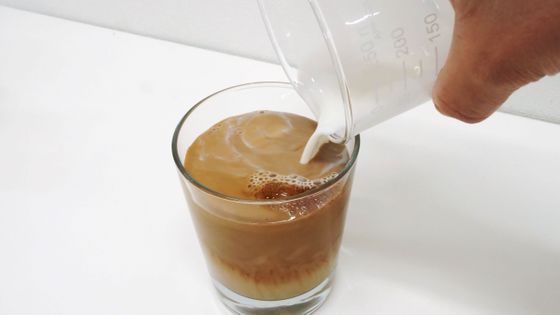 When I drank it, it was a latte in which both the mellow sweetness and the bitterness of coffee were felt firmly. On the other hand, I can hardly understand the smell of vanilla, probably because the flavor of coffee is firm. 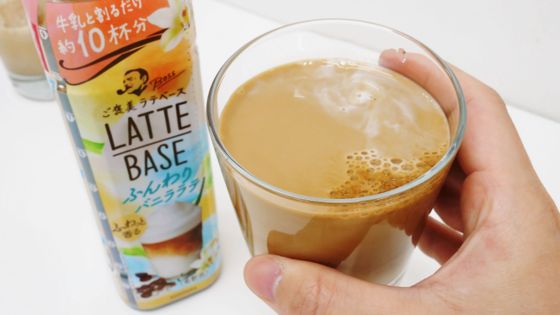 The “Boss Original Wow Foam Server”, which can be attached to a boss latte base to create “exciting bubbles,” is an application ticket that follows the label of the boss latte base without sugar, sweetness, burnt caramel, tea latte and fluffy vanilla. If you collect pieces and send them by postcard, you will always receive them. There is a pedestal part to put the body when not in use and a body part to be attached to the latte base. 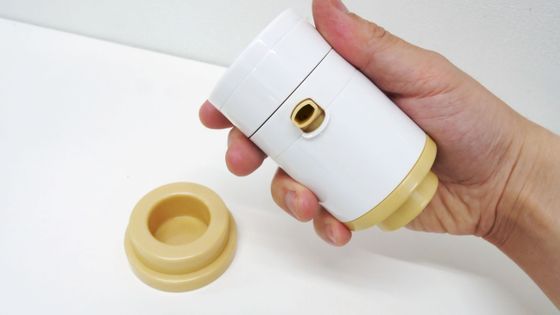 When the slide switch of the motorized part is pulled, the internal motor is activated and bubbling starts. During operation there is a loud sound called 'Boon'. 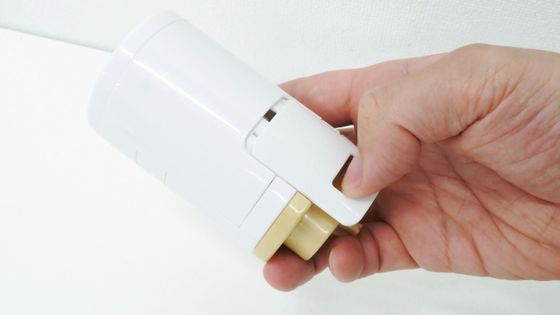 I will try using Waku Foam Server. First, pour milk into a glass in advance. 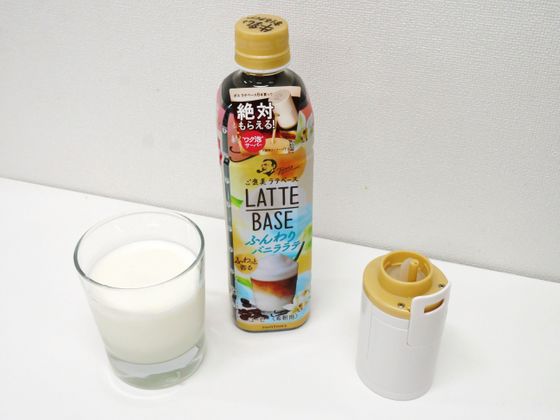 Open the lid of the latte base plastic bottle, attach Waku Foam Server to the mouth, and turn it clockwise. 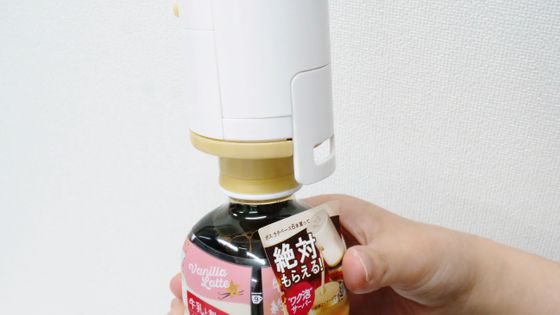 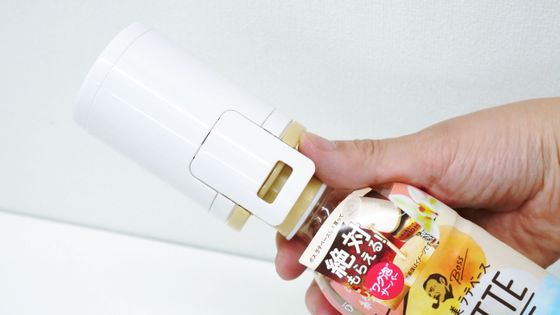 Hold the foam server so that the spout is on the top of the milk, and pull the slide switch while tilting the plastic bottle to pour the foam. You can check how the server is actually used with the following movie. It seems that the liquid before being bubbled is poured as it is if the plastic bottle is tilted too much, so it was necessary to have a tip to pour only the bubble.


When used upside down, the fluid will flow back to the motorized part and cause failure. Therefore, stand up on the pedestal part after use. 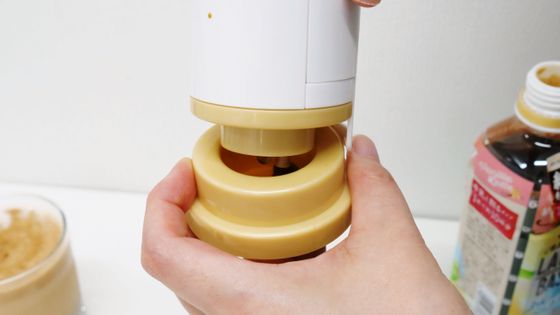 Boss Latte Base with Waku Foam Server Soft vanilla latte looks like this. There are plenty of bubbles in the latte. 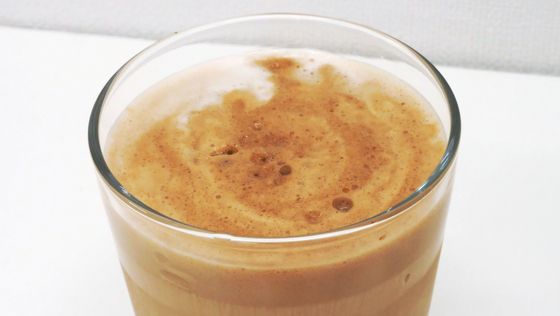 Foam milk on cappuccino etc., as the name suggests, is a mellow taste with milk, but since Waku Foam Server foams a latte base, the bitterness of coffee is strong foam. The fine foamy foam is added as an accent to the fluffy foam that you drink in the shop, but the 100% latte-based foam is a bit 'hard', even if you tilt the cup inside the mouth It doesn't flow in and it tends to drink more base milk. It is better to use a cup with a shallow bottom to enjoy the latte foam well. 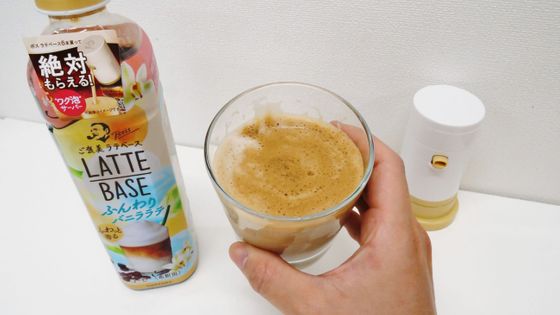 Also, since the boss latte base fluffy vanilla latte can be enjoyed even hot, I tried to warm it up with a latte foam and put it in the microwave ... 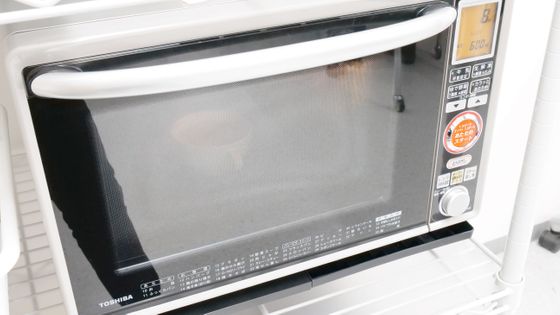 It seems that the latte foam disappears in a moment when it is hot, and the same result was achieved even if only the milk was warmed and then the latte foam was applied. As for the taste, it is the impression that the hotter tastes more mellow. 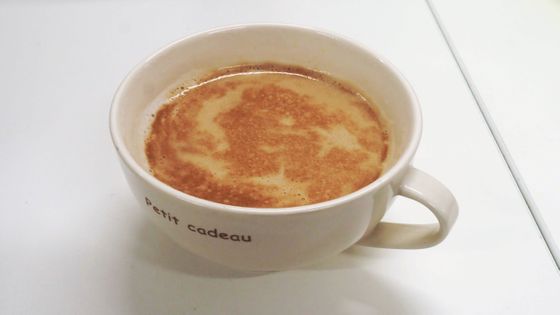 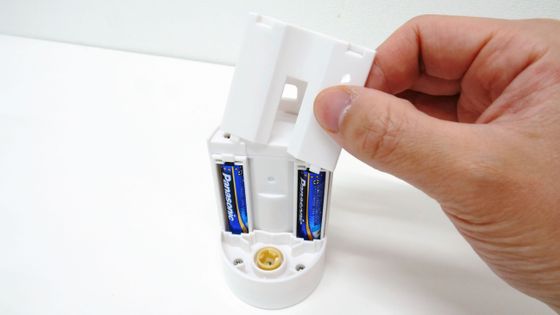 The bubbling part breaks up finely ... 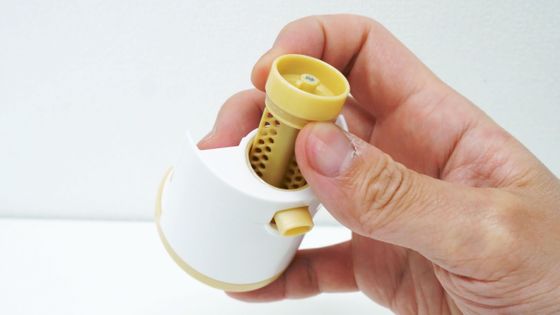 It can be washed away with lukewarm water. It is necessary to wash immediately after use. 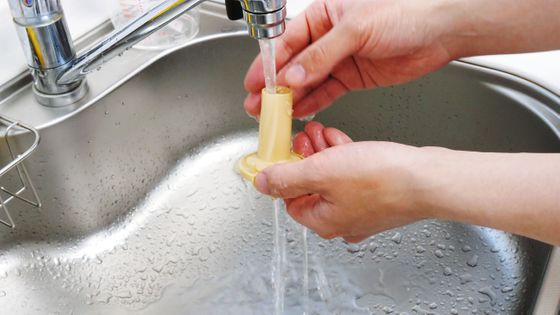 'Boss latte base soft vanilla latte' is sold nationwide from April 23, 2019 for suggested retail price 278 yen. The “Boss Latte Base Original Waku Bubble Server Absolutely Get! Campaign” is held from April 23, 2019 to June 28, 2019, and the Bos Latte Base is sugar free, sweetness modest, charred, black tea latte, soft vanilla If you collect the 6 application tickets included in the package, paste it on the application postcard, paste the postage stamp of the specified post and apply, you can always get the 'Boss Latte Base Original Waku Foam Server'.