'The Avengers Finish', a series complete work 'Avengers / End Game' special video aiming to reverse victory to save the half-depleted human race is being released 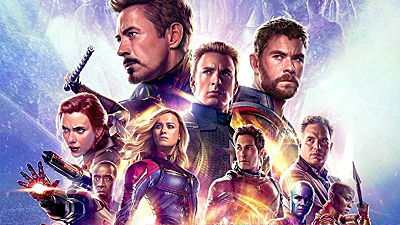 ' Avengers: End game: Captain America, Sor, Black Widow, Hulk, Hawkeye and others who survived the fierce battle with' Sanos ' The special video of 'is published on YouTube. It also depicts a scene where Captain America and Ironman, who had become unfriendly enough to fight each other once, shake hands firmly.


The base of the Avengers floating in dusk.

'Our team is too few'

A conversation in which 'a lot of lives are lost ...' is exchanged. Human beings including members of the Avengers have been erased in half by the enemy 'Sanos' that exceeds the strongest.

'There is no choice but to do'

'For a friend who is not here'

In front of the soar (Christ: Chris Hemsworth) that holds the magical eagle 'The Stormbreaker' ...

The Avengers head together for a fight.

'I can't overturn my mistakes'