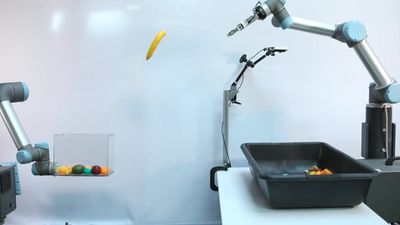 Human beings do the act of 'tossing things' casually, but the action of throwing things is actually very sophisticated. The robot '

TossingBot ' that can learn the motion of throwing such a thing using machine learning is announced from Google.

The act of throwing an object is a very complex operation, involving the state of the throwing object, the timing of releasing the object, and the physical action after throwing. It is possible to make the same object in the same way by creating a robot correctly, but it is very difficult to program a robot from scratch that picks and throws ping pong balls, fruits, tools etc randomly placed in a box from scratch is.

So Google worked with researchers at Princeton University, Columbia University and Massachusetts Institute of Technology to develop the robot TossingBot, which uses machine learning to learn to throw things. TossingBot visually recognizes the throwing object and learns what kind of result will occur when throwing the object by repeating the action of actually throwing the object, and how to get the desired result. Of.

See the following movie to see what kind of machine learning robot the TossingBot is.


The robot arm is thrust into a box containing a model of banana, balls, etc ... 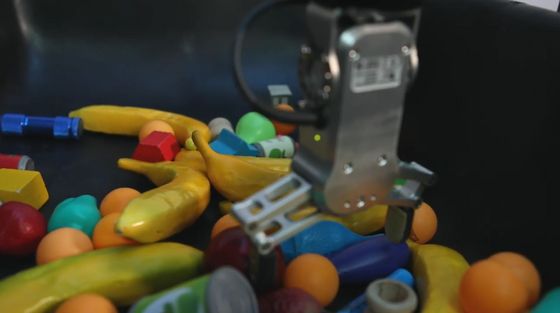 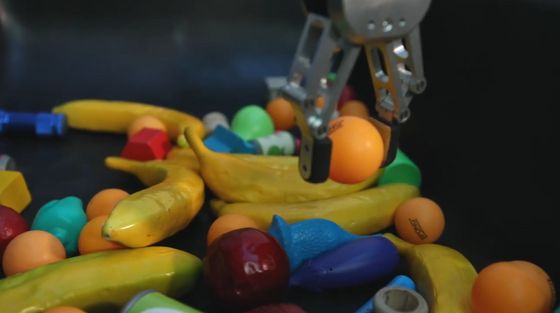 The robot arm lifts the ping pong ball from the box ... 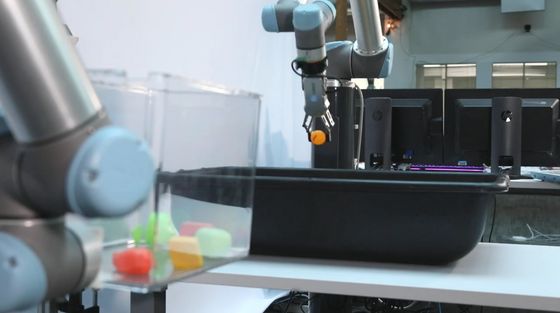 I threw a ping pong ball into a box at a distance. If you look closely, the box also matches the orbit of the ping pong ball, and the position is shifted. 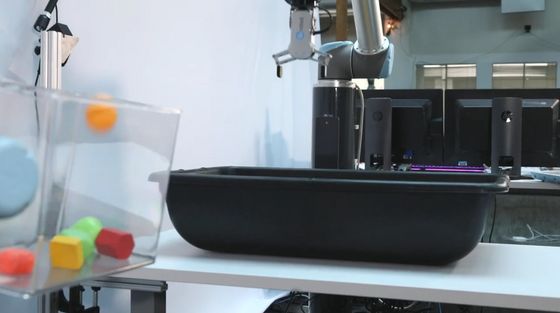 Next, the robot arm grabbed a banana model that had a different shape from a ping-pong ball. 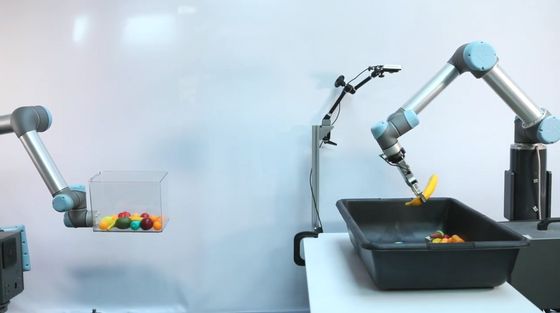 When the arm throws a banana, the box finely adjusts the position and catches it wonderfully. 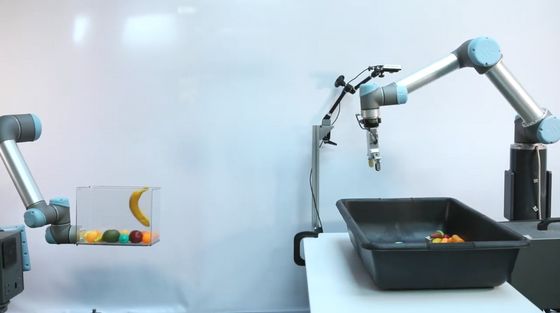 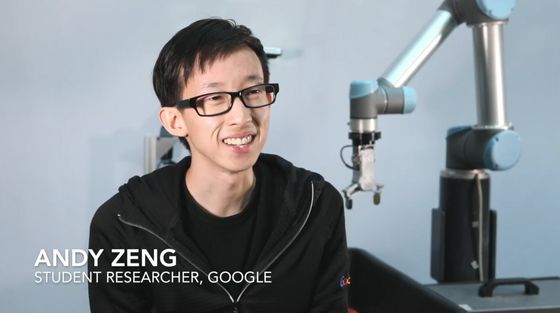 People throw trash into the trash ... 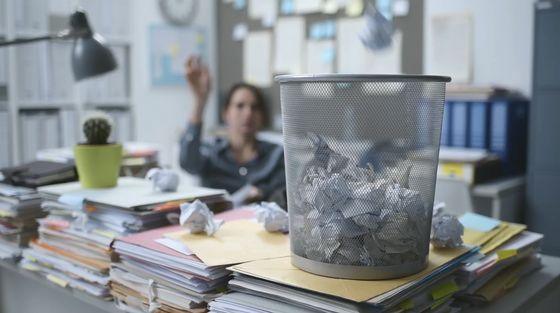 I throw clothes into my laundry basket and throw things in my daily life casually. 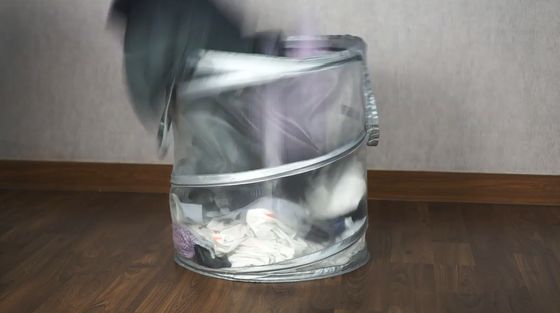 However, Mr. Zeng states that these actions of throwing things are a combination of very different elements. 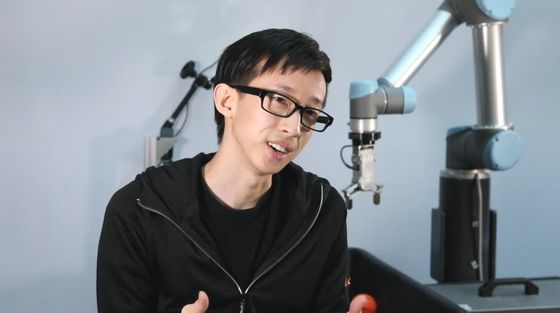 To throw an object, first hold the object correctly ... 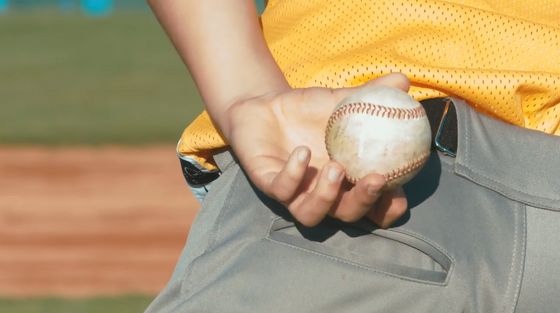 You need to shake your arm at an appropriate speed and release your finger at the right time. 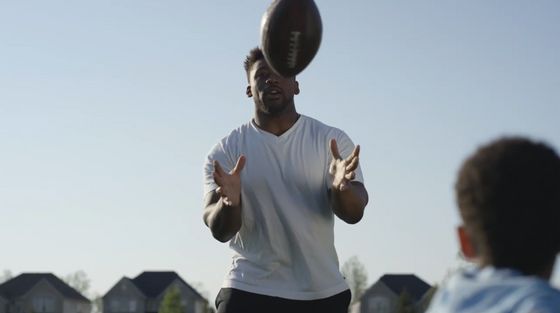 Also, depending on the throwing object, the action when throwing and the trajectory after throwing change. 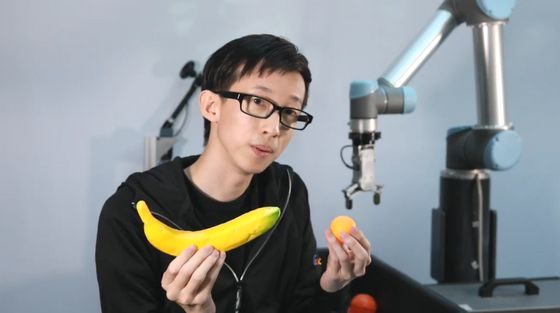 Since humans have thrown various things from an early age, they naturally have acquired these movements ... 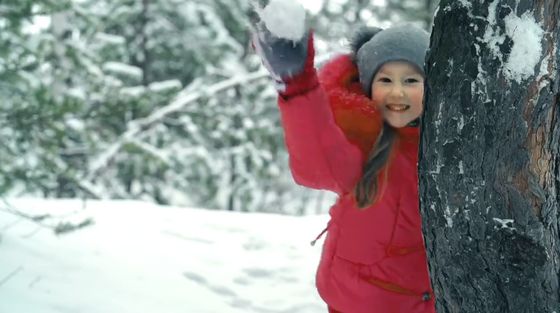 Zeng and others studied whether they could teach them to throw objects to robots. 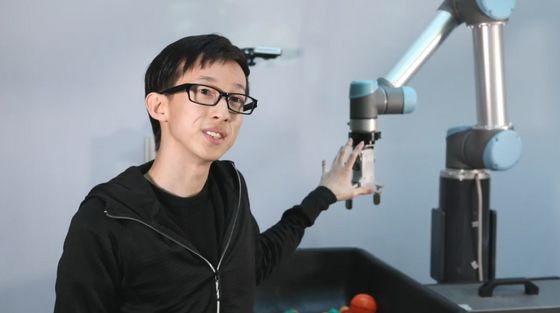 The act of throwing things is possible without using so much energy, but using only part of the body ... 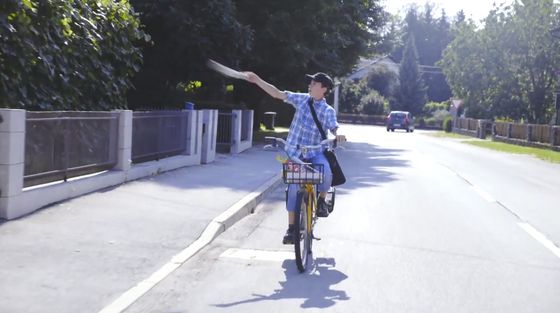 Objects can be moved to locations that can not be reached physically. 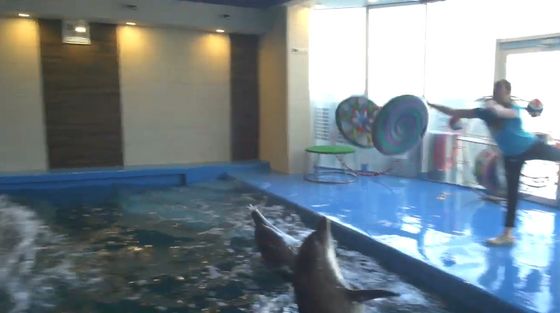 In addition, because it is possible to move things faster than moving and placing one by one, throwing objects is very efficient in moving objects. If the robot arm can throw things properly, it may be active in many situations such as picking at a delivery site, a factory, or a disaster site. 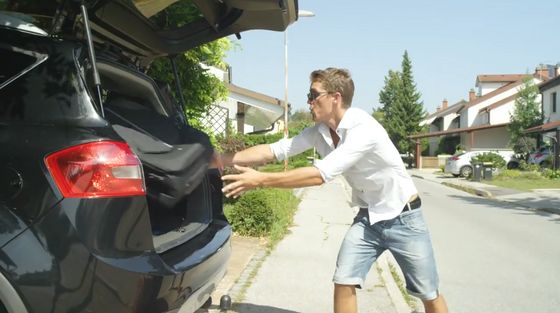 A robot named TossingBot picks up objects from a cluttered box containing various objects and learns the mechanism to throw objects by repeating the action of actually throwing. 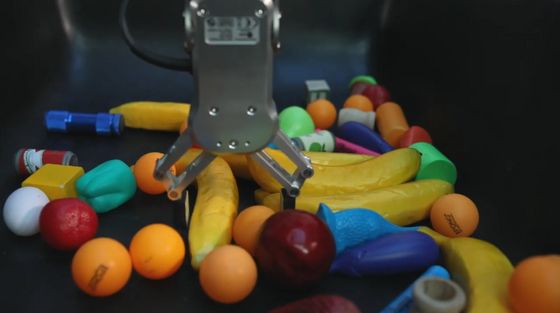 Repeating throwing motions repeatedly, how to swing the arm depending on the shape of the object, when to release the object when appropriate timing, how the object flies, etc Will continue to accumulate. 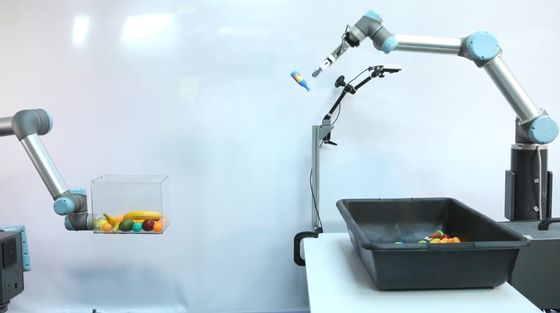 As with human beings throwing, TossingBot determines the shape of an object from visual elements before picking it up. In the beginning, I'm making mistakes again in grabbing things, but eventually I become able to grab things accurately and I'll keep learning about throwing behavior as well. The TossingBot can repeat 10,000 times for about 14 hours, and after 10,000 learnings, grab the object with 87% accuracy and get the object in the right place with 85% accuracy. It can be thrown in. 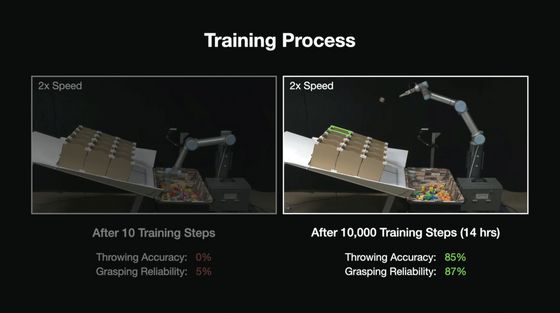 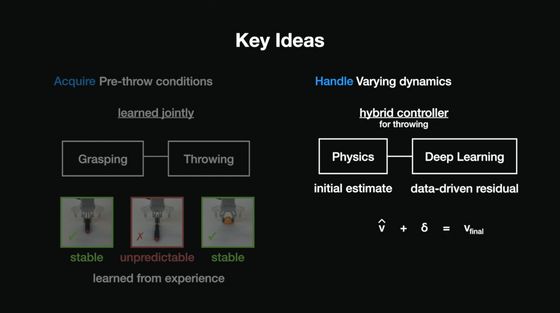 Training TossingBot can handle hundreds of trials even if it is given an object with a different shape than before. 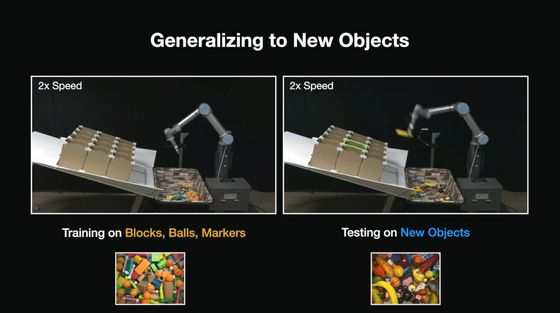 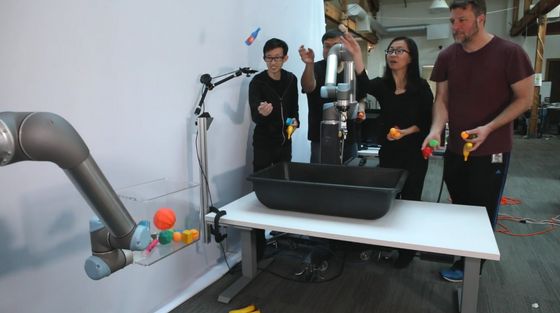 Unexpectedly it was difficult to throw an object into a box at a distant place. 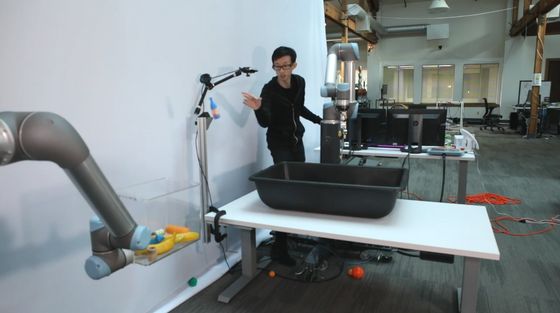 After learning, TossingBot was able to throw objects more accurately than humans. 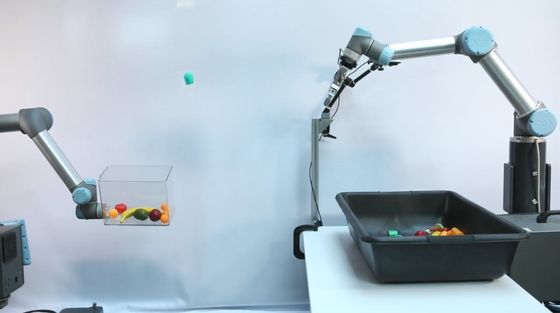 Zeng said the development of TossingBot was a lot of fun. 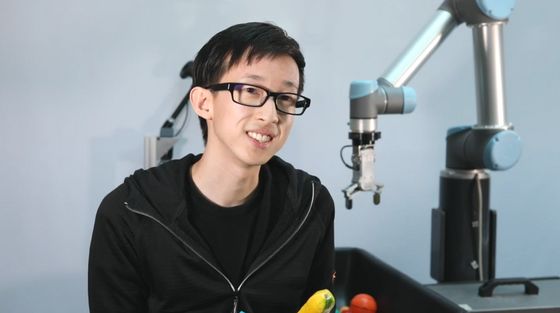