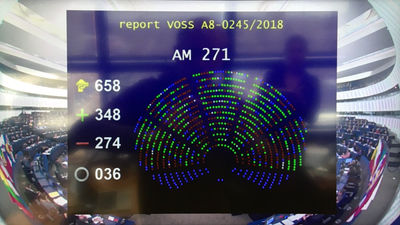 The EU Parliament has approved a draft of the Copyright Directive, which was created to make copyright law more rigid. Due to the fact that ' link tax ' will be able to claim copyright fees for links on the Internet, and Article 13 that requires platform operators to be responsible for copyright violations, this revision will require YouTube Criticism came from a variety of companies and organizations, including the entertainment industry and artist groups .

What is considered particularly problematic is Article 13 of the revised Copyright Directive. This is 'to require the platform operator to be responsible for copyright violation,' and it is feared that a platform that is afraid of copyright violation may lead to a strict censorship of content on the Internet. The content of YouTube, which was expected to be particularly strongly affected, is what Article 13 is and how much it will affect creators active on Internet content and platforms. Is described in the article. 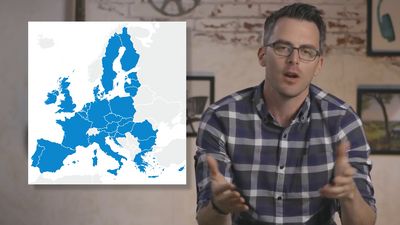 The campaign against the EU's proposed revision of the Copyright Directive attracted as many as 5 million supporters, and in fact there had been a massive 150,000 protest campaign , but a vote by the European Parliamentarians took place. The revised proposal was approved in favor of

348 votes for the European Parliament members, 274 for the opposition, and 36 for the abstention.

Dark days for internet freedom: The @Europarl_EN has rubber-stamped copyright reform including # Article13 and #Article 11. MEPs refused to even consider acomments. The results of the final vote: 348 in favor, 274 against #SaveYourInternet pic.twitter.com/ 8bHaPEEUk3

However, regarding Article 11 and Article 13 of the EU Copyright Directive Amendment, it is also clear that there are multiple European Parliamentarians who have voted wrong . According to media reports, Swedish Democrats Peter Langren and Katarina Winberg have mistakenly voted in a vote to remove Article 11 and Article 13 from the revised Copyright Directive. . It is believed that this was deliberately triggered by someone, and Techdirt points out that without this false vote, articles 11 and 13 could have been deleted.

En Parliament MEPs Say They Mistakenly Voted For Articles 11 & 13 That The Vote Should Have Flipped; EU Parliament Says Too Bad | Techdirt
https://www.techdirt.com/articles/20190326/15193241877/enough-meps-say-they-mistakenly-voted-articles-11-13-that-vote-have-flipped-eu-parliament-says- too-bad.shtml

However, the EU released official voting records and stated that 'European parliamentarians can correct the vote, but the result does not change,' and clearly denies that the voting result will not be overturned. .

As a result, we can say that the obstacle to stop the tightening of copyright law is almost gone all over Europe. In the future, member states will vote on the final draft of the revised Copyright Directive in the European Council. Although there is a possibility that the majority approval will not be obtained here, it is necessary for at least one or more major countries to reconsider. As a result, German and Polish activists are lobbying to change their position in favor of the government's proposed revision of the Copyright Directive.

If this attempt also fails, the introduction of the revised proposal will become a reality. Unlike the General Data Protection Regulations (GDPR), the proposed amendments to the EU's Copyright Directive must be replaced with copyright laws of EU member states, and the EU is said to be aiming for introduction by 2021. . The first to appear to introduce a Copyright Directive revision is France, which has strongly supported copyright revision. On the other hand, in countries such as Poland where many politicians are opposed to the revision of the Copyright Directive, it is expected that it will take a long time to introduce.

In addition, YouTube has issued a statement in light of the fact that the EU Parliament has approved the revised Copyright Directive.

Update: The European Parliament has now voted on the EU Copyright Directive. Thanks to the creators who spoke up about how to # Article 13 will impact them and their communities. Here's our statement on today's vote pic pic.twitter.com/ETHEOYwr7