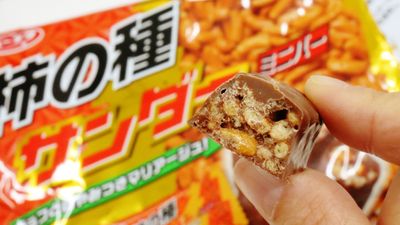 Persimmon seeds of crunching sound the snack of snacks sense that the texture Black Thunder wraps 'persimmon seeds Thunder' has become a mini-bar as 'seed Thunder minibar persimmon', Black Thunder is reborn become bitter in the three types of chocolate For a limited time, the ' Black Black Thunder ' flavor has appeared since March 15, 2019. The

bitterness of ' butterfly ' increased by using two kinds of chocolates, 'Sauce seed Thunder mini bar' and ' Black sander bitter ', which put out the after taste of chimi pepper from the ' Stone seed sander ' that appeared before Since 'Black and Black Thunder' has been sent to the GIGAZINE editorial department, I tried to actually check what kind of power-up I did.

[Black and Black Thunder]
'Black black sander' where you can enjoy [feeling bitter feeling] at convenience stores and supermarkets all over the country from March 25 (Mon) is newly available ('-' *) ♪ The sweetness modest 'Black sander that appeared last year' From 'bitter', chocolate change and chocolate chips of 3 kinds of cacao mass use are blended, and further the feeling of bitter UP! pic.twitter.com/hO3MyLSXfo

This is the Family Pack of 'Kakinozu Thunder Mini Bar'. 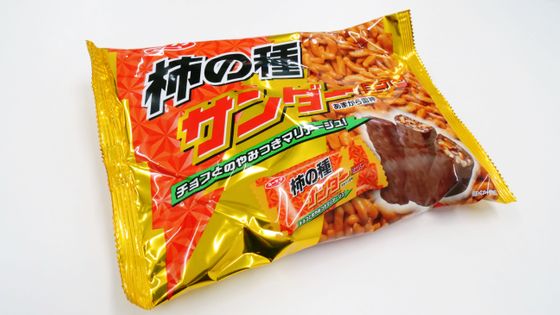 Kashiwa Seed Sander ' reviewed earlier, 'Kashiwa Seed Thunder Mini Bar' contains 'Pepper Seasoning' which has not been used before, and the presence of more common pepper I can expect the feeling to increase. The standard calorie per 11g is 56kcal. This is what you get when you take out the 'Seed of the Wolf Seeds Thunder Mini Bar' from the Family Pack. There were 14 'Snow seed Thunder mini bars' in one bag of Family Pack. 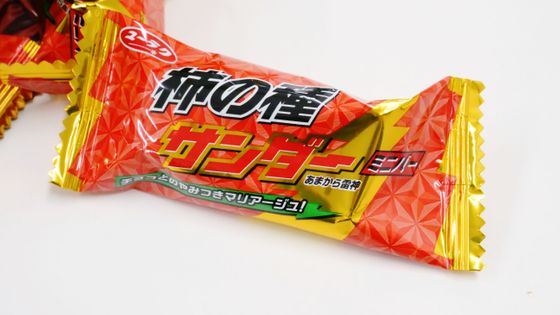 In the package of 'Seeds of Sander Seeds Minibar', the tagline 'Saddle with chocolate and Mariage !' Which was also included in the family pack is described. If you take out the 'Seed of the Agate Seeds Thunder Minibar' (left) and compare it with the normal black sander (right), it is just a mini-bar and one size smaller than the standard 21g black sander. 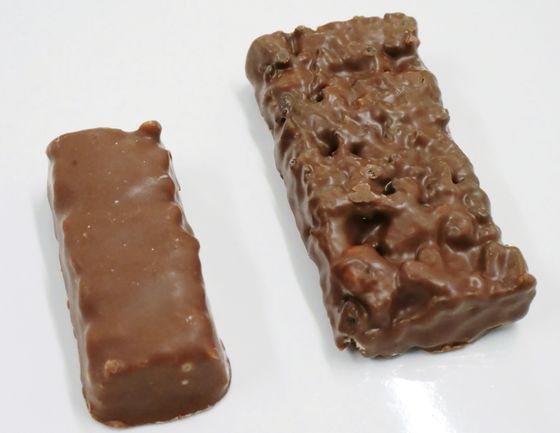 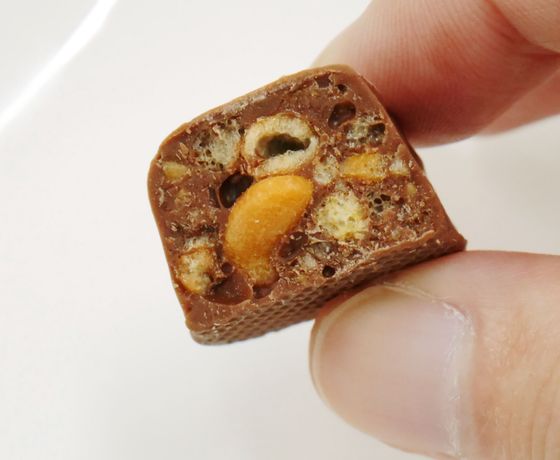 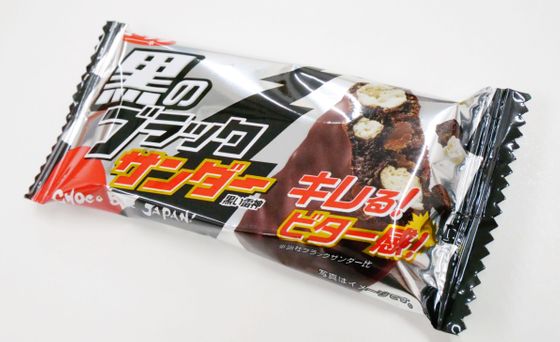 If you compare the package with a regular black sander, you can see that the basic design is common. Compared to the usual black sander, which is based on the golden color of lightning, the 'black black sander' is based on platinum color and has become a more luxurious package. There is also a tagline of 'Black! Black Thunder' which is not found in normal Black Thunder: 'Keep! Bitter!'. Calories are 126 kcal per 23 g standard. There is a slight difference, but 'Black Black Thunder' was 2g more than normal Black Thunder. 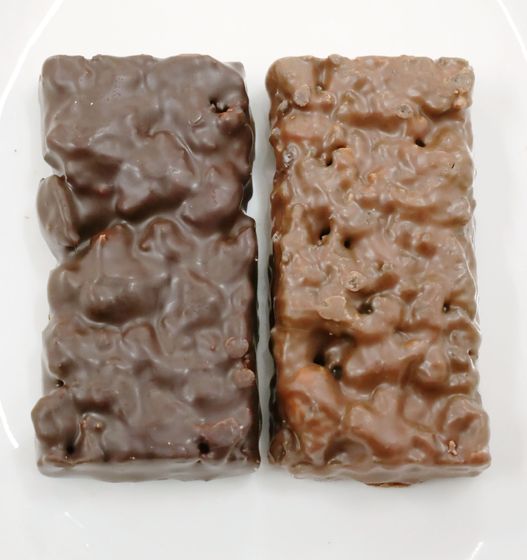 The 'Stone seed Thunder mini bar' and 'Black black sander' have been sold at retail stores nationwide from March 25, 2019, and the price is 'Black seed black mini bar' 324 yen including tax, 'Black Black Thunder is 43 yen including tax. As 'black sander' is sold for a limited time, it is recommended to check early if you are interested.