Shoji Kawamori's first attempt at making a movie into a game, the girl's adventure unfolding in the world of alchemy and magic 'Theatrical Edition Who's Alchemist' Special Stage 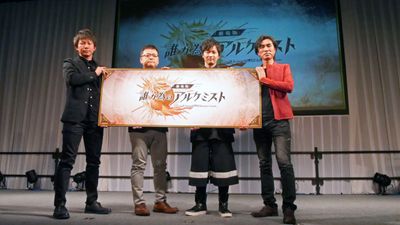 A special stage event for '

Theatrical version of Alchemist ' scheduled for June 14, 2019 was held at Anime Japan 2019 . Shoji Kawamori, who was the general director of the 'Macros' series and the 'Aquarion' series in this work, is the first time that the original author, Jun Imaizumi, has staged the stage to challenge 'making the game a movie' I have seen it.

'The Movie version Who's Alchemist' is a story depicting the world two years after the game version , and the story is as follows.

It contains high school girls, Kasumi, who have been summoned to the Babel continent from a casual appearance, figures of characters using alchemy and magic, and images of the magnificent Babel continent. As guided by the voice, 'The fate of the world depends on you,' Kasumi is engulfed in numerous difficulties. 'Why' she was chosen ... Even though he is puzzled, he is drawn to face and grow himself.

A special broadcast video of 'The Alchemist for the Movie version' is also available.


Jun Imaizumi, the original author at the stage, said that 'I'm interested in alchemy,' and adopted the opinion of Shoji Kawamori, who tries to incorporate unique elements into the theatrical version with Norinori It was decided that the setting was made two years after the game version of Alchemist. 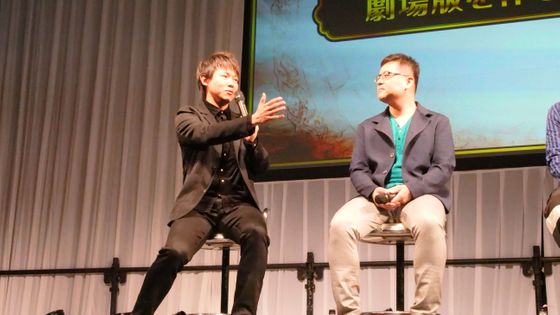 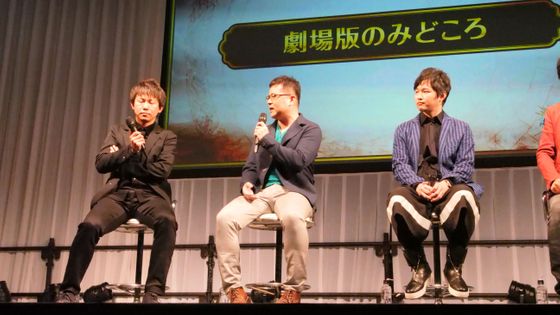 Kawamori played the game version for himself. 'The people who play the game play for hundreds of hours, but the movie ends in two hours. Hundreds of hours are' simply summarized 'in two hours, making it easy for anyone not playing the game to understand 'It was a challenge,' he said, saying that the difficulty of 'making films of games unique' was difficult. In order to clear the difficult place, the main character is said to be flying to a different world, like the anime “Esca Flowe of the Heavens,” which Somoto Kawamori was in charge of the original more than 20 years ago. In the case of this film, the protagonist Kasumi of the theatrical version is the story of being summoned to the Babel continent from the real world. Ryota Kashisaka is a self-introduction and shows off Edgar L. Leonhardt's own decision line, 'Don't let the girl flow tears. There's nothing more important than that.' Edgar is the main character of Chapter 2 of the game version. It seems that there were various things during the two-year work period up to the theatrical version, and even if you see him from the acting Sakasaka, the character is almost different. Edgar's growing figure is also a highlight of this work, and the original Imaizumi described his work as 'a youthful group drama.' Mr. Torusaka, who was asked by Satoshi Ito of the presidency about common points with Edgar, told me that he might be a place where he is stubbornly having something he can not give. To commemorate the 40th anniversary of Sogo Kawamori's career, he plans to hold the Shoji Kawamori EXPO from May 31 to June 23, 2019. Speaking of Sogo Kawamori, it is a robot. On the stage, the robot 'Demon of the Darkness' appeared in the Alchemist of this movie version was released. According to Akirasaka, the Dark Genie is quite a 'Kawamori-like' robot. 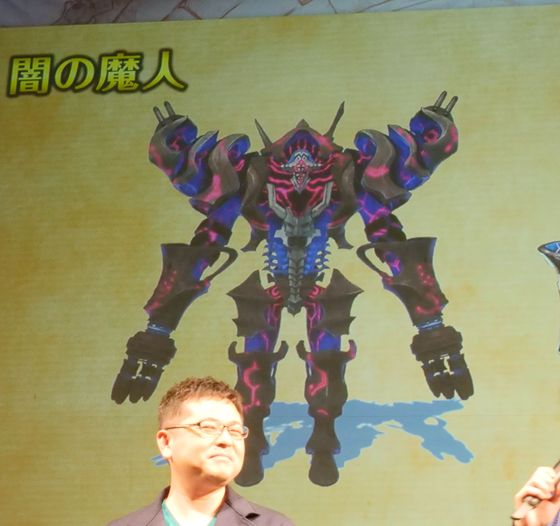 Movie version The Alchemist for Whom will be released on June 14, 2019 in 10 movie theaters such as Toho Cinemas Shinjuku. According to Imaizumi, 'On the day of the sale, we will prepare an amazing' something 'when we arrive. For that, we had to narrow down the number of movie theaters.' In addition, although it was not clarified concretely which work it is, it is said that a collaboration project with 'a famous work' by Sokawa Kawamori is also diligently proceeding. 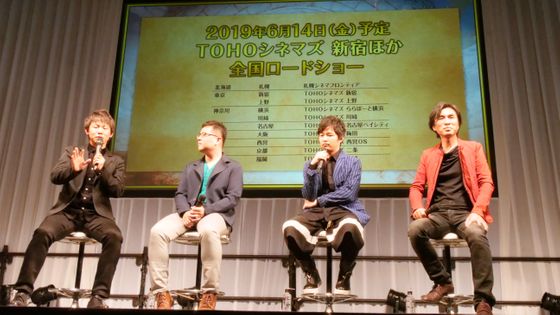