What is the hangover and sacrifice ability and the ability not to be sacrificed? 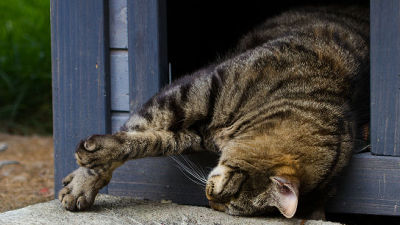 When you get a hangover, you notice a clear drop in performance, but there are also some abilities that are not affected by the hangover. Craig Gunn and Sally Adams from the University of Bath have announced what sort of negative impact the task performance will have in a hangover.

The hidden costs of a hangover
https://theconversation.com/the-hidden-costs-of-a-hangover-102059

People who have experienced hangovers should be able to easily understand how hangovers affect lives. However, surprisingly, the impact is different from human forecasts. For example, when it comes to test studies, comparing the performance of the elective tests received by hangover students and Shirafu students, it has been found that there is no significant difference between the two scores. However, even hangover students were dull at the time they studied, and this study only shows that information retrieval is less susceptible to hangovers. In addition, one of the symptoms of a hangover is 'fatigue', but it is also considered that fatigue may impair concentration. One of the tasks where concentration is important is “driving a car,” and when researchers researched past studies, only a few papers out of the 19 papers surveyed mention driving ability. It was three. Two of the studies said that hangover and loss of driving ability were not written. However, one other study showed how different levels of impaired driving ability differed between those who were affected by alcohol and those who were hangovers.

According to researchers, the driving level of a person with a hangover is the same as a person with a blood alcohol concentration of 0.05 to 0.08%. In Japan, the blood alcohol concentration is 0.03%, and this is equivalent to when you drink one bottle of beer during 'drinking driving', roughly. In other words, the hangover psychomotor skills are at a level that is not legally acceptable. Psychomotor skills include information processing on 'movements' such as moving hands and eyes in unison. As a result of investigating this psychomotor skill, it turns out that a person with a hangover has a delayed reaction time from the presentation of sensory stimuli to the reaction by behavior. In other words, if you are driving, you can react to other cars or delay the timing of changing the direction of the car.

As mentioned above, the basic part of brain information processing is affected by a hangover. So, if higher-order thinking processes such as decision-making, depression and mood control are affected, unfortunately there is not enough research in this area. If research in this field progresses, the relationship between a hangover and problems that occur at work, and the relationship between a hangover and performance should also be clarified. In the UK, it is said that £ 2 billion (approx. 3 trillion yen) is lost annually due to absenteeism and reduced productivity due to a hangover, and research in this field is highly required.