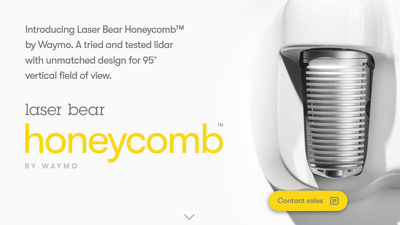 Waymo is sharing some of its lidar tech with other companies - Roadshow
https://www.cnet.com/roadshow/news/waymo-self-driving-car-lidar-laser-bear-honeycomb-sharing/ Waymo was originally an automated driving car development department within Google, but in 2016 it separated and became a subsidiary of Google parent company Alphabet. We are already conducting tests to run an automated driving car without a driver at public roads in Arizona State or California State in the USA. Also, at the end of 2018, we officially launched the automatic service car dispatch service " Waymo One ", which is the leader in the automatic driving car division.

Waymo One, a dispatch service that can ride on an automatic driving car, starts service 24 hours a day - GIGAZINE 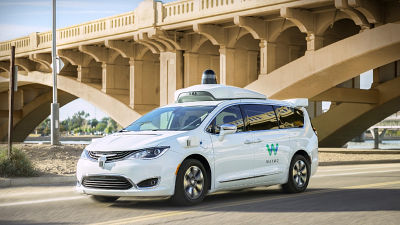 Waymo's unique LIDAR sensor called " Laser Bear Honeycomb " has a vertical field of view of 95 degrees and a horizontal field of view of 360 degrees, and it is possible to cover the sensor necessary for automatic driving car etc. with one sensor. Also, by irradiating light of different pulses , we can detect the position and shape of different objects. This will make it possible to detect the presence of people and bicycles further backwards blocked by objects in front, which will help to better understand the surrounding environment. Obviously obstacles in the vicinity of zero distance can also be detected, and it is a specification that is suitable for mounting in Waymo's automatic driving car.

Waymo said its own LIDAR sensor can bring significant technological progress even in areas other than automated driving cars such as robotics engineering, security and agricultural machinery, "said LIDAR sensor for its partners We announced it will sell. Detailed price etc. are not known, but enterprises of interest can consult Waymo from the contact form to purchase LIDAR sensor and exchange it.