The title " Pocket Monster Sword Shield " for the Nintendo Switch which will be a complete new work of the Pocket Monster series was announced, and at the same time "Galal province" which becomes the place of new adventure, "Sarunori" to become a partner Pokemon with a new work 3 "Hibbany" "Messson" The existence of a Pokemon is revealed. For three new partner Pokemon, various reactions are rolling overseas.

It is the new three partner Pokemon that becomes a topic every time a new work of the Pocket Monster series emerges. In "Pokemon Direct" where "Pokemon Sword Shield" was announced, detailed information other than the title / game screen / new region / partner Pokemon was not revealed, so the topic on "new partner Pokemon" is rising especially abroad pattern.

New partner Pokemon Twitter user who posts illustrations of 3 animals at once. I do not know which Pokemon to use as a partner among "three".


pokemon makes me so happy ... I do not even know which one i'll end up choosing, sobble, scorbunny or grookey .... ???? # PokemonSwordShield # pokemonday pic.twitter.com/TJD4Dinrr 5


A person who posts illustrations of three as well.


stop being mean to them them them are friembs !!!!!! pic.twitter.com/uFGwMmYWXH


Rabbits running around full of energy It seems that many users like "hibany" of Pokemon. 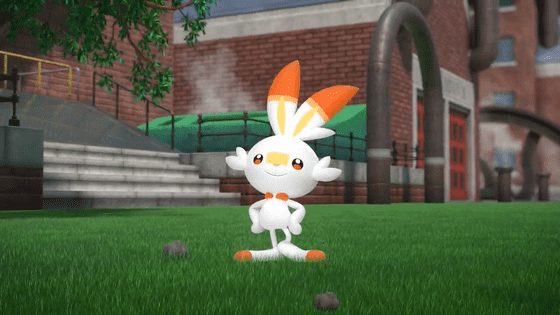 Although three illustrations are drawn also here, "Hibburny is my most favorite partner Pokemon!" And it seems that I decided to accompany the adventure at once.


Scorbunny is my favorite pokemon starter from gen 8! Pic.twitter.com/pyjOHzqqfX


"I saw the Pokémon Direct with Pokémon Direct, but like everyone else, I felt that I should not let any kind of hatred touch this innocent creature," he said earlier as he dogged Hibburny Trainer who is too long.


Saw # PokemonDirect and # PokemonSwordShield just like everyone else and I will NOT allow any kind of hatred to touch this innocent creature pic.twitter.com/epIIN1X9rR


Users who express love for Hibburny with pixel art as well.


"Messson" is "a little timidly hidden in the water while aiming while shooting, water lizard Pokemon", there are a lot of fans who have bothered with this setting. 
"How can you go without loving Meson who attacks me while hiding in water and crying?"


how can i NOT love the hiding water chameleon that uses crying to attack # sobble pic.twitter.com/25 ki VP 11 gs


Illustration of Meson who is instructed by the trainer to "Messson, a hydro pump!"


This Is How So Sobble Works, Right? Pic.Twitter.Com/Ke3Ft7fJAH


"When I think about Meson," I want to protect "" I want to see a situation growing up on health "" I love you very much "" I am shy and introverted but valuable cute little "


"Everyone may choose Hibburny, but do not pick my messson."


Y'all can have Scorbunny but do not pick on my son #TeamSobble pic.twitter.com/82AO4tqH0p


"I must protect my partner"


Overseas, there seems to be a lot of users who feel maternal to Messson, commenting "I must protect you!"

Hibburn, the opinion that Sarunori as a partner is not as good as Meson also saw the Tirahora.


Furthermore, looking at the trend on SNS at the time of article creation, the most popular partner Pokemon abroad is like Hibburnie.