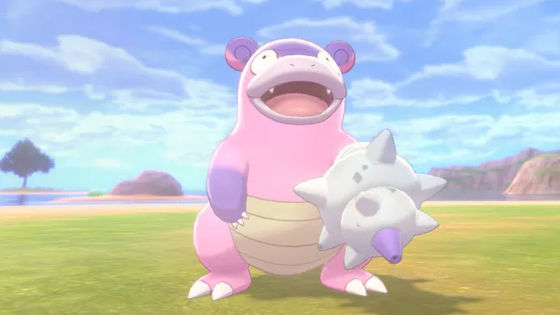 ' Pokémon Sword Shield ,' the latest Pokémon series that appeared for Nintendo Switch, was released on June 17, 2020, the first downloadable content ' Isolated Island of Armor '. This island with armor has a function that allows you to take your own Pokemon out of the ball and carry it around, which has become a hot topic in Japan and overseas as 'God function!'

In the Pokemon appeared in 1998, ' Pokemon Pikachu first walk brought Pokemon function' is implemented, then, at some of the work brought to walk function is implemented and has been. This function was not implemented in the latest work, Pokemon Sword Shield, but in the first DLC 'Isolated Island of Armor', the ability to carry a Pokemon is finally implemented. However, Pokemon can only be carried along with 'Yoroijima', which is the stage of the adventure of 'Isolated Island of Armor', and it is not possible to carry Pokemon on the stage of the main adventure of Sword Shield.

You can understand what it feels like to actually carry Pokemon with one shot by watching the following movie.

I know it's small but it made me so happy #PokemonSwordShield #NintendoSwitch pic.twitter.com/s0VOpVOV6E

However, the moving speed of Pokemon that follows the trainer seems to be different, for example, in the case of Yadon of Manuke Pokemon, I can not keep up with the trainer at all.

However, there seems to be some runaway yadon.

Yukihami is slow to move, so it seems difficult to have an adventure together.

All is well now with Nebby by my side in the overworld as Lillie would have wanted. :3 #PokemonSwordShield #NintendoSwitch pic.twitter.com/zR99sf35FY

I'm happy to take it with me
# Pokemon sword shield # Nintendo Switch pic.twitter.com/CNtCXJVYOe

I'm so happy that I look back on my life...! ! ! # Pokemon sword shield # Nintendo Switch pic.twitter.com/adzP04kZVP

It was also talked about that the wild sharks that were encountered at sea were “too scary”.

Is it a walking god of resurrection! It comes with you even when you enter the sea! ! ! Kyawa Toritodon. # Pokemon sword shield pic.twitter.com/QG7uYeIQbB

Pokémon trainers all over the world, such as the polygon Z of different colors, seem to be enjoying their adventures with their favorite Pokemon.

There are also Pokemon that show a very characteristic way of moving. Sand follows the trainer while spinning around.

Many Pokemon added in 'Isolated Island of Armor' are also walking around the field. For example, Kingler looks like a crab and walks sideways to follow a trainer.