The world's largest bee, which has not been seen for more than 30 years, is rediscovered by the expedition team 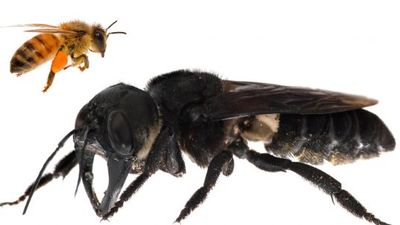 A bee called Wallace 's Giant Be is a kind of bee known as "the world's largest bee" discovered by explorer Alfred Russell Wallace in 1858. Such a Wallace's Giant Be was the last witness example in 1981, and in some cases it was concerned about extinction, but it was reported that it was discovered again in 2019 and was included in the photograph. Clay Bolt, a photographer who actually discovered the Wallace's Giant Bee in 38 years, explains about the whole discovery of the Molokka Islands in Indonesia.

It seems that Mr. Bolt knew the existence of Wallace's Giant Be was an essay by Science Writer David Kuommen . Wallace's giant bee in Indonesia's tropical rainforest is about four times the size of a typical bee, has a huge jaw like a stag beetle, and when it spreads wings it will be about 6 cm in length . 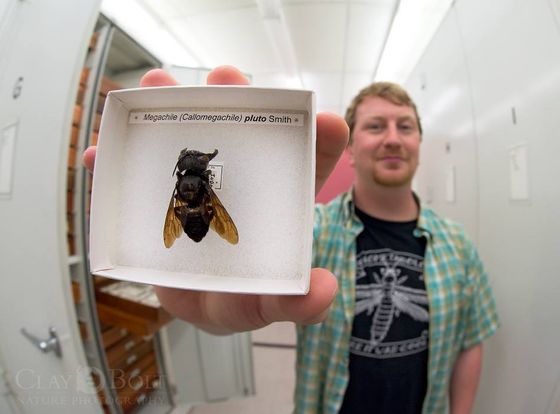 And Mr. Wyman and Mr. Bolt talked about the possibility of tracing the footsteps of Mr. Wallace and actually going to the North Molucca Islands. Eventually " Global Wildlife Conservation ", an American nature conservation organization, nominated "25 most wanted rediscovered" in a program called " Search for Lost Species " to investigate creatures thought to have become extinct Even when I started looking for candidates to do, Mr. Bolt recommended that I will nominate Wallace's Giant Be. Thanks to that, Wallace 's Giant Be are firmly nominated for 25 kinds of Search for Lost Species' rediscovered. In October 2018, Mr. Weiman and Mr. Bolt, Glenn Chilton , Canadian adventure writer, Simon Robson, a researcher at James Cook University in Australia, organized an expedition, and Wallace's Giant I started planning to go searching for insects including bee to the North Molucca Islands. And at the end of January 2019, all of us went into the Northern Molucca Islands and decided to explore the vicinity actually searched by Wallace.

Mr. Wyman and Mr. Bolt joined Mr. Chilton and Mr. Robson on Ternate Island , Indonesia, and also started exploring with local Indonesian guides Mr. Isuwan and Eka. As Wallace's Giant Be is known to make a nest in a mound made by a termite on a tree, the expedition team seems to have studied termites' mounds by walking in the forest.

Every day when entering the forest, look for the termites 'mounds, peep through the mounds at about once every 20 minutes and check that there are no Wallace's / giant bees' nests and search for the next mound Has been repeated. Mr. Isuwan, who has a very good eye that has discovered numerous mounds before the day when everyone was exhausted and became the last day of the search, is a termite mound located 8 feet (2.4 meters) from the ground I discovered.

While Mr. Bolt supported a rotten tree, Mr. Isuwan peered into the mound, Mr. Isuwan shouted out and shouted out as "something worked!" At that time, it seemed that he thought that the "snake" which posed a threat in the jungle was inside the mound, but once again Mr. Isuwan looked inside, the interior of the mound was wet and sticky. When I heard that, Mr. Weyman and Mr. Bolt were excited and as soon as Mr. Wyman peeked inside, it seems that he realized that there was a bee's nest in the mound. The internal structure is exactly the nest of the bee itself, Mr. Bolt lights the interior of the nest with the light, I found the Wallace's Giant Bee that I had been looking for for a long time.