16 Learning from a simultaneous interpreter Lomb Cato who has mastered the language self-study What is the significance of language learning? 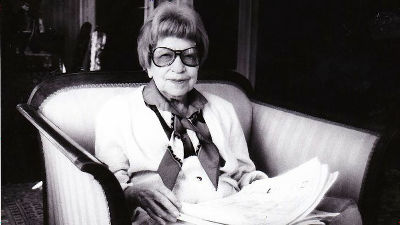 Hungarian translator Romb Kato is a "master of language" that mastered 16 languages including English, Chinese, French, Japanese and Russian by self-study. Her technique introduced for mastering the language completely by self study such as "Do not look up words in dictionary", "Learn phrases in sentences" "Grammar is reasoning and enjoying", etc. can be applied to all language learning It is thought that universal truth is hidden.

Mr. Kato, who master in self-study in Hungary domestically without migrating 16 languages abroad, is a great man to say as a "language professional" who had a level of degree of skill that allows simultaneous interpretation for five languages. Incidentally, Mr. Kateo recognized himself as "mastery" level in English, German, French, Russian, Hungarian which is the mother tongue, Italian, Spanish, Japanese, Chinese, Poland to the next level Language, Romanian and Bulgarian at the 3rd level, and 28 languages were available at the level where you can read and understand the written text, you seem to have acquired a language ability that you have been away from.

Mr. Mr. Kato is a book selling book " How I Learn Languages " which summarizes his own language learning styles, studied the secrets of language learning and has become the best seller all over the world. The following method that Mr. Kato introduced in learning languages is full of ideas to be helpful for everyone who wants to learn and master a language.

◆ Motivation × Time ÷ Fear = Result <br> First, Mr. Kato says that "motivation" is the key to mastering languages. "How much are you interested in that language?" "What do you want to do with that language?" "What does that language mean to you?" "What benefits do you learn from that language?" The motivation for language learning can be measured by answering it. And Mr. Kato thinks that what brings about progress is "learning time", and that which impairs his progress is "embarrassment or fear of being laughed at not being able to speak well", "motivation" × It seems that he had the opinion that the degree of progress of language is decided from the formula "time spent" ÷ "puzzle / fear". In other words, Mr. Kato thought that it is the way to the master without having to worry about having a high motivation to learn , not being able to use correct grammar or being unable to pronounce fluently, is. ◆ Three Language Experiences - According to Mr. Kato, it is better to experience the three states "autolexia", "autographia", and "autologia" in the language world. Autolexia means "to read for myself", because novels do not matter anything, so reading it over and over again, autographia means "to write for myself", to express your thoughts and casual everyday experiences It seems that autologia means asking for yourself in your own feelings using the language you are learning.

Reading the novel - Mr. Kato said that general language study texts that repeat interactive questions will get bored. Mr. Kato seemed to have chosen favorite mystery novels and romance novels for his novels, using "novels" written in a language unknown at all in place of text as learning materials. And I do not understand words, grammar, etc. and I will read and infer . Because important words appear again, not just on the spot, "the word itself explains its meaning". 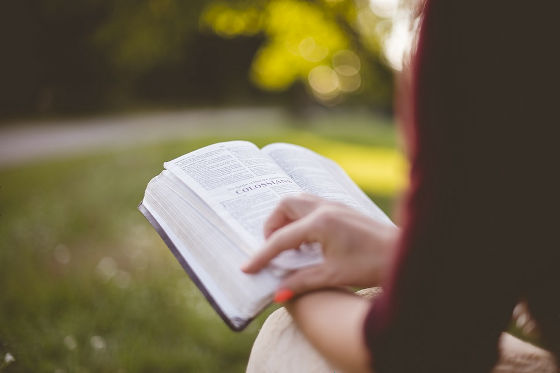 "To check every time with a dictionary or a reference book breaks the mood because it interrupts the act of reading, and deprives the enjoyment to discover," Mr. Kato said. Also, if you can not understand it, do not go back and read back, skipping and reading forward. It seems that Mr. Kato thought that interrupting the act of reading would be a big obstacle to learning . Mr. Kato said that he was taking the style of repeated reading while writing what he could understand in the margin of a novel that is also a study book. According to Mr. Kato, if you understand and memorize based on the context, even if you forget a single word, the effect of reminding from the surrounding words appears.

◆ Do not ask for perfection Mr. Kato said that he was able to continue to feel "fun" without leaving in constant learning languages. It is an important key to language learning to continue to have fun learning at all times without worrying about failures, and it seems that languages were able to master one after another by repeated efforts.

Mr. Kato's home country Hungary seems to have a proverb "There are people who do not know if halfway knowledge", "Mr. Kato said," Even if you are immature, the only one that knows better is the language " Says.