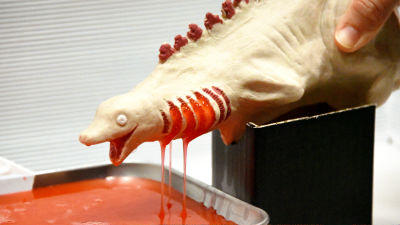 In the movie "Shin Godzilla" Godzilla will change its appearance to five forms, but the second topic that is particularly popular among them is the nickname " Kamata's guy " or " Kamata kun ". Since such a second form became a nozzle for a ketchup indeed, it appeared in the wonder festival 2019 [winter] , so I took it.

"Shin · Godzilla second form ketchup nozzle modification" is sold is 5-38-10 " Kashago Manufactory ". Exhibition which is completely different even at the One Fest site. Kamata Kun who is the second form when Godzilla landed in Kamata in film Shin Godzilla. At the time of landing, Godzilla spurts blood from Ella, but this "Shin · Godzilla second form ketchup nozzle reform" was made to reproduce the scene in ketchup. Kagome tomato ketchup 180 g seems to be made so as to fit perfectly, but in the exhibition the reddish rather than the ketchup was used. 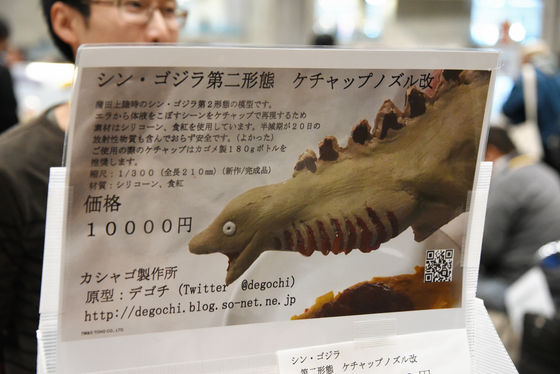 When I press the edge of Kamata-kun with my hands guts ...... 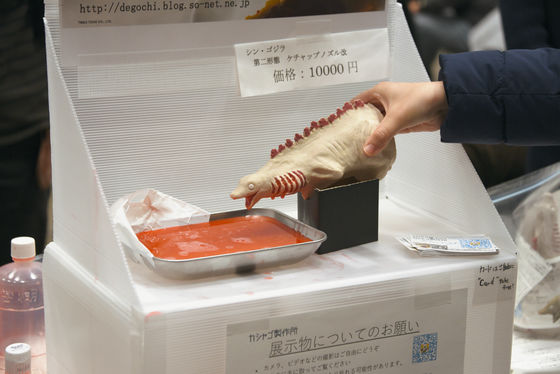 Ketchup flows from the Ella part with a muddy. The momentum is rather weak, but it seems that Dopedop and ketchup are overflowing later. 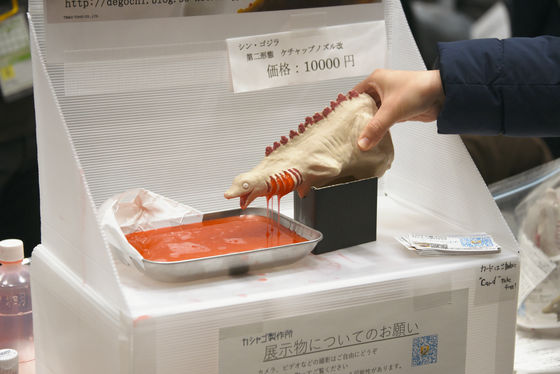 A cute (?) Look and somewhat grotesque ketchup outing are likely to be said to reproduce the original faithfully in a sense. 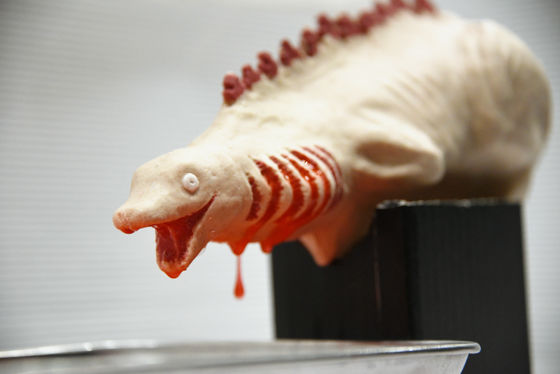 "Shin · Godzilla second form ketchup nozzle modification" has a total length of 210 mm and a scale of 1/300. A finished silicon product was sold for 10,000 yen. The creator Diggchi uploads the production process of Shin Godzilla No. 2 ketchup nozzle to YouTube, so it is also necessary to check here.