Pointed out that browsers' 'tracking refusal function' has little meaning 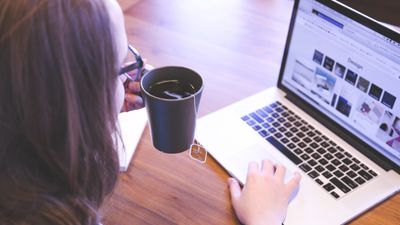 For those who dislike the website's ability to track user's information without permission, many browsers can set the "Do Not Track" setting. However, the official blog of " DuckDuckGo " which is a search engine holding privacy protection pointed out that "This tracking refusal function has little meaning in practice."

The "Do Not Track" Setting Does not Stop You from Being Tracked
https://spreadprivacy.com/do-not-track/

The tracking refusal function is prepared for browsers such as Chrome and Firefox under the pretext of "preventing websites encountered during Internet browsing, information analysis companies, ad networks, providers, internet services, etc. from tracking your actions" It has been.

Although it is very convenient to be able to refuse tracking as a function of the browser itself without checking the privacy settings on individual services, according to DuckDuckGo, unfortunately the browsing refusal function of the browser is not effective about. Actually, the tracking refusal function itself does not have a function to prevent tracking, but it seems to only send a signal voluntarily to the website "this user is refusing tracking". In addition, when asking if the government thinks that regulation "companies must respect the tracking refusal function set by users" is necessary, it seems that 71.9% of people think that it is necessary. 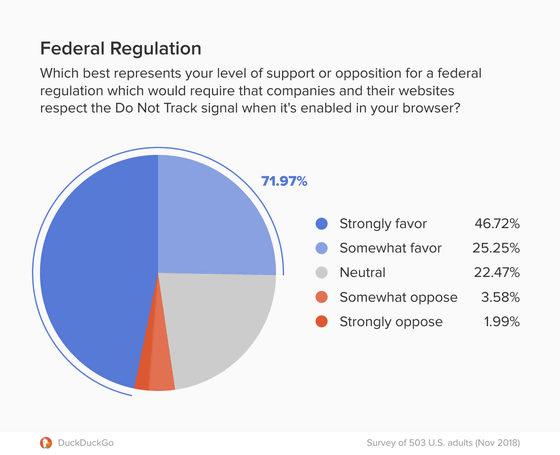 Apple Is Removing 'Do Not Track' From Safari
https://gizmodo.com/apple-is-removing-do-not-track-from-safari-1832400768 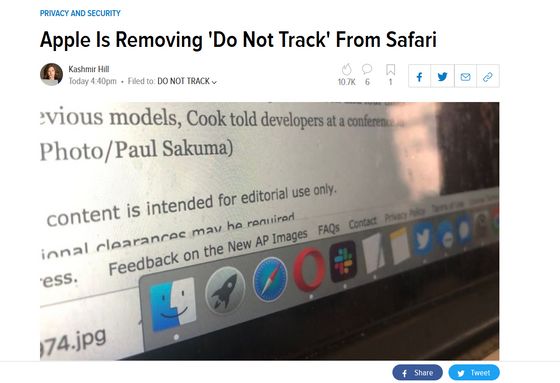