How can I warm my body in cold weather? 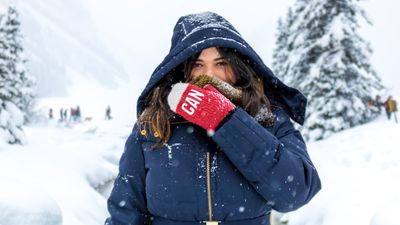 In cold weather the body will also get cold and there are many people who think that "I want to hibernate for the winter for the whole winter," but it is inevitable to go out even in winter due to work or errands. There, Associate Professor John Eric Smith, a physiologist at the State University of Mississippi, explains how to keep the body warm against the cold.

It's cold! A physiologist explains how to keep your body feeling warm
https://theconversation.com/its-cold-a-physiologist-explains-how-to-keep-your-body-feeling-warm-108816

It is well known that blood carries various nutrients and oxygen, but blood does not carry only such substances. Blood also carries the role of carrying the heat generated when the muscle is moved near the surface of the skin and releasing heat. When a person feels cold, the body attempts to maintain the heat of the torso where important organs such as internal organs gather, while concentrating blood on the torso, it reduces blood flowing to the skin. Smith said that this prevents precious heat from being released from the skin.

Also, as a strategy effective for people to maintain fever, there is "to actively move muscles". By moving the muscles it is possible to increase metabolism and create more heat. If you are walking outside on a cold day in winter, your teeth may rattle and your arms and legs may tremble. The tremors of the body which seemingly meaningless reactions decompose many nutrients by moving the muscles, which leads to raising body temperature.

Of course, there are differences in the manner of feeling coldness by people, some people feel that it is cold even if they are similarly dressed at the same temperature, others also feel good. A person with a low body fat percentage is more likely to flee heat than a person with a high percentage of body fat, which makes it easier to feel cold. In addition, it seems that there is a strong tendency towards cold, because the larger the body, the more muscle mass that generates heat and the amount of fat that functions as insulation material increases. Many people try to maintain warmth by wearing clothes in cold weather. To counter the cold by wearing coats, hats, gloves, thick clothes and placing a large number of sheets on top of each other, effective countermeasures to make it harder for the body's heat to escape outside is. It is important that the clothes themselves not warm the body, but that it is important to prevent the spread of heat, Smith says.

On the other hand, many people believe that much heat escapes from the head, but in reality the heat escaping from the head is not so much as compared to other parts of the body. Although wearing a hat on the head but not wearing a coat will cause a large heat loss, the heat of the fuselage does not escape by wearing the coat, the blood flow to the limbs is also maintained and as a result It seems that the end is also warmed.

However, as much as it is troublesome to take off or take off the cold, Smith says that it is not recommended that you stay wearing a coat even in a heated room. If you leave your coat on, your body temperature will be too high, your body will sweat and try to release heat. However, as it is sweat as it gets out cold outside, the heat gets steadily deprived of sweat from the body. Therefore, it is important to properly dress and take off depending on the temperature of the place. It is also effective as cold countermeasures to generate heat by promoting decomposition of nutrients by moving the body and contracting the muscles a lot. When it is cold it makes me want to shrink my body gently, but I can raise my body temperature by daringly trying and trying to jump. However, if too much body is moved too much and the body temperature rises more than necessary, it is best to keep as much exercise as the body sweats in order to escape the heat. 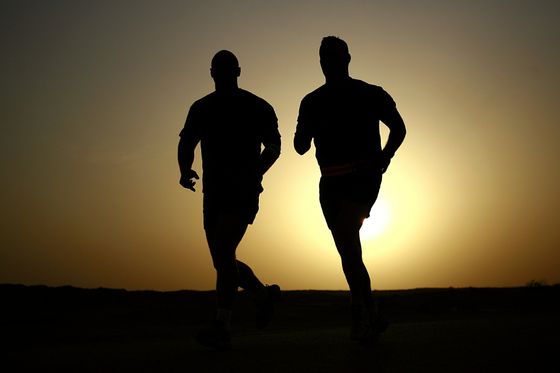 And "eating" also affects the rise in body temperature. People who are accustomed to camping outdoors because of the work of digesting and disassembling foods may generate snacks before going to bed to keep the body warm, Smith said.