How does bread cause migraine? Migraine is not only a headache, but also includes symptoms such as nausea, vomiting, photosensitivity, and dizziness, afflicting tens of millions of people as the third most common disease in the world. The causes of migraines vary from person to person, but they can also be caused by the environment, hormones, heredity, and certain foods such as cheese, red wine, and chocolate. In recent years, migraine caused by gluten has attracted attention, and Lauren Green, Associate Professor of Neurology at the University of Southern California, explains the mechanism.

How does a piece of bread cause a migraine?
https://theconversation.com/how-does-a-piece-of-bread-cause-a-migraine-126421

An autoimmune disease that is triggered by an immune response to gluten, a type of protein contained in wheat, barley, rye, etc., is called ' celiac disease '. A recent study has found an association between gluten intake and migraine in celiac disease patients. 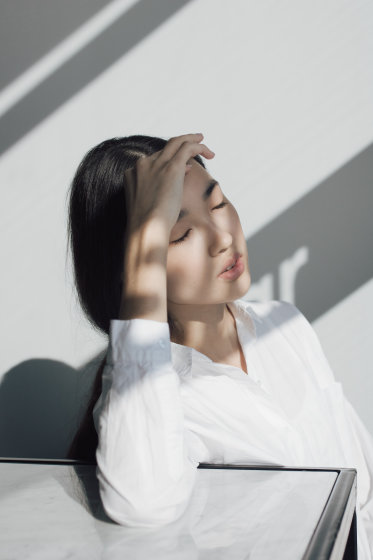 When a person without celiac disease consumes gluten, the food goes through the gastrointestinal tract and the nutrients are absorbed. On the other hand, in the body of a person suffering from celiac disease, the immune system regards gluten as an enemy and attacks. The transglutaminase antibody used in this attack destroys gluten, but the problem is that in this attack, human healthy tissue is also destroyed. Gluten is absorbed in the gastrointestinal tract, but antibodies find gluten that is absorbed and break down cells.

For abnormalities such as tissue damage, the body is inflamed , a warning sign. Inflammation occurs throughout the body and may manifest in the form of gastrointestinal problems, fatigue, difficulty learning, and headaches. When CGRP is released, blood vessels in the meninges are dilated and proteins and water flow into the meninges. This stimulates the trigeminal nerve and sends messages to other parts of the brain, such as the thalamus , where pain is perceived, causing migraines. In 2018, a drug called CGRP monoclonal antibody was approved by the US Food and Drug Administration as a migraine prevention drug. This drug prevents CGRP from binding to the receptor.