Cotton germinates in the lunar surface explorer in China, plants grow for the first time on the moon 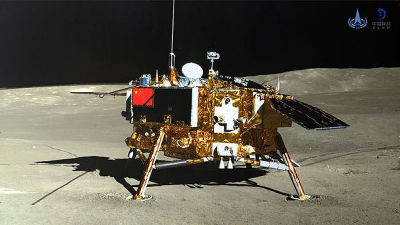 The following article can be confirmed about the achievement of "嫦娥 # 4" which succeeded in landing to the back side of the moon. 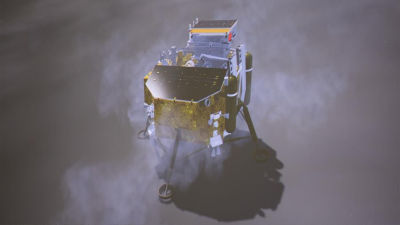 Earth creatures such as cotton, potato, rape seed, silkworm (eg silkworm) eggs are brought in No. 4, and biological cultivation experiments on the moon were planned. Meanwhile, on January 6, 2019, it was confirmed that cotton seeds germinated in potted plants in Unit 4 after landing.


A state of the third day of the soil in which cotton seeds planted in a special container keeping the temperature constant on the lunar surface where the temperature difference between day and night is intense. 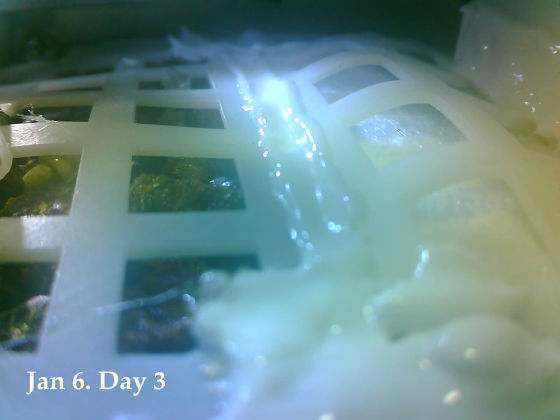 Day 4. Buds can be clearly seen on the left side of the screen. 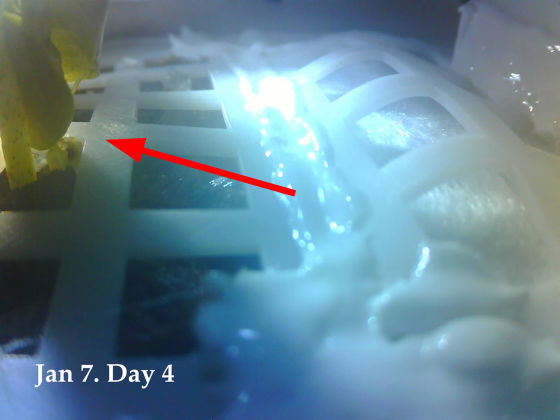 On the ninth day the stem gets thicker and another bud appears to germinate. 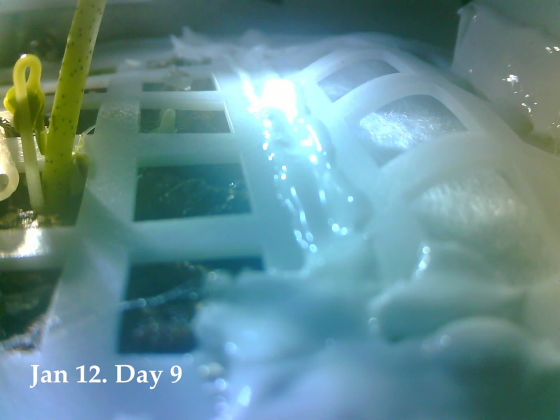 It is the 4th which achieved the historic achievement of first successful germination of plants on the moon, but we will also challenge the development of potatoes, oilseed rape and silkworms from now on. The Chongqing University Advanced Technology Research Institute, which leads the lunar explorer plan, plans to build a "small ecological system on the moon" that carries out the photosynthesis of other plants using carbon dioxide exhaled by hatchery silkworms.