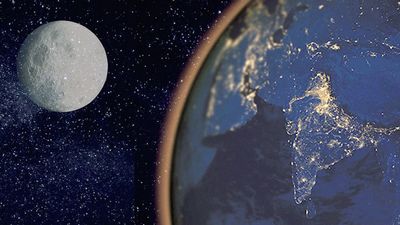 The Indian Space Research Organization (ISRO) held a series of conferences on June 12-13, 2019, and announced the launch date of the Indian lunar probe and the unique space station construction plan. If both plans are realized, India will become the world's fourth 'space powerhouse' that has succeeded in soft landing on the moon.

India to have its own space station: ISRO-The Hindu
https://www.thehindu.com/sci-tech/science/india-to-have-a-separate-space-station-isro/article27898707.ece

India hopes to become fourth country on the moon in September-CNN
https://edition.cnn.com/2019/06/13/india/india-moon-mission-intl/index.html

Secretary of the Indian Space Research Organization (ISRO) Kailasavadivoo Sivan, at a meeting on June 12, 2019, 2:15 am on July 15, 2019, with a space rocket carrying the lunar surface explorer ' Chandradyan 2 ' We announced that we would launch at (6:21 am on the same day).

The Lunar Exploration Project in Hindi, which means 'Vehicle of the Moon', is the successor to the Chandra Yarn 1 launched by the ISRO in October 2008, and the Orbiter explores from orbit. , Landing on the moon, ' Landing ship : Bikram', and 'Exploration rover: Pragyan' to conduct lunar exploration. 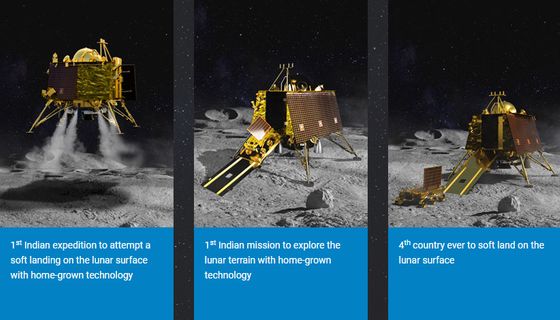 permanent shadow on the Moon's Antarctic, where all sunlight does not strike, and observation of seismic activity. In addition to using the GSLV-MkIII rocket originally developed by India for launch, it is also said that the lander and rover, which are the key of the lunar surface exploration, are made in India.

At the meeting, Sivan said, “The 15 minutes for the landing vessel to arrive on the moon is a key point,” and expressed enthusiasm for a difficult mission. If the Lunar Exploration Program is successful, India will be the fourth country in the world to have successfully achieved a lunar landing, following the US, USSR and China. 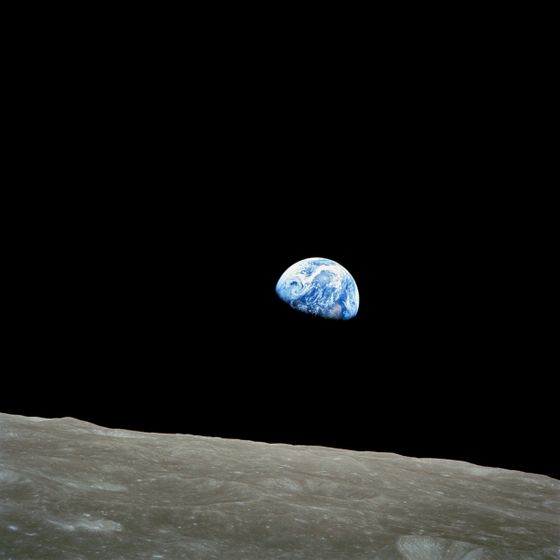 In addition, Sivan also held a meeting on June 13 the next day, and announced a plan to develop its own manned space station by 2030. India has long announced a launch plan for the “Gaganyan Spaceship” to realize the world's fourth manned space, and the construction of the space station is considered to be an extension of this project.

India announces that it aims at manned space flight by 2022, if it is realized, it is the fourth in the world-GIGAZINE 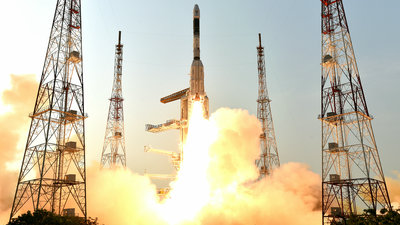 The space station is a relatively small 20-ton class, and its main purpose is to conduct microgravity experiments. In addition, the Space Station will be 100% India alone, independent of other international projects, but 'In the future we plan to participate in international manned space exploration missions further than the moon.' Says Sivan.

According to Indian media The Hindu , in addition to the project announced this time, ISRO also plans 'Aditya-L1' to observe solar corona from the Earth's orbit, and a Venus exploration mission.