Apple revised its forecasts for the first quarter of 2019 downwardly, stock prices plummeted to a level rarely seen in recent years 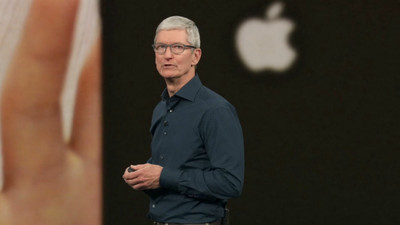 In the US stock market on January 3, 2019, Apple's stock price plummeted by about 9%, and it recorded the lowest price of 143.80 dollars (about 15,500 yen) for the first time in eight months. The announcement that Apple's Tim Cook CEO's downward revision of the business forecast is in the background is plummeting, and Wall Street investment enterprises are forcing downward projections of the entire market, including dropping Apple's target price.

On January 2, 2019, Apple's CEO Tim Cook announced the first quarter results correction in 2019 titled " Letter from Tim Cook to Apple investors " Did. Among them, the outlook for the first quarter of 2019 explained by Cook CEO is as follows.

However, the business outlook provided in November 2018 is

, And Cook CEO has made a downward revision of its performance than before. In the announcement, CEO Cook said, "Differences in the timing of iPhone release," "Currency exchange currency," "Sharp increase in new products," "Sluggishness in some emerging markets such as China" and so on. And for these reasons, he says, "We have less iPhone upgrades than we expected." Regarding sluggishness especially in the Chinese market, CEO Cook said, "The economy of China began to slow down in the second half of 2018. According to the government report in September 2018, China's GDP growth rate is the second lowest in the past 25 years It seems that the economic environment in China is further affected by rising trade tensions with the US As the rise of uncertainty puts pressure on the financial market, its impact seems to extend to consumers It also seems to me that the traffic to Chinese retailers and affiliated companies has declined. " In the Greater China region, iPhone's sales are inevitably lower than expected, he stated that he made a downward revision. 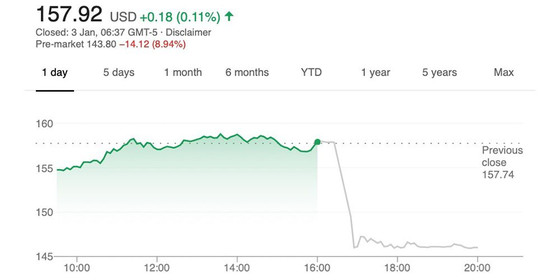 Goldman Sachs says that although there is no certain evidence that Apple's consumers are slowing down in 2019, it is the reason for downward revision that Apple is very vulnerable to the overall economic situation comment. Daniel Ives, an analyst at Wedbush, says, "On the night of January 3, 2019, it is the darkest day of the iPhone era for Apple and it means that future growth will be difficult." I am talking.