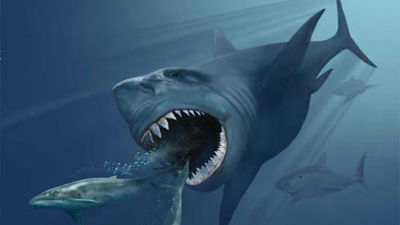 The extinct huge shark " Megarodon ", which is said to have lived in the ancient ocean and predicted whales, is still alive now? In addition to being told, Jason Statham is made into a movie in the form of fighting, and creatures that are often raised in contemporary times. There are many mysteries as to why that ecology and why it was extinct, but new research shows a new possibility of why Megalodon has become extinct.

Megalodon may have been warm-blooded - and this may have ultimately doomed the huge predator
https://www.zmescience.com/science/megalodon-warm-blooded-0492/

Hokkaido shark has developed an image called "eating cane" from the influence of movies and others, but ZME Science of scientific media says that Hojo shark is like Guppy compared to megalodon. Estimation of the largest individual of the shark's shark is about 6 meters, but Megalodon said that there are also 20 meters more individual than the whale shark, which exceeds 13.7 meters in length. It weighs as much as 2 tons, and sharp teeth are said to have 18 centimeters, as much as a human palm. 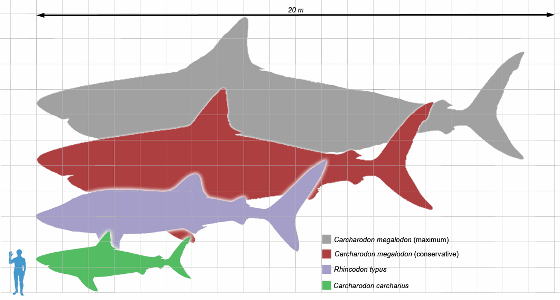 From early fossils it is suggested that Megalodon existed 23 million years ago and researchers in Switzerland in 2014 announced that signs indicating the survival of Megalodon were discontinued 260 years ago . I do not know why Megalodon has become extinct, according to a new study published at the annual conference of the American Geophysical Union, it seems that temperature regulation was largely involved.

Researchers at William Paterson University, the University of California at Los Angeles and DePaul University analyze stable isotopes such as Oxygen 18 and Carbon 13 contained in enamel of Megalodon's teeth using the method called stable isotope measurement (CIT) By doing that, I examined the body temperature. The abundance ratio of isotopes changes with temperature, and the less isotopic means the enamel is made with the body with higher body temperature.

In order to check the accuracy of this method, the team first analyzed wild or aquarium sharks, and the accuracy was verified. After that, analysis of megalodon and other ancient tooth teeth showed that megalodon was shown to be slightly hotter than other ancient sharks that existed at the time and sharks living in the present age. The temperature of the ancestor of the white shark and the blue shark living at the same time as Megalodon was 20 to 30 degrees, but the body temperature of Megalodon was 30 to 40 degrees and it was about the same degree as the temperature-controlled animal such as a whale. In addition, researchers are planning to analyze isotopic ratios such as calcium 44, calcium 40, oxygen 16, oxygen 18 in megalodon's teeth. Calcium 44 and calcium 40 reveal what megarodon was eating at that time, and from oxygen 16 and oxygen 18 there is a possibility that the state and temperature of the seawater at that time can be found out.