Modern people may be called 'chicken people' for future people 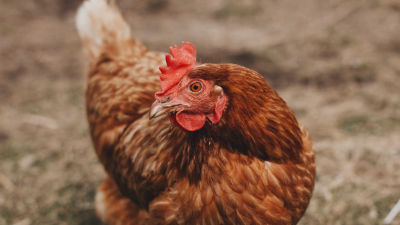 When referring to distant past culture, there are things like pottery or tools that were done at that time like " Ribbon paper culture pottery culture " is used. Just like this, when people in the far future roughly classify contemporary people, modern people may be called "Chicken People (Chicken People)" and Science News Site Live Science It marks it.

Future Humans May Call Us the 'Chicken People,' and Here's Why
https://www.livescience.com/64280-chickens-taking-over-world.html Today, the total weight of chicks raised in humans exceeds the combined weight of all the wild birds. It seems that there is a possibility that chickens raised in such a large amount may be used as proof of the future scholars as "proof that human beings lived here". According to the 2018 December to open access scientific journal of the Royal Society Open Science latest of which was published in the research, fossil of the bone of the chicken is a new geologic era category " people Miocene important to ascertain the (Antoroposen)" It is said that there is a possibility that it will be evidence.

Geologists who published the research results Carrie Bennett and his team are conducting research to find future markers for future scholars to confirm the "anthropocene" in the geological age. Despite various theories, Antroposen is defined as a new geological age classification beginning with "the era when man appeared as a major propulsion force in the global environment", and it is defined as the era when the global environmental change occurred through agriculture and industrial revolution . According to what Bennett told Live Science, one of the key elements for identifying the age era is " fossilized fossil ." Criterion fossils are also called standard fossils, which are "those not presently", "those whose form has changed due to a short age", "conditions that the distribution area is wide and many are discovered" Yes.

The modern chicken is exactly what fulfills the conditions suitable for the standard fossil of the anthropocene. The condition "Distribution area is wide and many are discovered" is clear from the number of chicks raised on the earth, and the number is said to be about 21.4 billion. The number of 21.4 billion animals far exceeds the total number of other birds inhabiting the earth, and it is estimated that the total weight (or biological quantity) of chickens will amount to as much as 5 billion kg. And chickens are creatures that can be found all over the world, estimated to be 62 billion in 2014 in one year.

Furthermore, Mr. Bennett says, "If the future archaeologist finds a fossil of a modern chicken, it will soon notice that this chicken was not born naturally." The fact that the bones of the modern chicken are changing greatly has been confirmed by analyzing the bones of the chicken feet from the bone database of animal found in London. The oldest chicken bones stored in the database are those of Roman era beginning in AD 43, and the chicken at that time seems to be as small as the wild sex scrub . As around the year 1340, chickens domesticated by human hands began to appear, the size is large, evolving more heavily. This is considered to be the result of selective breeding at the time.

Later, around 1950 the chicken bone dimensions begin to change even more. The bones of the legs of young chickens for modern broilers have evolved to nearly three times the width and twice the length of sexky cay which was almost the same size in the past. From this, it is speculated that the amount of chicken in modern chickens will be 4 to 5 times as much as that of the same chickens of 1957, which is "surprising," Bennett said. 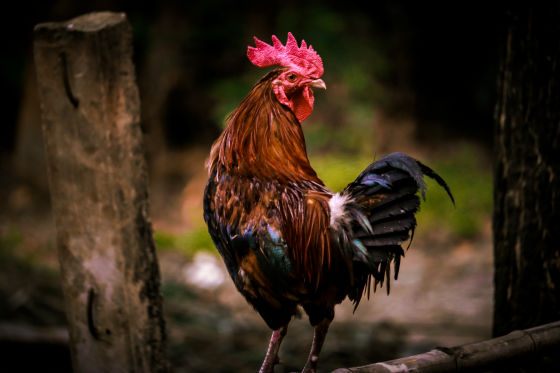 It is not by chance that the modern chicken evolved greatly so far. It is obvious that this is the result of repeated trial and error seeking livestock farmers to grow bigger and faster growing chickens. At its cost, modern chicken bones are more porous and brittle than wild birds, and broiler chickens are usually slaughtered by week 7 of the age, but even if there is a chance to survive any more, well He seems to be unable to grow.

The International Stratification Committee, which is composed of scientists from around the world, is an organization that defines the age of era used to understand the history of the earth. Anthroposen has not been officially adopted yet, according to Mr. Bennett, it will take many years before it is adopted. Still, Mr. Bennett seems to believe that chicken bones may also become a reference fossil of anthropocene, along with "a mixture of lava and molten plastic" and "lead made as a deposit of leaded gasoline" is.